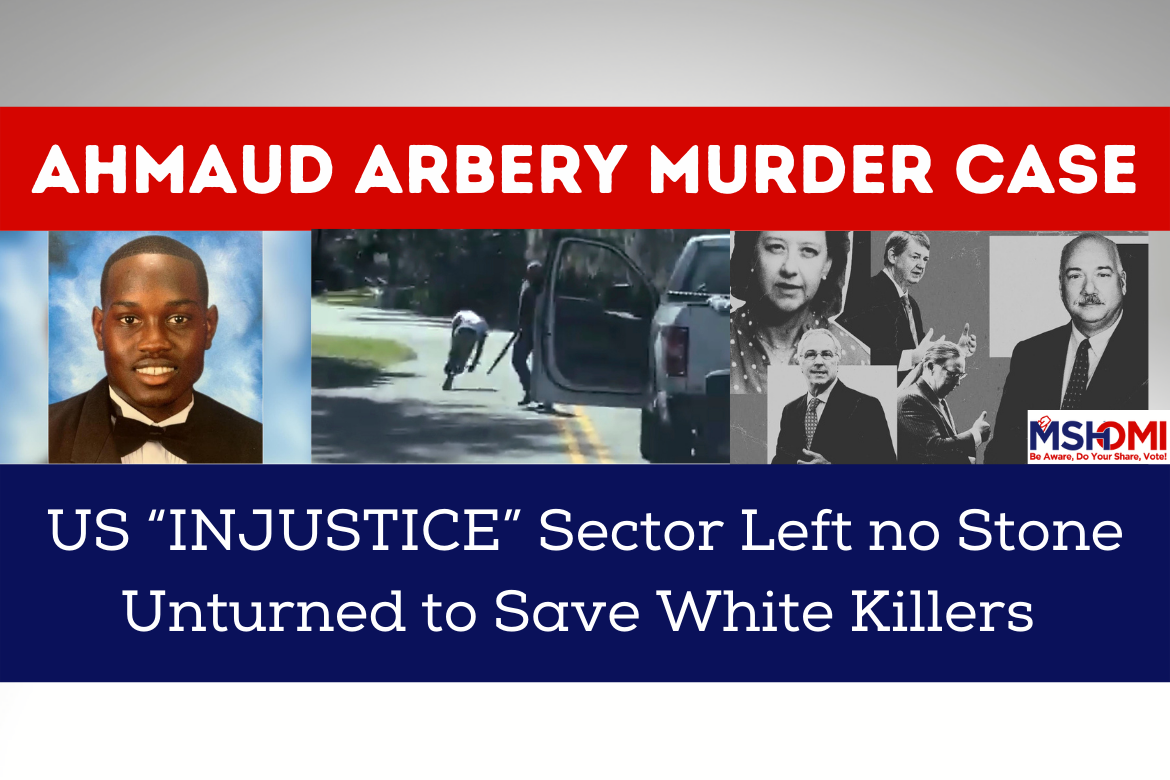 The murder trial of Ahmaud Arbery has exposed the hidden bias in the US justice sector once again. A Black man engaging in daily activities like running can be exposed to the danger of being murdered in broad daylight.

The reluctance to prosecute White men until the video went viral depicts that a crime like murder can go unprosecuted if someone fails to make a video of the incident.

Not only this, but the Glynn county officials delayed the prosecution, ultimately lingering on the start of the trial to save the McMichaels and their neighbor.

A district attorney named Jackie Johnson said that Greg McMichael worked in her office for 20 years as an investigator, giving the accused a clean chit.

The defense lawyer built the case along the same lines, believing that the accused was well aware of the gun training, so he acted in self-defense.

Glynn County District 5 Commissioner Allen Booker signified that the police went to the scene to arrest the accused, but the attorney asked the police to save her old friend.

Although Johnson quit due to the conflict of interest, it did not make much difference to the prosecution.

George Barnhill, the attorney who took over, refused to charge McMichael after seeing the video and all evidence.

The system tried to favor McMichael to the maximum possible extent because of his connections within the investigation agencies.

Barnhill, the attorney, sent an email to law enforcement agencies justifying the death of Ahmaud Arbery and putting the blame on McMichael’s mental health, making a false claim that Arbery was armed with a weapon.

The stage was all set for the white men’s acquittal at an early stage when an attorney representing Arbery’s mother found a connection between Barnhill and her own son on Facebook, which ultimately led to the exit of Barnhill from the case due to the conflict of interest.

Read More: George Floyd Murder Trial will Serve no Purpose if Police is not Reformed

White Jury was Elected to Save McMichaels

The composition of the jury was itself decided based on racial factors. The jury which oversaw Ahmaud Arbery’s murder trial had 11 white members and only one Black juror.

Although it is a common notion that all is good if the end is good, the disproportionate jury was made to orchestrate the justice in favor of the McMichaels.

Out of 48 potential jurors, twelve were Blacks, and lawyers were given a choice to choose among them.

The defense lawyer struck all of the Blacks down except one, which raised the impartiality of the case purely driven by racial interests even before the start of the trial.

Judge Timothy Walmsley, who was presiding over the case, did acknowledge the “intentional discrimination” to filter out the jury but claimed that the defense layer had enough non-racial arguments to filter the Blacks.

The racial biases did not end here. Kevin Gough, the defense lawyer, tried to remove Black activists, including Al Sharpton, from the courtroom, although he failed to do so. The lawyer argued that Black activists tried to provoke “public lynching” of his client, which prompted racial tensions in the courtroom.

The threat to a man’s life performing daily life activities like jogging is itself a dangerous and unprecedented situation.

Experts believe that wearing bright colors to t look non-threatening and jogging in the daylight can help Black people avert these crises. However, Ahmaud Arbery was observing all of these protocols with white shorts on and jogging in broad daylight, yet ended up dead.

As all three men involved in the incident have been convicted and are expected to serve the rest of their lives in prison, the verdict will be an overwhelming defeat against the racists who always try to perpetuate hate by driving their criminal intent toward people of color.

The very reason which prompts whites to police Blacks needs to end. All of this is happening while the voices for eliminating woke teachings from schools are rising, which signifies that instead of eliminating these teachings, there is a need for revising the curriculum to include more of such teachings.

While the Kyle Rittenhouse verdict also sparked racial debates about the white supremacy in the US and the court’s habit to prove whites not guilty, this time the verdict should be welcomed, but it must not blindfold anyone about the persisting racial biases that tried to save McMichael in the early stage of the investigations.