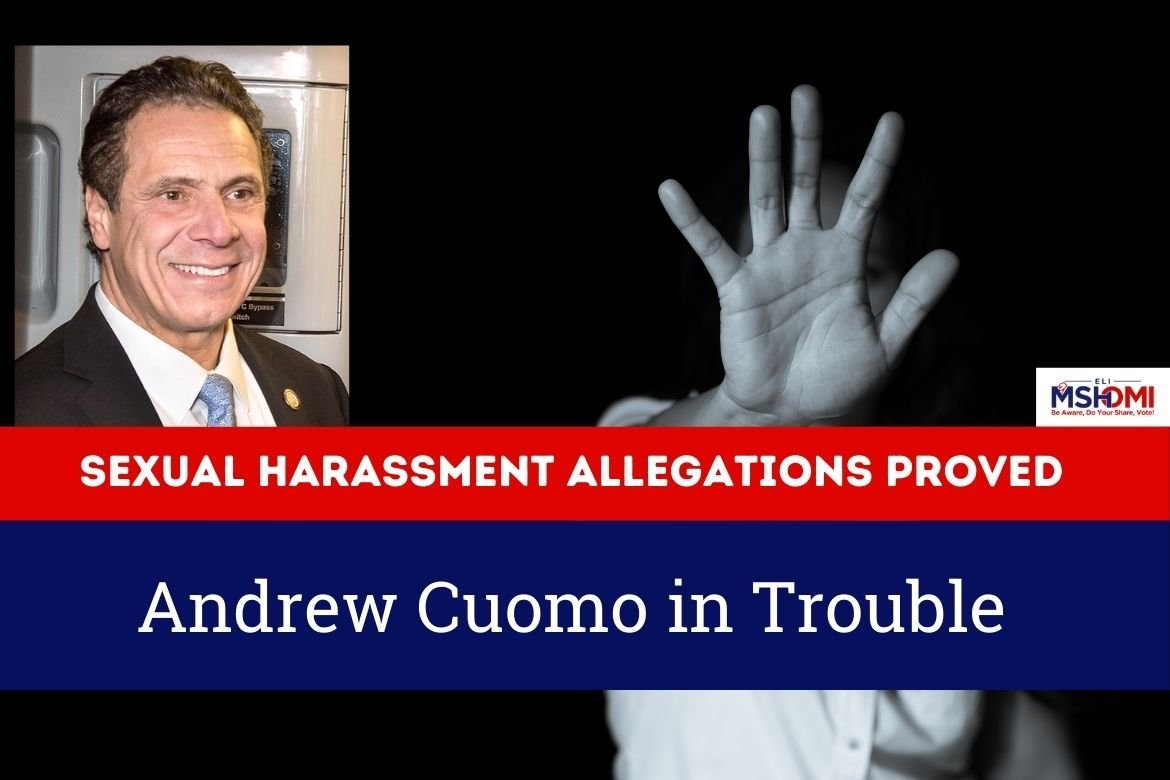 The third-term Democratic governor Andrew Cuomo of New York has been finally proved guilty of sexually assaulting 11 women, pushing him in hot water.

As President Biden called on him to step down immediately, the state Democrats have also snatched their support from him, making him vulnerable to impeachment in case he does not leave himself.

As the state attorney general disclosed the shame, Andrew Cuomo came forward to defend his position, signifying that he is not ready to resign, refusing to accept these allegations.

Andrew Cuomo received thousands of appreciations when his heroics were labeled as life saviors during the COVID crisis. New York is one of the states having higher vaccination rates.

However, his COVID claims were also busted later on when the report revealed fraudulent activities.

Now the public anger against the governor has multiplied, as the latest report accuses him of sexually assaulting women.

State Democrats will act soon to bring him to justice; failure to do so will raise questions against the credibility of Democrats.

After reviewing hundreds of pictures, video clips, and meeting a score of people with knowledge of the matter, the AG report is completely against Governor Andrew Cuomo.

The governor in discussion harassed 11 women, including his employees, violating federal and state laws, the report suggests.

The misery perpetrated by Cuomo did not end here. His office lashed out at the former employee for disclosing the matter by fostering a “toxic” work environment for her.

As the Attorney General’s report came into the limelight, Governor Andrew Cuomo defended his acts, labeling that “facts are much different from what has been portrayed.”

This is the outright rejection of the report in which the governor is accused of harassing 11 women.

Andrew Cuomo painted himself as a savior of women, saying that these types of fake allegations overshadow the real harassment cases.

The audacity of Andrew Cuomo evinces that he would never leave the office himself. The state Democrats have a job to do now, seeing that the presence of Cuomo at the gubernatorial seat will not only be a disgrace to the seat but also be a test for the state as well as federal Democrats.

As state Democrats opined against Cuomo, the signals suggest that the incumbent governor will have no legislative support if he fails to resign.

The state’s Democrat speaker, Carl Heastie, has explicitly said that “he (Cuomo) can no longer remain in office,” portraying the will of the New York State Democrats.

From touching the buttocks to the chests of his employees, Andrew Cuomo tried to sexually assault his employees and the other victims in every possible manner, as per the findings.

While he touched women without their consent, he also harassed them verbally, making them feel uncomfortable.

If some state Democrats fail to bring him to justice, the voters will have to make a hard choice against most of the pro-Cuomo Democrats any time soon.

This report can surely be the end of Governor Cuomo’s political career, as he is likely to be prosecuted.

A politician who once dreamt of running a presidential election in 2024 is all set for a shameful exit from politics.

Andrew Cuomo was already in the troubled water when almost 55 members of the New York legislature signed a letter against him in March when the issue surfaced up.

Now, when the allegations have become a reality, he has to worry about how to keep his reputation intact.

Impeachment may not be the end of Cuomo’s misery. The prosecution that would follow the impeachment is the real trouble for the governor.

He can be prosecuted for multiple charges, including harassing females both verbally and physically, lying, and hiding his crime.

This is a test for President Biden as well, who enjoys a special friendship with Cuomo. Although the president has demanded his resignation, he needs to make sure that he must breathe now after defeating him and must not linger on the matter.

Now, when the New York gubernatorial elections are near, Republicans can build up their campaign against Democrats on this issue if Biden does not pursue his resignation.

Losing this state to Republicans would be a nightmare for Democrats, as New York is considered a long-lasting blue state.