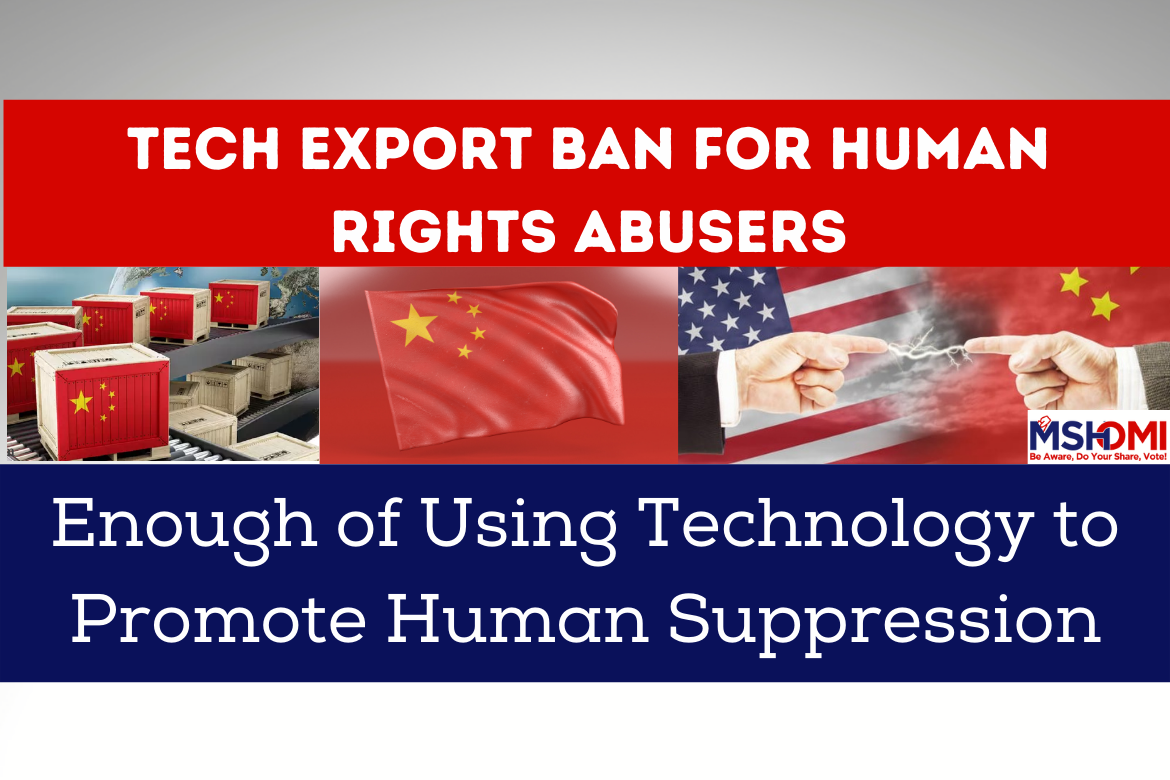 The advent of technology has had the global stakeholders worried about human rights violations that are being carried out using this technology in various authoritative countries.

Thus, the US has decided to take immediate measures to curb technology exports to countries that violate human rights, a decision that can have far-reaching consequences for the authoritative nations.

China’s example has often been quoted as an example of using surveillance technologies to curb human rights.

For instance, more than 200 million CCTV cameras have been installed in mainland China to monitor people’s movement and their whereabouts.

These are four times greater than that of the number of US surveillance cameras, making it easy for the Asian giant to use people’s own data against them.

But their repression does not end there. The Chinese treatment of the Uighur population is not hidden and is recognized worldwide.

The country uses advanced surveillance tactics under its Integrated Joint Operations Platform (IJOP), which measures “abnormalities” within the behavior of people and reports them to the relevant authorities.

However, the problem arises when these authorities are the only sole entity having the absolute voice in defining the term “abnormal.” They set the standards themselves and then use them as a measure to suppress the Uighur Muslims.

Currently, the surveillance tactics deployed by China in Uighur range from tracking movement to predicting the violence in the region and then deploying the police in advance of any real requirement.

Reportedly, the system that is supposed to be used in military activities is being used against civilians, which makes China the epicenter of human rights violence.

The country also deployed cutting-edge technologies to control the birth rate to help people bandwagon with the policies of the state.

Due to the pervasiveness of the data, it is easy for China to trace a person’s complete biodata just based on their public presence, which ultimately limits the freedom of movement and speech.

The country is also involved in studying students’ minds during classrooms by forcing them to wear headbands that transmit brain wave data to teachers.

While schools have claimed that it is supposed to empower students by monitoring their weak points, it is widely believed that with bands on their heads, students feel too nervous to focus as they are feel being policed.

China has also been alleged of inserting microchips into the widely used global computer system, which they use to capture data used to perpetuate its cybercrimes regimes. Thus China is practicing an all-inclusive policy to use modern-day surveillance tactics to undermine human rights.

The new approach by the global leaders should be considered an opportunity by the US to curb state sponsor terrorism as well.

In the African countries where armies having US-provided weaponry in their hands led coups to deny the populous their fundamental democratic rights, their exports should also be banned completely.

However, this agreement between the global countries must not allow the countries involved to indulge in human rights abuse themselves.

While the list of the countries that would team up with the US is yet to come, it is imperative to consider that the US also bans its exports to the countries involved in the pact that violate human rights using these technologies.

For instance, if Israel joins the US-led alliance, the tech exports to Israel that it uses against Palestine in their conflict should also be stopped immediately.

The US is providing Israel with regular yearly aid of nearly 3.7 billion dollars under the agreement made with the Obama administration when the US pledged to help Israel with $38 billion over one decade.

Thus, Israel has been continuously enhancing its military capabilities to snatch the right to live from Palestinians, which should also be stopped under the tech exports ban.