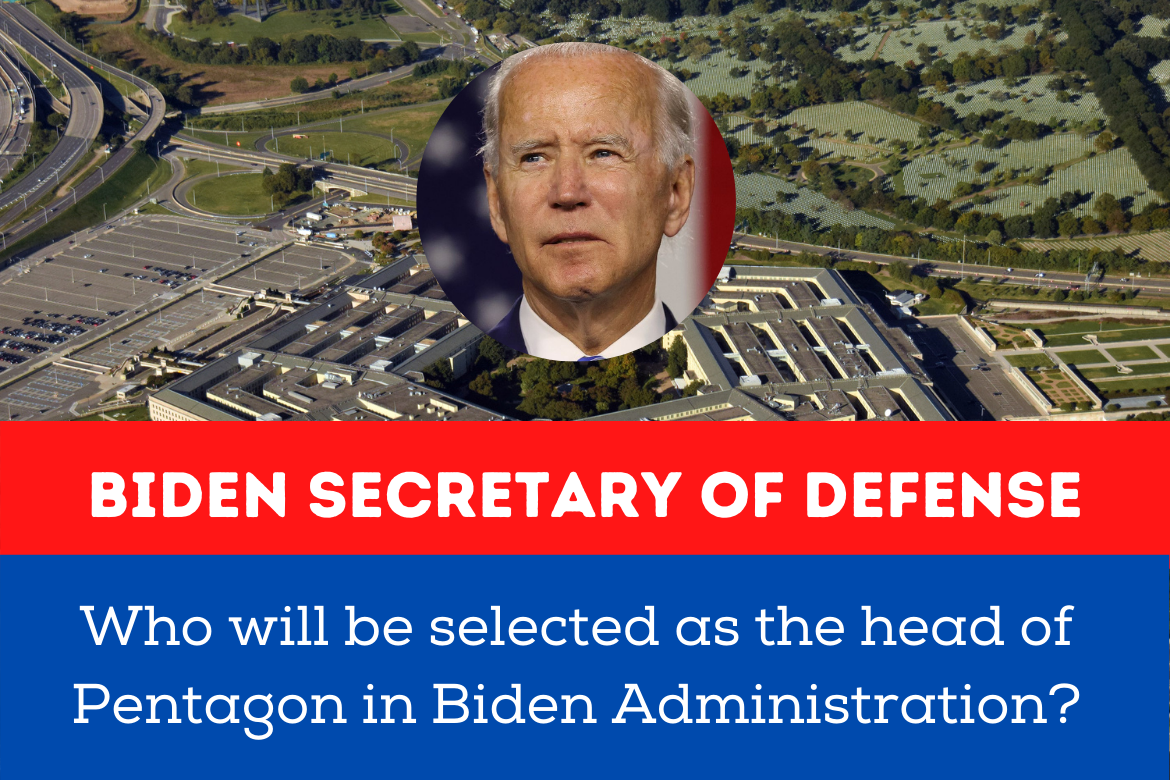 The foreign stakes of the United States are more critical than ever today as the US is on the verge of ending its everlasting war on terror, which was launched by G.W. Bush in the wake of the 9/11 attacks.

While Trump is ready to make some hasty decisions regarding the US foreign interests in Afghanistan and Iran, the role of the Biden Secretary of Defense will be mammoth, as only a sane mind in Pentagon can tackle the imminent crisis. In his bid to make a diverse administration, Michèle Flournoy is one of the top contenders for Biden Secretary of Defense. She has the experience of dealing with tough assignments that make her a great fit for the most important position in the Pentagon.

Currently, she is serving as the co-founder of WestExec Advisors, along with her service as a senior fellow at the Belfer Center for Science and International Affairs. Apart from that, she has served the US in the following capacities She has also served the United States under the Barack Obama administration in the following capacities.

She always remains in the limelight to be Biden Secretary of Defense due to her recent approaches of being too vocal regarding the current issues. In one of her recent essays, “How to Prevent a War in Asia; The Erosion of American Deterrence Raises the Risk of Chinese Miscalculation,” she provided insights into how the USA can improve military strategies in the world by adapting to modern technologies.

However, she has some major policy differences with Biden over key countries, including Syria, Afghanistan, and Yemen. If she becomes Biden Secretary of Defense, Biden can face some resistance in implementing his policies worldwide. Although she has low chances to be the one compared to Michèle Flournoy, adding her to the cabinet will make the cabinet more diverse, as she is the first-ever Thai woman elected to the US Senate. She has served the United States in the following capacities.

Owing to her on-ground service in the United States military, especially in the Iraq war, she has superior insights to anyone else, and her addition to the Pentagon can help the Biden administration in the long run. Just like Tammy Duckworth, he is also a soldier turned politician who knows the ground realties and can serve on the seat of Biden Secretary of Defense. He retired with the rank of major from the US military. His contributions to the United States include:

The challenges and duties associated with the seat of the Biden Secretary of Defense are huge, and a little bit of mistake in this regard can push the United States into chaos.

Biden is ready to make some tough decisions regarding the foreign policy of the United States soon after his inauguration in the White House, and the presence of a resilient person on the seat of Biden Secretary of Defense will be crucial in driving his approaches.

Whether it is the decision regarding the Iran nuclear deal, military withdrawal from Afghanistan, US involvement in the wars of Yemen and Syria, the approach towards Israel, or the North Korea nuclear program, the days of Biden Secretary of Defense will be tough ones ahead.

Read more about the Biden potential administration: Who can be the Biden Secretary of State?