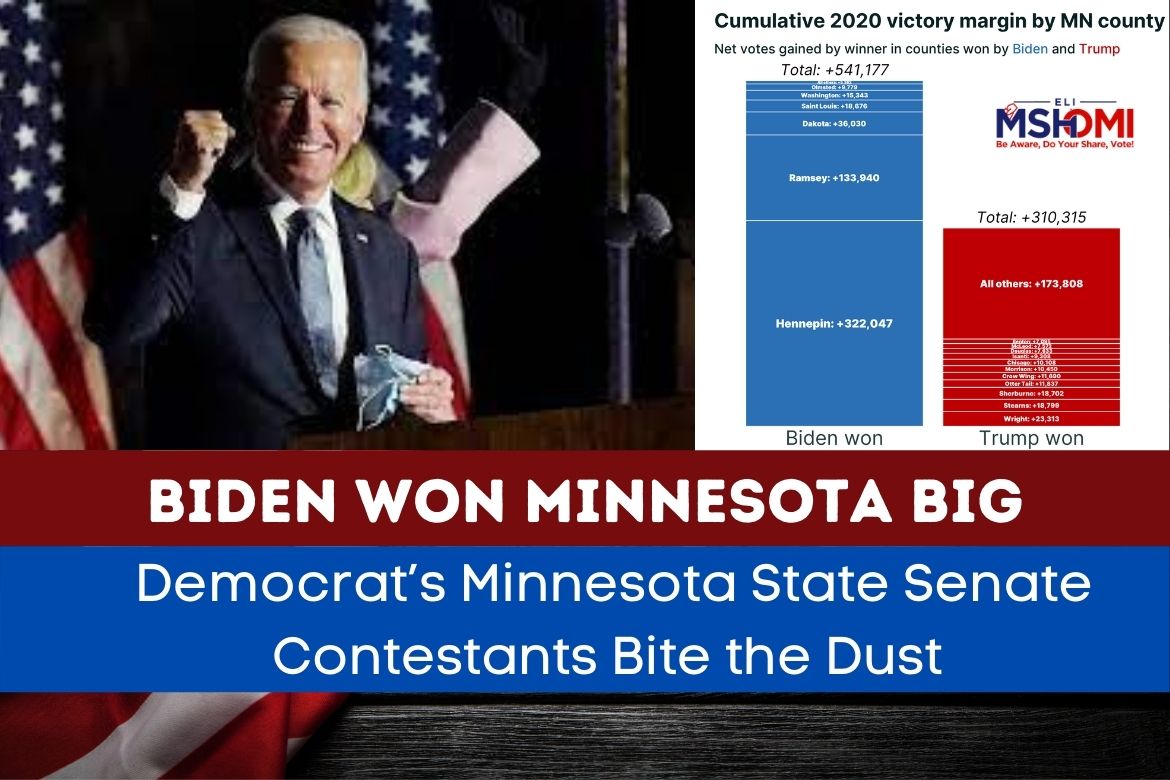 David Nelson, a 2020 Democratic contestant for the Minnesota Senate, has neither a personal website nor a Facebook page. His competitor Jim Abeler, a Republican who defeated him by a margin of more than 12,000 votes, has both.

David Nelson is not the lone victim of this bleak digital election campaign strategy. Michelle Benson, another winner of the 2020 Minnesota Senate election, has an active Facebook profile with more than 7,000 followers. Her Democratic competitor Kate Luthner has only a little more than 200 followers on her Facebook.

Ms. Benson has a Twitter and a LinkedIn profile as well, while Luther has neither of them. Benson defeated Luther by a large margin of more than 40 percentage points in the 2020 Minnesota Senate election, further concentrating the Republican majority in the chamber.

The poor digital strategy of Democrats costs them the entire legislative majority in the elections.

Then comes the other factors for the Democrat’s loss in the State Senate despite Biden winning the ten electoral college votes from the state by almost seven points. What are these other concerns of Democrats which helped Republicans grab the state senate? Let’s see.

Concentrated Majority and Efficiency Gap: A Major Cause of Loss in Minnesota Senate

Minnesota Democrats are facing the crisis of the efficiency gap in the state. Consider the presidential election results from the state, for instance.

Democrats are primarily concentrated in the Twin Cities so much that their winning margin from this region is exceptionally high.

For instance, Biden won Hennepin county by a whopping margin of 322,000 votes. This voting margin is greater than the Republican voting bank in the 74 counties, i.e., 310,000 that they won in the rest of the state.

Had Democrats been distributed equally in the whole state, capturing the Minnesota Senate was just a walk in the park for them.

If we look at the historical trends in Minnesota, it’s easy to notice that no Republican presidential nominee managed to win Minnesota’s electoral college votes since 1972. However, the state elections portray a different story.

It means that Republicans there are more concerned about winning the state elections than the presidential elections.

A prominent reason for this trend is the way both elections work. A sum of statewide votes is used for the presidential elections, so a candidate can win one county with a significant margin, just like Biden did, and lose all others.

Seeing the Minnesota Senate election results, it is easy to analyze that Republicans are evenly distributed while Democrats are primarily concentrated in the Twin Cities.

Some people blame it on the gerrymandering efforts; however, the demarcation in Minnesota is done by a nonpartisan commission, so this rules out the possibility of fraudulent activities in the process.

The dwindling Democrats in Minnesota is also a result of the unsatisfactory performances of the Democratic state legislature lately.

While the efficiency gap remains a significant cause, the other primary reason for the Democrats’ loss is the split ticketing by Minnesota residents. Many voters cast their ballots for Biden at the federal level while for Republicans at the state level.

This is evident from the fact that Biden won almost 37 Senate districts, but the Minnesota Democratic-Farmer-Labor (DFL) party only won 31 seats in the Minnesota Senate.

Reports are also suggesting that Republicans used an unprecedented trick of recruiting third-party pro-marijuana candidates contesting the elections also bagged the large number of votes that were supposed to go to Democrats otherwise.

This way, the Democratic bid to control the State Senate fell short by three as they won 31 seats compared to 34 Republicans and two independents.

Minnesota state legislators can learn many critical lessons from this loss, the most important of which is catalyzing the digital campaign to an unprecedented level.

If Democrats fail to do this, they are likely to fall short on many avenues in the upcoming times.

While some political analysts label it as a political realignment in the state, others believe that a better strategy by the state Democrats would have saved them from biting the dust.