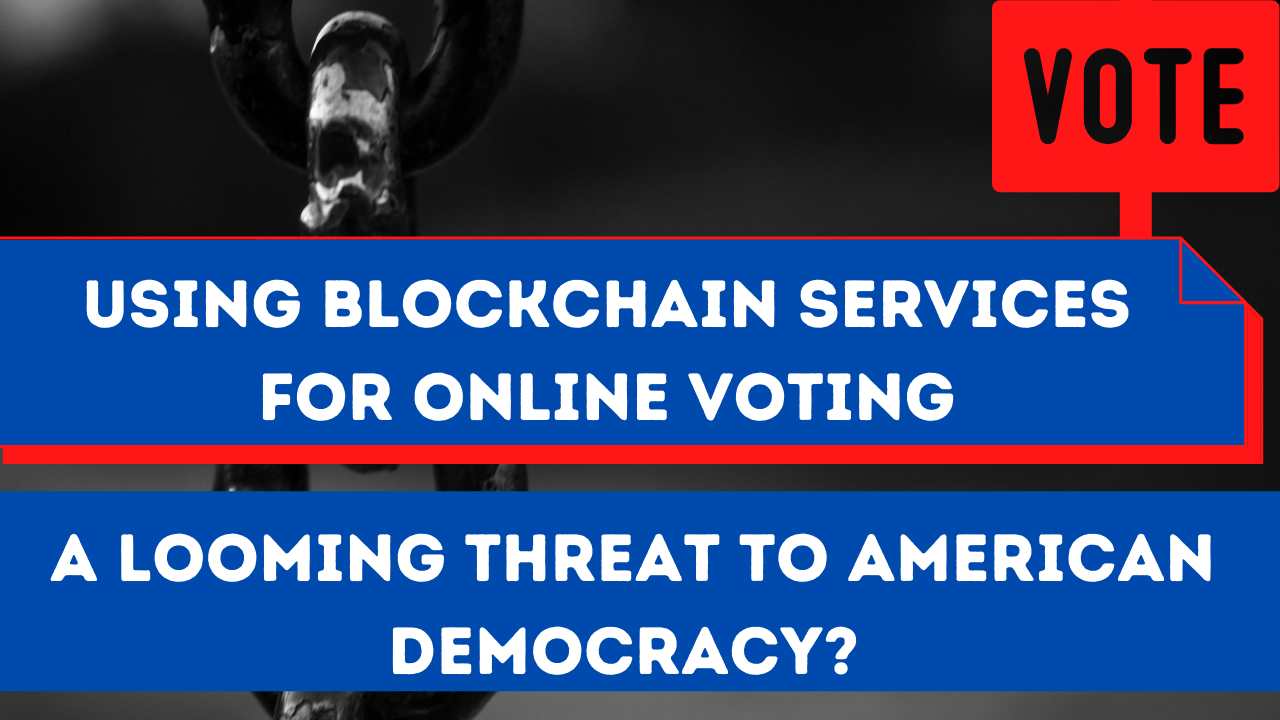 Using blockchain services for online voting will solve many voting problems; however, it can make the electoral process vulnerable to hacking.

Exercising their right to vote is a fundamental right of everyone in the democratic governments across the globe.

What if this right to vote is manipulated by those in the power corridors in one way or another? This manipulation was the situation last year when a student based at the University of Michigan tried to break into the West Virginia voting setup organized by the blockchain-based voting app named Voatz.

As the desire to bring more voters in the electoral process arises, and the pilot projects of online voting using blockchain services emerge, experts suggest that any such process, if implemented on a large scale without proper measures, can face cyberattacks on election day. This could result in a loss of trust by the general public on the electoral system, threatening the doctrine of liberal democracy in the country.

Mac Warner, West Virginia’s Secretary of State, disclosed the news of a cyberattack on the voting app. The state government was trying to collect ballots for individuals living overseas and those serving in the US military in other countries.

According to Warner, there were attempts to manipulate the voting process by some external elements. However, Voatz claimed to make some necessary amendments in the security verification of the software, including facial recognition, biometric verification, and voter-verified ballot receipts.

So as a result of this, Warner said that no vote was altered due to these measures taken by Voatz and the whole process remained completed transparently.

The increasing trend of online voting in the USA:

Thirty-two states allow online voting in one form or another. According to the US election assistance commission, nearly 100,000 people cast their ballots online in the 2016 presidential elections.

Using blockchain services for online voting projects is on the rise in pilot projects. For instance, West Virginia, Utah, some Utah counties, and Denver have used blockchain software for absentee voting for military personnel and their families based in countries other than the USA.

In these trying times, everyone is asking key questions, i.e., is blockchain safe, and can blockchain be hacked? First, blockchain is considered as one of the most secure online systems in the 21st century.

It is due to the fact that blockchain is based on the cryptography technique of data transfer from one end to another.

In a nutshell, If America can master and perfect the blockchain voting system Through vigorous testing, they will solve many voting issues like voter suppression tactics, Low turnout, Voter fraud, and voter registration fraud Among the few.

Read More: You cry on mail-in voting? Save your tears for voting on blockchain