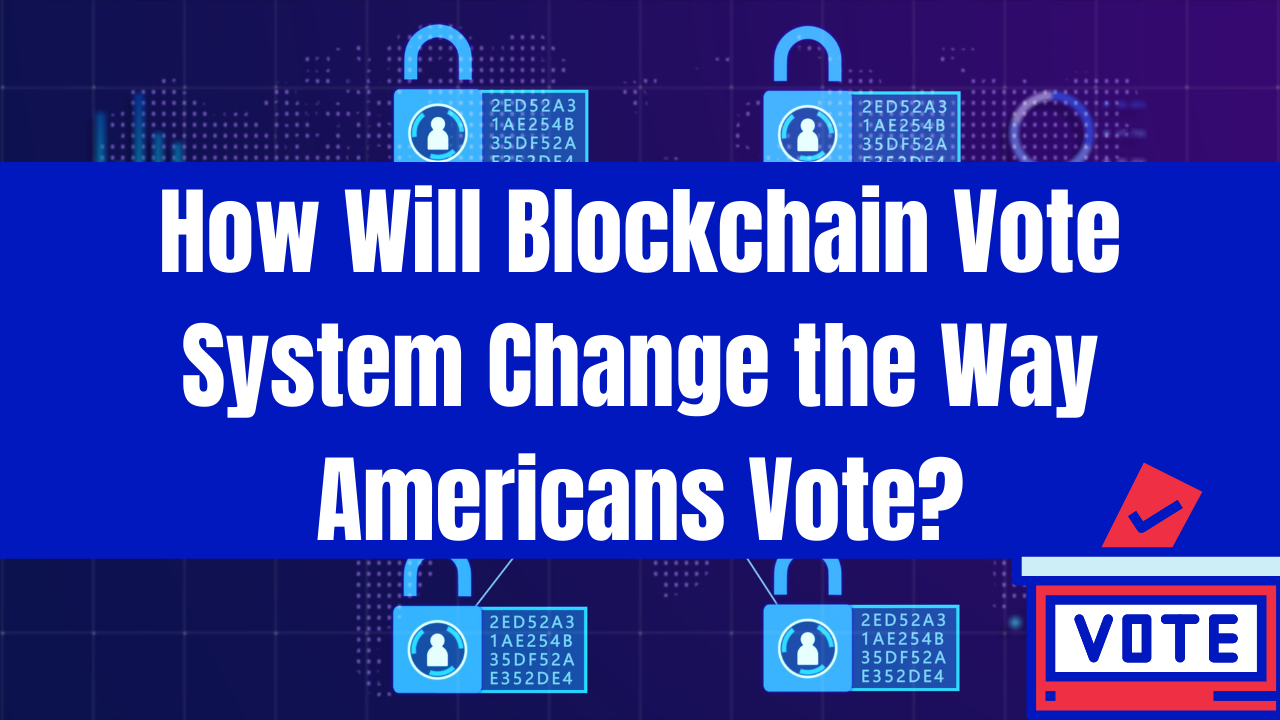 The introduction of the blockchain vote system will change the way you vote, as you will be able to vote in a matter of a few clicks on your phone.

Also, the initiation of technology into the US presidential elections of 2020 seems imminent, and the demands of the blockchain vote system are more than ever in the wake of the patent filed by the United States Postal Service (USPS) regarding blockchain integrated mail-in voting.

How will a blockchain vote system change the way you vote?

Previously, there were four ways to cast votes in the USA, depending upon the state and the availability.

With the changing dynamics of US politics and the growing crisis of COVID-19, there is a probability that the 2020 elections will change the way you vote.

According to Pew Research Center, “States like Oregon and Washington conduct their elections almost entirely by mail (97% of voters in these states mailed in their ballots in 2016), but other states have seen relatively few mail ballots. In West Virginia, Kentucky and Tennessee, for example, just 2% of voters mailed in their ballots in the 2016 presidential election.”

However, mail-in service, integrated with blockchain software, is a system that most Americans will be using in the future.

With the blockchain vote system, you can even vote from the comfort of your couch in a matter of a few clicks.

How will the blockchain voting work?

Broadly speaking, this system is divided into the following steps.

In this digitalized voting system, the ballot will be sent to your online address where you can access it within the given time frame. After the expiration of the ballot, the ballot will either burn or be declared useless.

The use of a public key and private key by Elliptical Curve Cryptography (ECC) is a way to make blockchain voting secure.

After this, the voter creates the second key pair anonymously, which acts as the private key of the voter.

At the time of vote casting, the voter signs the digital ballot with the help of the private key.

Once the vote is cast, the concerned authorities can verify that both the keys belong to the same person and that the vote has not been tampered with.

It is a kind of lock-key model where the lock is the public key, which will only be opened with the help of the private key.

Any attempt at identity theft will make the vote null and void.

In the Nutshell blockchain voting system will be the second-best thing to happen to the voting system since the Voting Rights Act of 1965, which was signed into law by President Lyndon Johnson, overcoming legal barriers that prevented African Americans from exercising their rights to vote under the 15th Amendment to U.S Constitution.

Read more about BlockChain: You cry on mail-in voting? Save your tears for voting on blockchain