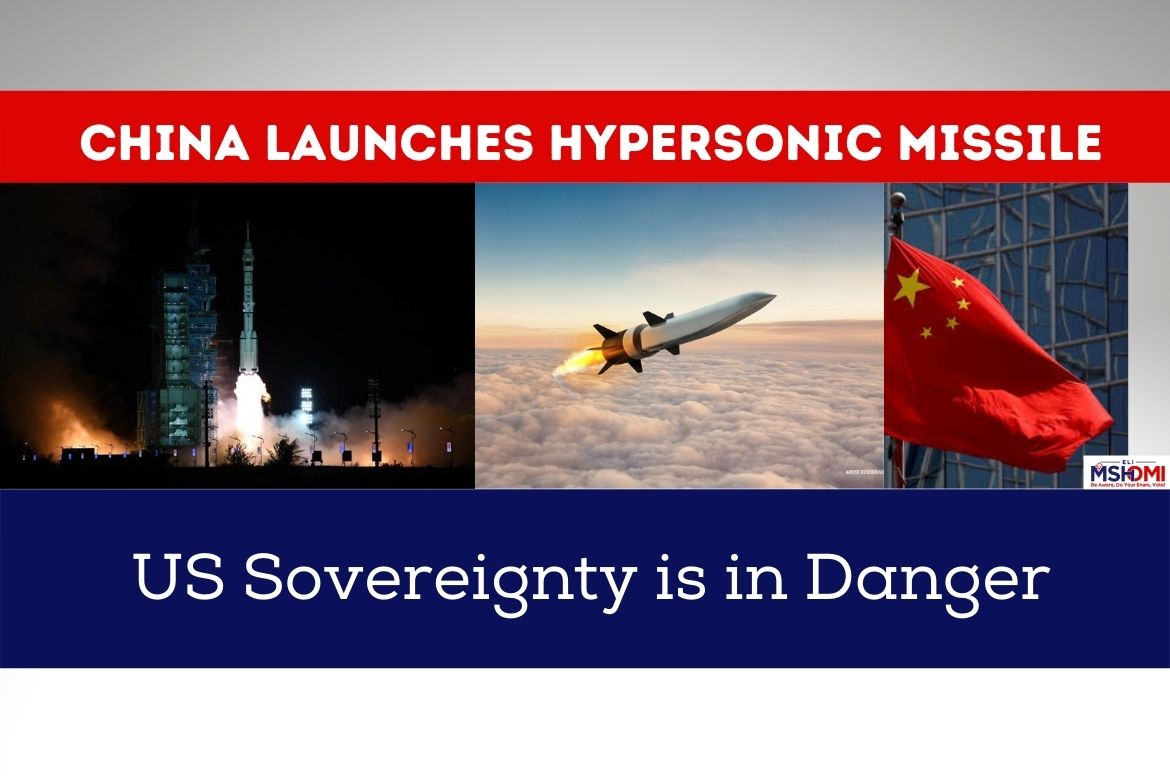 The balance of power in global politics has once again been tilted in favor of China, as the South Asian giant launched a hypersonic missile that can circumnavigate the Earth at an extremely low altitude.

The US needs to revisit its nuclear program altogether to upgrade its facilities as per the modern-day needs. Making a weapon of the same capability is the need of an hour on an immediate basis because not having it will push China further into the arms race.

China’s Hypersonic Missile System: The US Has Much to Worry

The hypersonic missiles are existential threats to the US as radar cannot detect them. China is now empowered to have the capability to maneuver the missile during its path and hit any city of the US it wants without issuing any warning.

But the incident cannot be seen in isolation anymore. This is just a part of China’s ambitions of leading the global arms race, as the country is busy manufacturing more and more Intercontinental Ballistic Missiles (ICBMs) and even conventional weaponry.

China currently denies the launch of the hypersonic missile systems, but the state-controlled media has already mimicked the US, portraying the notion that all speculations are correct.

This development can even be connected with the persisting Taiwan crisis, as with the hypersonic missiles in hand, it is extremely easy for China to conquer Taiwan.

As there is no missile defense system that can resist this sort of missile, the only option is to activate a counter-offensive foreign policy.

If China gets an idea that the US can hit it back in case of any misadventure, it will refrain from showing an assertive approach in the global arms race.

The need to rethink the intelligence practices deployed by the US is also more than ever. Despite having one of the top spy agencies, their failure to assess the severity of the threat depicts that the intelligence strategies need to be revised.

So, the time frame for the United States is extremely narrow. Experts are suggesting that China is looking at a small window between the Beijing Olympics earlier next year and the US midterm elections of 2022 to capture Taiwan in its entirety.

With no offensive weaponry with the United States, it will be hard for the Biden administration to embrace an assertive posture against such an inevitable threat.

The Chinese demonstration of the hypersonic programs could be the result of the faulty US Missile Defense System, in general.

The most alarming fact is that the missile circumnavigated the whole world without being detected by even a single radar or satellite of the US.

After doing that, the missile released a vehicle with the capability of nuclear heads. And still, the US only came to know about the whole episode through a report in The Financial Times.

The latest figures of the US Missile Defense Agency stated that the Ground-Based Midcourse Defense System only managed to successfully counter 12 out of 19 missiles during its testing procedures.

These numbers are not so appreciable, not to mention that the system has been out of use for more than two years, and the last three tests of the defense were an absolute failure.

And these facts about the missile defense systems are open to everyone, and China seems to take advantage of them.

If the US wants to keep the nation safe and secure, now is the time that it starts building its military might to create an effective deterrence against any threat.

China is currently advancing its power, seeing that the top military leadership of the USA warned China against the possible nuclear strike in the last days of Trump’s presidency.

Now China has learned its lessons and will keep pushing the US military backward by assessing the weakness of America’s defense systems.