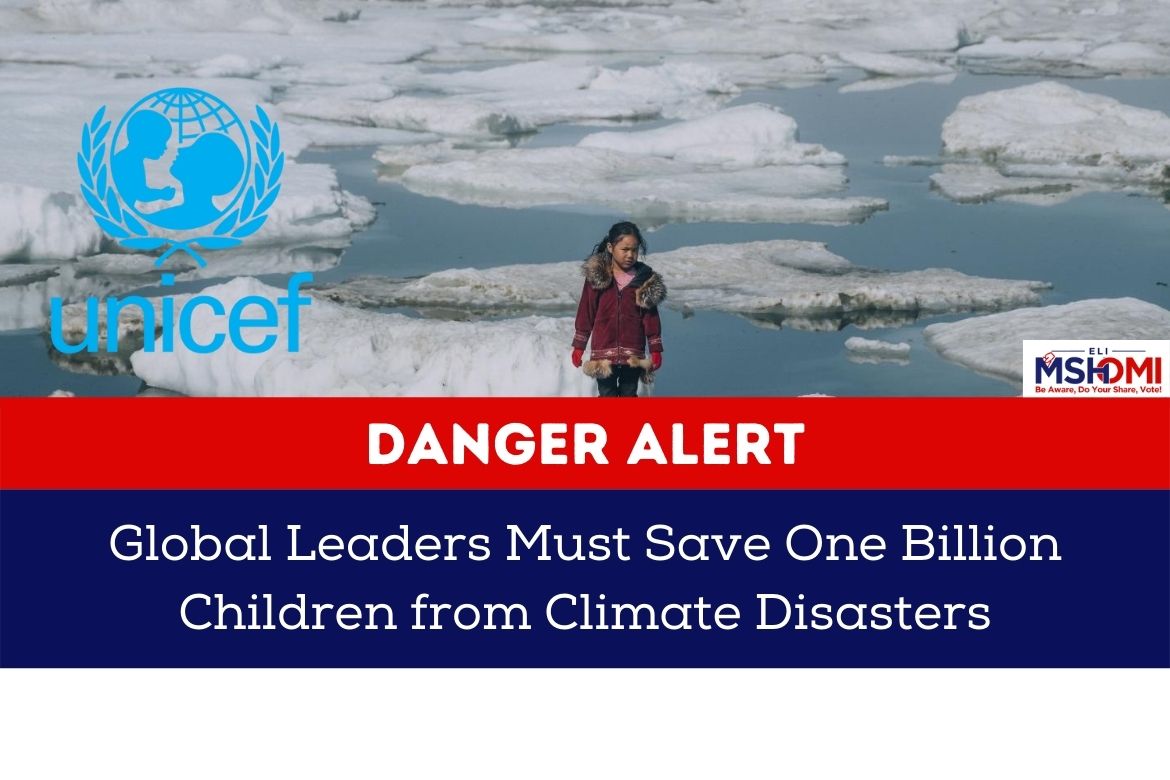 Climate change has emerged as the most pressing issue of the 21st century, as the pursuit of profit by global corporations has heavily undermined the pro-climate efforts.

While every segment of society is affected by this menace in one form or another, the global children are battling the crisis like no one else.

The shocking report of UNICEF has warned global leaders about the rising threat being faced by children in almost 33 countries, is putting nearly one billion children on the verge of disaster.

The United States is the second-largest emitter of carbon dioxide, and the biggest economy in the world has a massive responsibility to bring the endangered children back from the crisis before it’s too late.

With the release of this new report, UNICEF has also revived its plan of action to fight the emerging threat of climate change and to save future generations.

The United States is also one of those countries that come under the threat of climate change, and therefore, the policymakers must look at solutions to counter the biggest challenge faced by humanity.

As the report highlights the need for taking immediate actions, the global leaders must join heads by setting their difference apart or else see the world burning.

UNICEF Report: A Warning for Global Leaders to Save Upcoming Generations from Climate Change

The UNICEF report sends alarms that nearly half of the child population in 33 countries is vulnerable to climate change.

The report, named The Climate Crisis Is a Child Rights Crisis: Introducing the Children’s Climate Risk Index, is a comprehensive analysis of climate and environmental hazards, which should act as an eye-opener for global leaders.

The most worrying aspect of all of this fuss is that it will not be related to health only.

In fact, the changing climate can trigger various types of disasters, including curbing education, abandoned children, river flooding, vector-borne diseases, lead pollution, water scarcity, heatwaves, hunger crisis, and much more, which is an all-inclusive recipe detailing the threat to destroy the upcoming generation.

The report also proves, once again, that climate change is not a myth as portrayed by the erstwhile President Donald Trump, whose ignorance toward the environment contributed to the climate-related disasters.

The Curse of Climate Change: Innocent Countries are Facing the Brunt

This is not the problem of any one country, and the whole of the world is in it together. In fact, most of the time, countries that are not throwing the greenhouse gases in the atmosphere too much are at the receiving end.

The rich countries are mostly the industrialized nations that are emitting the most carbon dioxide into the air.

However, these countries are privileged enough to rescue their citizens in the hour of need. But, due to their emissions, the poorer countries are suffering without contributing any greenhouse gas to the air.

For instance, the US and China are in the rat race of enacting more and more industries for the pursuit of profit. The trade war has intensified the efforts of the top two economies, as they ignore the inevitable disasters.

However, the consequences of this tug of war to attract industrial manufacturers are impacting the poor countries, which is highlighted by the UNICEF report as well.

As noted in the report, the 33 most prone countries for danger to children only emit nine percent of the global carbon dioxide combined.

On the other hand, the US and China contribute more than forty percent of C02 combined. The vulnerable countries include many African nations, including the Central African Republic, Chad, Somalia, and Nigeria.

Similarly, the South Asian countries of Afghanistan, Pakistan, India, and Bangladesh are also vulnerable to health issues for their children.

The Biden administration has often advocated for human rights. Pure air is one such right that every citizen is entitled to use, without any manual contamination of it.

However, the cold-headed ignorance of the incumbent administration by walking the former President Trump’s path tells another story.

In Latin America and the Caribbean, approximately 169 million children live in areas with a high risk of climate and environmental hazards.

The inclusion of some areas of the US and Latin America in the list suggests that the danger is coming home if left unattended.

So, the report should be a fair sign of worry for the US administration to course-correct itself or be ready to face the consequences.

The Democrats may have done all the paperwork to heal the deteriorating climate; however, as far as real action being taken, all of it is nothing but a waste. Because, at the end of the day, action speaks louder than words.

There is no doubt that Democrats are facing anti-climate change opposition in both the House and Senate, which is likely to halt any legislative advancement in Congress.

However, they can take incremental steps, as they did in the landmark infrastructure bill and $3.5 trillion budgetary plan, and start healing the things one by one.

At the end of the day, making a little progress is better than sitting idle and waiting for a miracle.