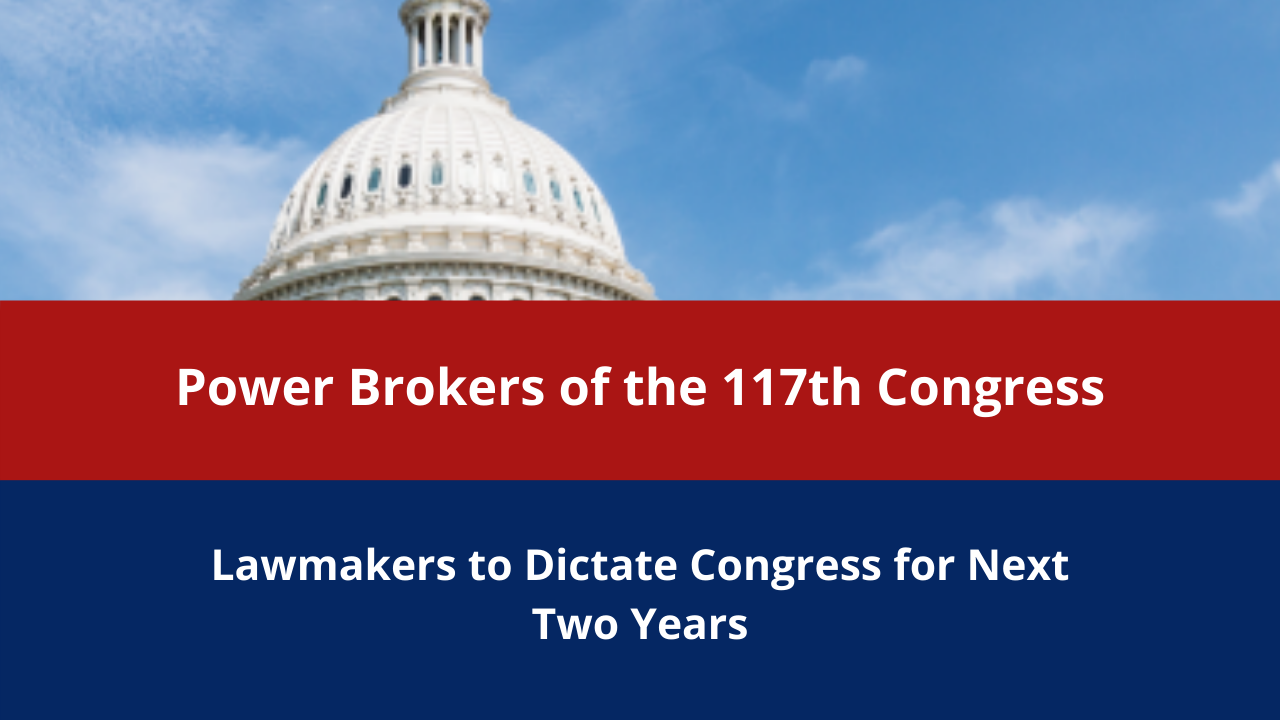 With the inauguration of the new lawmakers in the United States Congress, the power dynamics will also change in Congress. The new Congress power brokers are ready to drive US politics for the next two years.

Democrats now control the Senate, as they won Georgia’s runoffs, getting a majority in the upper House of the United States Congress.

Jon Ossoff has defeated Perdue and Loeffler faced defeat from the hands of Rev. Raphael Warnock. These victories have made the moderate US Senators from both sides of the Senate the new Congress power brokers. Biden now needs every Democratic Senator to vote with him because of the already contested Senate with 50 members each.

Democrats cannot afford to lose even a single vote from their caucus if they want to empower Joe Biden to confirm the nominations of judges, cabinet members, and other vital federal offices.

Who are the power brokers of the 117th Congress, and how can they lobby to drive the politics in one way or another? Let’s have a look. Moderates: The New Congress Power Brokers in the Senate

Moderate votes have always been the key to passing any legislation from the Senate for the Democrats. Their importance has increased even more as Democrats, at this time, only hold a slight majority in the Senate.

In 2010, when the Democrats had a considerable majority in the Senate, these moderate’s votes were still as important as they are today. These moderate votes were the key to pass the Affordable Care Act of President Barak Obama.

Today’s moderate Democrats votes include Kyrsten Sinema, Joe Manchin, and Jon Tester. The support of these leaders will be essential for President-elect Joe Biden and the upcoming Senate Majority leader, Chuck Schumer.

Not only this, but the importance of the Republican Congress power brokers has also increased. Some legislations require a two-thirds majority, so Democrats alone will not be able to secure the legislation, needing help from the other side of the aisle. This majority requirement is the basic driver that is making moderates the new Congress power brokers in the Senate.

The Democrats have to find moderates from the Republican side to pass legislation through the Senate. On the Republican side, Senators such as Susan Collins, Mitt Romney, and Lisa Murkowski are likely to lead the effort and lobby to win some of the Republican votes in these types of standstill situations.

Biden will always have to accept demands from these moderates in such a scenario, or no bill passes the Senate.

These moderates have already shown their power in the COVID-19 relief package. There are gangs in Capitol Hill, and if Biden wins over them, he will have no problem in ruling for the next two years.

The real Congress power brokers in Capitol Hill are those members who hold considerable influence over the state delegations, caucuses, and even the entire House.

The dynamics of the House and Senate are no different. The Biden administration will have to deal with several sub-groups to get the legislation through the House to the Senate. There are currently ten members of the House that can be termed as the real Congress power brokers in the 117th Congress. These are:

The Biden administration has to make sure that they must corporate with these ten Congress power brokers, or most of the legislation will just linger on. When President Obama was in the White House, Joe Biden got many bills passed by the Senate. The healthcare act is one of the prominent examples in this regard, as no Republican would have agreed to it if Biden were not the vice president.

During the early years of the Obama administration in Washington DC, Republicans were giving a tough time to the former president. Biden was the key to move the negotiations with Republicans such as Collins over the economic stimulus package, and with Senate Majority leader Mitch McConnell to avert the fiscal disaster of 2012.

Joe Biden has served in the Senate for decades, and while there, he made connections with many elected officials on both sides. This is one of the biggest reasons why he is preaching congressional unity despite Trump’s attempt to attack Capitol Hill.

Biden’s record of accomplishment suggests that he can get things done at Capitol Hill, and the new White House administration will be closely watched for its expected overtures to the moderates.

As President Donald Trump will not attend Biden’s inauguration on January 20, the tussle between the Republicans and Democrats is likely to start from the very first day of Biden’s presidency. However, finding the potential Congress power brokers is the way out for Biden to ease this tussle.

This Senate is a tie, with fifty members from each party, and the vote of Vice President Kamala Harris is of significant importance. Democrats cannot afford to lose even a single vote as it will turn them into a minority. The Biden administration will indeed need their Republican counterparts more than ever today. This is probably the primary reason why Biden is ready to compromise with the things he preached in his election campaign just to seek congressional unity.

Moderates have become the new power brokers of the Senate, while the House remains in the hands of ten influential members who have considerable respect among the state delegations and House members. The first two years will not be easy for President-elect Joe Biden, but he can use his Senate experience to provide the American people with the relief they need in these testing times.