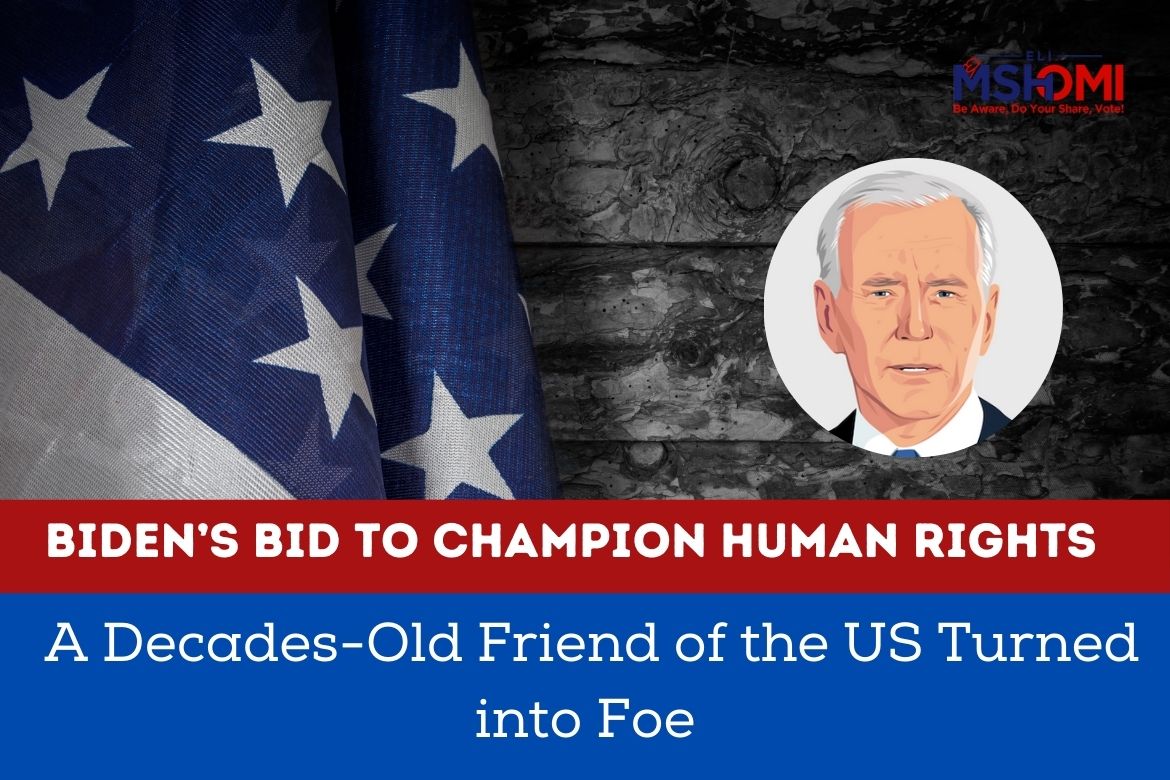 The everlasting friendship between the United States and Saudi Arabia has finally started nosediving.

The latest crack came in the aftermath of the Biden administration’s report claiming the involvement of Saudi’s crown prince in Jamal Khashoggi, a Washington Post’s journalist, murder.

The same Biden who was soft on Riyadh during his vice presidency in Obama’s tenure seems to walk a stricter path this time.

This change in policy measure came when the United States is already facing challenges to mend its reputation across the globe after a damaging “America first” isolationist doctrine of Donald Trump.

The US relations with Saudi Arabia were already in the declining phase since Biden’s announcement not to support the Saudis anymore in the Yemen war.

With Biden in the office, what do these latest foreign policy measures mean for the US international image? Let’s explore. Biden and Saudi Arabia: A Friend Turned into Foe

The Biden administration has finally released an intelligence report of 2018  on the cold-blooded murder of Jamal Khashoggi, a journalist of the Washington Post.

Khashoggi was killed by the agents of the Saudi government in 2018 in the Saudi consulate in Istanbul, Turkey.

News, since then, clearly indicated that former President Donald Trump was aware of Saudi’s involvement in the tragedy.

However, being critical of Saudi would mean that the US would lose its biggest buyer of arms. So, Donald Trump preferred to run the business as usual.

The stakes of the Biden administration were different than those of the Trump government. Democrats were already going to denounce American support to the Saudis in the Yemen war. So, the US was going to lose Saudi money in arms buying anyways.

Biden cashed on this opportunity and released the report to strain US-Saudi relations further.

The Saudi Retaliation: Can the USA Afford an All-Out War?

The problem with foreign affairs is that the other country often retaliates back with full force. The Saudi regime has not officially responded to Biden’s new pandora’s box; however, the US will have much to lose in an all-out war.

Currently, the US is importing $12 billion of oil annually from Saudi Arabia, directly impacting the US economy.

Although the US has enough resources of its own, they cannot be drilled cheaply. Secondly, the Saudis can lobby with the other countries of the Middle East to put pressure on the United States.

This is the primary reason why the political pundits are saying that Biden can even repent from publishing Khashoggi’s murder report.

The US has also put severe restrictions on a score of Saudi individuals but barred itself from restricting crown prince Muhammad Bin Salman. The voracious approach of the White House under Biden to champion human rights seems to be ambitious in the case of Saudi Arabia and China. However, the approach is dubious and needs to be realigned on many fronts.

Israel is regarded as one of the grave human rights violators in Palestine, and not raising voices against these atrocities will hurt the US cause of the liberal democracy.

Pursuing the Abraham Accords is indeed the top-notch priority of the Biden administration, but ignoring human rights violations to pursue this will put a question mark on the concerns of Democrats regarding human rights.

In the times when the United States is already facing the brunt of Trump’s isolationist agenda, the approach to deteriorate relations with the old allies seems to be a risky one.

If the US pulls itself back from Saudi Arabia without a second plan, it can suffer big time.

It is pertinent to note here that these deteriorating relations are coming when China is already extending its influence in the Middle East through its trademark Belt and Road Initiative (BRI).

China can try to capitalize on an American withdrawal from the Middle East, which is never a desired approach if we see things from the US perspective.