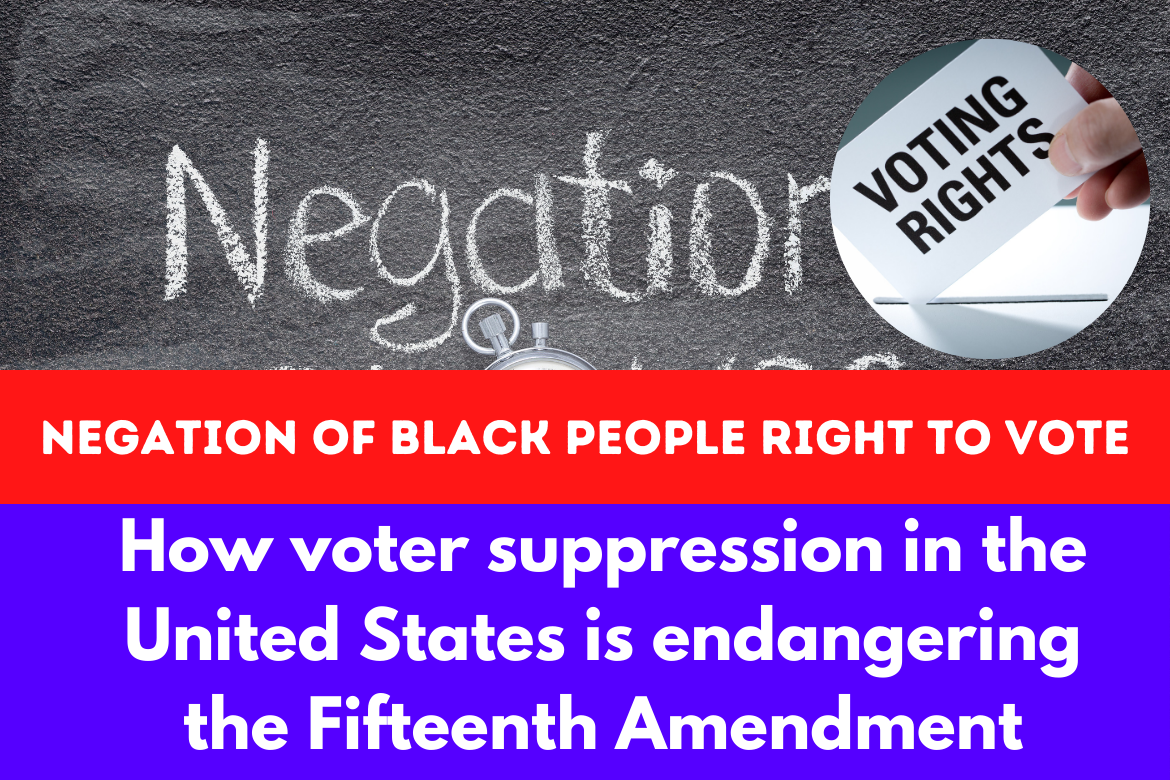 However, despite the passage of more than 150 years, Black people are still subjected to discrimination, resulting in pervasive Black voting suppression all over the country. According to a report published by the Brennan Center on the “Racial Wait Gap,” an average Black or Latino voter is more likely to wait in the queue on election day as compared to white voters.

The report suggested that nearly seven percent of Black voters opined that they waited for more than thirty minutes in the election queue, compared to only 4.1 percent of the white voters. It is pertinent to note here that the thirty minutes of wait in the voting line is greater than the maximum limit set by the Presidential Commission on Election Administration.

Even if we do not consider this upper threshold set by the commission, an average Black voter is expected to wait 45% longer in the queue than the white voter. All of this contributes to the Black vote suppression, which is ultimately resulting in the negation of Black people right to vote. Despite the Fifteenth Amendment and the Voting Rights Act of 1965, black people right to vote is still a pipe dream in many states.

The Black suppression is so pervasive that in some states, Black voter purging happens on a regular basis. In the 2016 presidential race, Republicans won Wisconsin by a scant margin of 22,748 votes. In the same election, nearly 232,000 voters were purged from the voting lists, mostly on racial and ethnic grounds.

According to some estimates, these people were more likely to vote for Democrats, and the negation of Black people right to vote cost the ten electoral votes of Wisconsin to the Democrats. A study carried out by The Guardian suggested that people living in Black neighborhoods are twice as likely affected by the voter purging strategy of Wisconsin compared to those living in mixed or white neighborhoods.

The situation is even more difficult in these days of the pandemic, where record-breaking numbers of people are voting by mail. However, if they are dropped from the voting list, either intentionally or unintentionally, they will never get the mail-in ballots at their given addresses.

According to the same study, twelve percent of voters living in zip code areas with a Black majority are likely to be flagged or removed from the voter’s list compared to the seven percent in the state overall. This denial of Black people right to vote can also be seen clearly in Georgia, where nearly two hundred thousand people were “erroneously” purged out of the voter list, the majority of whom were the people of color.

The voter suppression strategies to keep Black people away from voting are omnipresent in the United States. The traces of this systematic segregation can be found in the Jim Crow laws that were made specifically against the people of color. It is estimated that nearly 2.2 million Black people all over the United States are not allowed to vote based on the convictions of the past.

These statistics are alarming, as one out of thirteen Black people is not allowed to vote as compared to one in fifty-four non-Black people due to these convictions. This denial of Black people right to vote is endangering the sovereignty of the Constitution of the country, ultimately suppressing the practice of free and fair elections.

The black people right to vote was obtained by continuous past efforts, and in doing so, leading to the death of more than half a million people in the Civil War. However, the prevailing suppression is once again repressing the Black people having a right to vote, which is a clear violation of the Fifteenth Amendment.

Read more about Voter Suppression: How voter suppression is happening in the 2020 US elections?