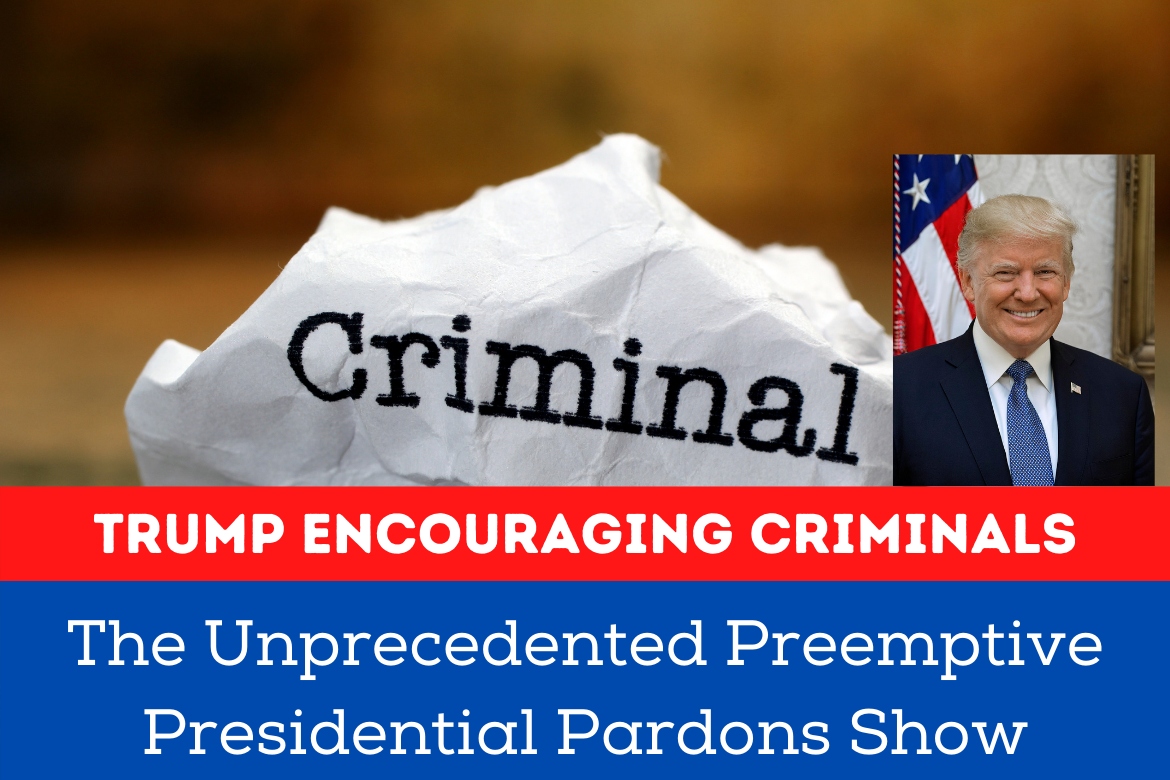 The criminals who breached the Constitution of the United States are being treated as heroes by the Trump administration these days.

In his bid to negate the rule of law and promote anarchy in the country again, Trump is in full flow to grant pardons to as many people as possible. This situation just worsened, as he is now trying to extend preemptive pardons that will help the people to evade criminal charges even before they are charged or sentenced.

Before this, Donald Trump was in the mood of distributing regular pardons to his allies. Now he knows that there are many people who will be convicted after Biden’s inauguration. So, only preemptive pardons can help them.

Currently, he is discussing ideas with his advisors concerning the use of clemency powers to grant preemptive pardons to his children, friends, and allies, on the top of which lies his personal lawyer, Rudy Giuliani.

Legal experts believe that the preemptive pardons by Trump will help the beneficiaries to escape imminent criminal charges. This way, the courts will not be able to hold them accountable for the misdeeds committed during four years of Trump’s presidency.

However, this will serve as an admission ofo guilt, as the Biden-Harris administration will get a clear image of the people who tricked the system under the nose of Trump.

What exactly is the preemptive pardon, and how does it work? How does this type of pardon differ from the regular pardon? Let’s have a look. A Pardon Before the Conviction: What Exactly is the Difference Between a Preemptive Pardon and a Regular Pardon?

As the name suggests, a preemptive pardon is such a pardon that is issued before an individual has been convicted of a federal crime. The Constitution of the United States grants the power to the president of the country to grant a pardon to any individual.

A preemptive pardon safeguards the individual from any future investigations and legal proceedings. President Donald Trump is left with only a few weeks in the White House. He is considering using his presidential powers to grant preemptive pardons to at least twenty people, which includes his close advisors and family members.

President Trump is right now discussing the matter with his advisors. He is expected to move away from the traditional procedure of processing the cases through the Department of Justice before granting pardons.

He is committed that such pardons are necessary to safeguard his family members and friends against the witch hunt that, according to him, will start once the Biden Administration takes over.

The President has already granted a broad-scale pardon to his former National Security Advisor, Michael Flynn. He was found guilty in 2017 of lying to the FBI in connection with Special Counsel Rubert Muller’s investigation of Russian interference in the 2016 presidential race.

The people surrounding the president have also been involved in several misconducts and are likely to face investigations once the president leaves office.

The president pardoning himself is also a possibility, yet it could also end Donald Trump’s political career, which is eyeing for the 2024 elections.

In 1866, the Supreme Court held that the President holds power to pardon any individual who has not been convicted and can be convicted of any federal crime.

A new DC District Court report has revealed that the Justice Department is investigating a case related to bribery for granting presidential pardons.

The report talks about funneling money into the White House and political committees in exchange for presidential pardons.

The report did not reveal the name of any person who is involved in this scheme. However, it does reveal that the recording of a communication between two people, one of whom is a lawyer, was seized from an office in a raid.

The investigation team also captured at least fifty devices, including iPhones, iPad, thumb drives, and computer devices, as evidence of the bribery for pardon scheme. How Criminals Become a National Discussion: The Procedure of Presidential Pardons

Several rules are to be followed in making the petition. These rules include the requirement of five years waiting before becoming eligible to be considered for the presidential pardon. Similarly, answering twenty questions related to the reasons for seeking pardon is also one of the requirements.

However, the president holds the executive authority to grant pardons without any hearing held by the Department of Justice or the Office of the Pardon Attorney.

With only a few weeks left in office, President Donald Trump is now considering granting preemptive pardons to his friends, associates, and family members.

The president has already granted a presidential pardon to his former aides and is now expected to pardon twenty individuals who have been close to him.

Presidential pardons are just one way in which the incumbent president is destroying the United States in his last days. While many presidents used pardoning powers in the past, the introduction of preemptive pardons on such a large scale is unprecedented, which can have severe consequences on the democracy of the country in the years to come.