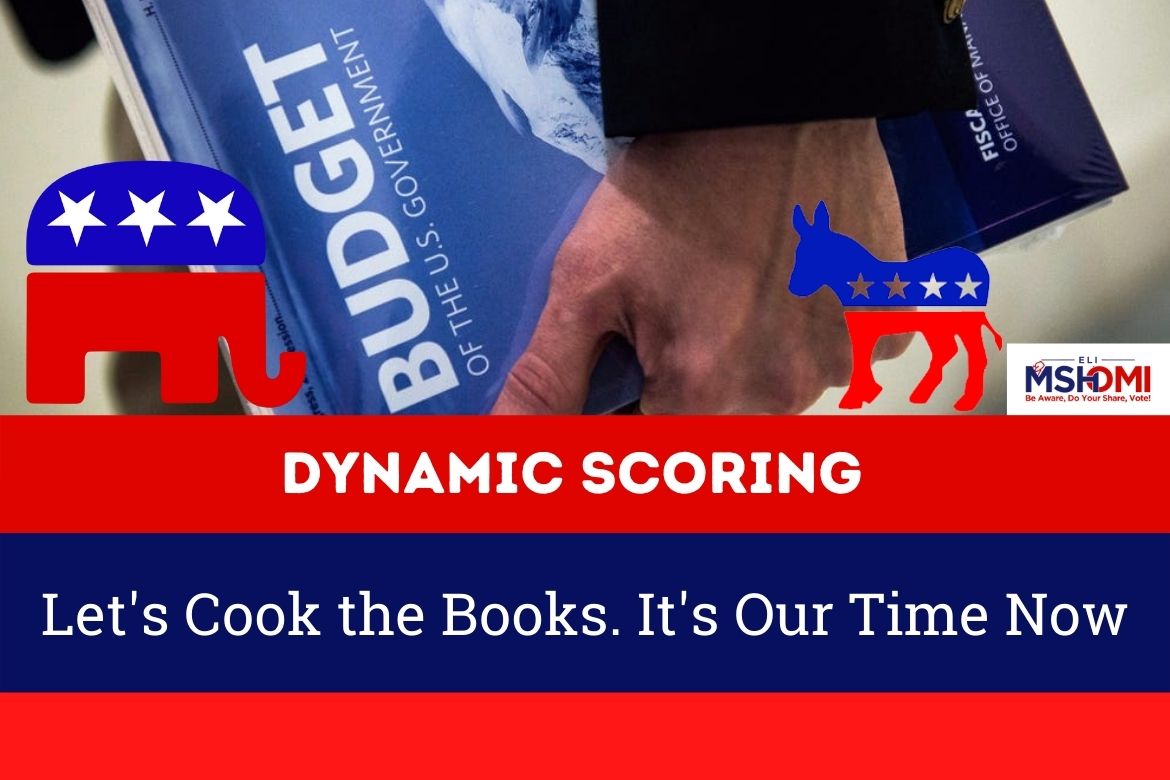 Dynamic scoring has long been used as a controversial tactic to predict the budgetary and monetary impact of the changing policies of the governments.

While there are always some direct impacts of any policy measure, dynamic scoring is primarily used as a tactic to measure the secondary impacts of government policies, including their impact on the overall changing lifestyle of people and its expected impact on revenue and spending of the government. This way, the governments try to make sense of their budgetary measures.

Governments try to make sense of the estimated revenue they can collect from any policy measure, albeit by controversial means.

At its core, dynamic scoring is considered an illicit tactic because it has failed time again and again to predict the correct numbers. In practicality, the microeconomic measures are too complex to predict. Democrats who once criticized Republicans for using dynamic scoring are now ready to use it themselves, showing the prevalence of hypocrisy in the Democratic ranks.

Introducing dynamic scoring is itself a thing debuted by Republicans in the legislative process when they won Congress in its entity in the 2014 midterm elections.

Back then, Democrats were angry, to say the least, and tried their best to oppose it. They opined across the same lines that the process is too complex to predict accurate numbers.

Republicans always believed that the only way to predict the cost of the economic measure is to see its impacts on the economy. For instance, in the case of the tax cuts, if the tax cuts are apparently speeding up the economy, it is in favor of the country.

At the end of the day, Republicans believed that their reduced taxes would benefit businesses, improve the lifestyle of the masses, and increased government revenues.

They opined that the reduced taxes would help businesses grow, and ultimately more revenue would come into the government pocket by making a small sacrifice. Democrats Walking the Path for Which They Criticized Republicans

Democrats always believed that microeconomics is too difficult to predict until it’s their time to implement the same policy as they control both the House and the Senate now.

Now when Democrats are using the art, they think that it is an accurate measure.

They are putting their hopes on their social safety agenda, which includes the reforms in climate policy and taxation regimes.

Democrats believe that by extending their climate agenda, they would help reduce the expulsion of greenhouse gases. With this, Democrats opine that they could bring prosperity in the long run.

Similarly, they believe that with more taxes on wealthier people, they would bag bigger tax revenues, which would help them collect more revenue ultimately.

However, this may not be the best policy measure economically, and Democrats are overestimating things. While economists can tell a bit about the proposed budgetary measure, having a dynamic scoring on a $3.5 trillion plan will be a wild goose chase.

Democrats now believe that the same dynamic scoring would help them get a fair estimate about their upcoming policies, which is an unfair approach, to say the least.\

To say the least, the results obtained from dynamic scoring are nowhere near the actual results. It is such a flawed policy that it is often known as the enemy of mathematics due to the flawed numbers that it brings to the table.

Making predictions about the revenue impact of the new government policy is always a next to impossible task. It is often an exaggerated phenomenon where economic analysts end up manipulating numbers to appease politicians.

Budgetary mathematics is a complex field of application with too much interdependence of things on each other. It is humanly impossible to make a predictive model to know about precise numbers. At the end of the day, even the top-class economists end up making blunders.

This is not the first time Democrats have walked the path of Republicans that they criticized earlier.

If Democrats use this dynamic scoring, the repercussions of the measure could backfire. It will give Republicans a chance after the failure of the collection of the estimated revenue.