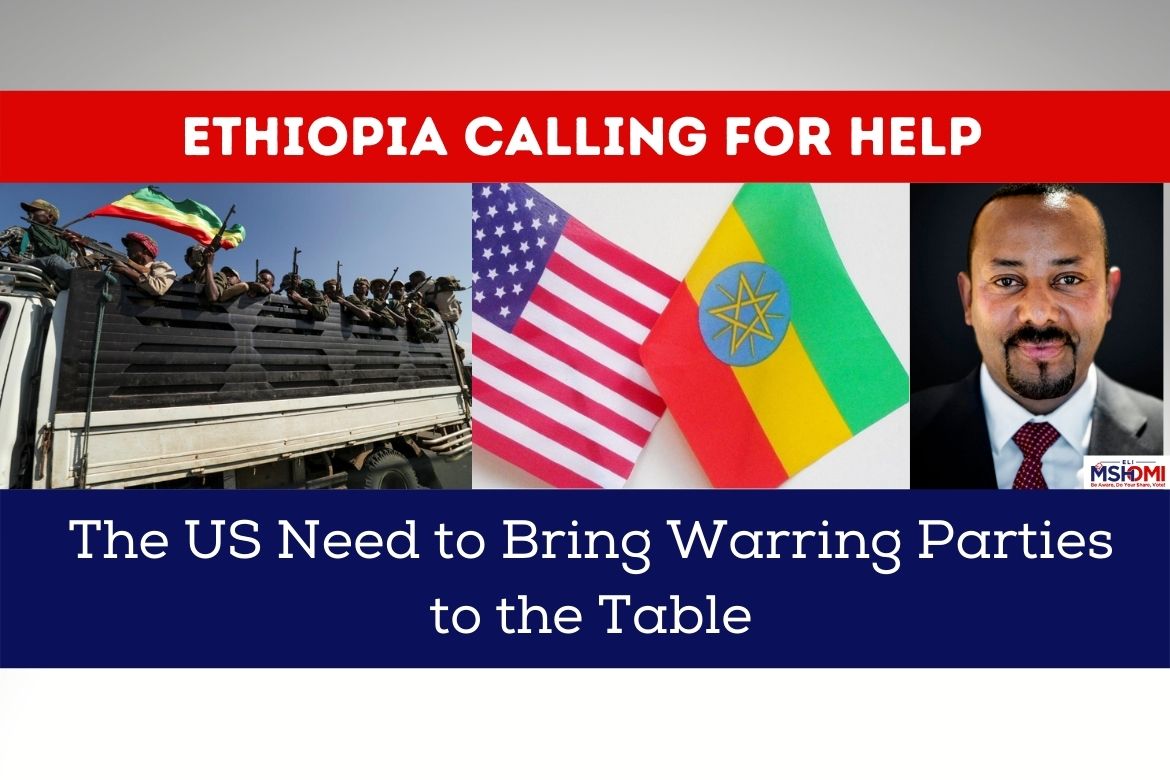 Ethiopia is on the verge of a disastrous civil war that is promising to kill thousands of people in a matter of days.

With rebel forces of Tigray advancing toward the capital, Addis Ababa, the authorities have asked the citizens to take up arms and defend their neighborhoods.

This state of lawlessness in the country depicts the failure of the global powers, including the United States, which turned deaf ears toward the country for a long while. Now, when the disaster is imminent, they have voiced their concerns to stop the violation. Ethiopia on the Brink of a Civil War: Immediate Global Involvement Needed

The US has often crafted its African foreign policy based on a reactive approach, defying the options of proactiveness altogether.

Whether it was Donald Trump or the incumbent administration, all of them tried to put sanctions instead of facilitating the warring parties to come to a negotiated settlement through diplomacy.

The Ethiopian government has been at cross purposes with the Tigray People’s Liberation Front (TPLF) since November 2020, which has sparked concerns of human rights violations all across the globe.

When Ethiopian Prime Minister Abiy Ahmed won the Nobel Peace Prize back in 2019, the hopes were high that he could settle the ongoing Ethiopian ethnic political divide once and for all.

But he decided to launch an offensive strategy against a Tigray-based group which he accused of attacking the government facilities.

While the role of the Tigray forces in nourishing violence against the government cannot be overruled as both parties are adversaries of each other, the government should have anticipated the response before launching an all-out assault against a group well-known for violence.

The United Nations have accused all the parties of committing war crimes in Ethiopia, which includes the ruling elite as well.

This is a concerning state of affairs that the Ethiopian prime minister, who has received a Nobel Peace Prize in the past, is now in troubled water by committing human rights violations.

Being a superpower, the role of the US should revolve around preventing the conflict before it happens. Now, when this all-important country in the horn of Africa is on the verge of disaster, President Biden has decided to eradicate Ethiopia from the trade program that was giving the country duty-free access to the US. Dialogue and not Sanctions: The Way to Counter the Ethiopian Crisis

The White House believes in an offensive approach rather than the politics of participation and encouragement. The matter could have been tackled by talking to all the stakeholders in a collaborative manner rather than imposing drastic sanctions on all the parties.

As a matter of fact, the warring parties are always likely to intensify their activities if they are being cornered by the sanction restrictions.

The same happened with the warring factions in Ethiopia as well, where the continuous sanctions encouraged rebels to fight until their death.

For instance, the Trump administration halted aid to Ethiopia, citing the reasons for “lack of progress” instead of establishing talks with the government.

However, this was very much expected from the Trump administration, who stepped up to curb financial aid even from the international organizations.

Biden followed the same path after coming to power. The executive order he signed sanctioned the parties involved in the skirmish instead of assisting them in ending the conflict through negotiations.

Now it has made matters worse for Ethiopians. Initially, the country was only marred by war; now, famine has also surfaced up in the country.

The US should try to solve the crisis as it does in case of international conflicts between two nations. Whenever border violations happen anywhere in the world, the global powers do not impose sanctions on the countries but mediate between them for a dialogue. The same should be the approach here as well.

The US needs to be proactive in its approach to stopping violence by relying on diplomacy. That should be the job description of ambassadors in troubled countries, who should seek avenues for peacekeeping instead of authoritative stances.

Undoubtedly, sanctions do play an important role in modern-day international relations, but they should be imposed as the last resort if all talks fail.

The unfolding events are telling a dangerous story in the continent which is always seeing a wave of military coups.

The situation is still under control as the all-out assault has not been launched by Tigray or the government yet. If the situation remains unattended and the US and other global organizations do not intervene to broker a deal between the rivals, the bloodshed will become inevitable, and the misery will strike the African nation hard.