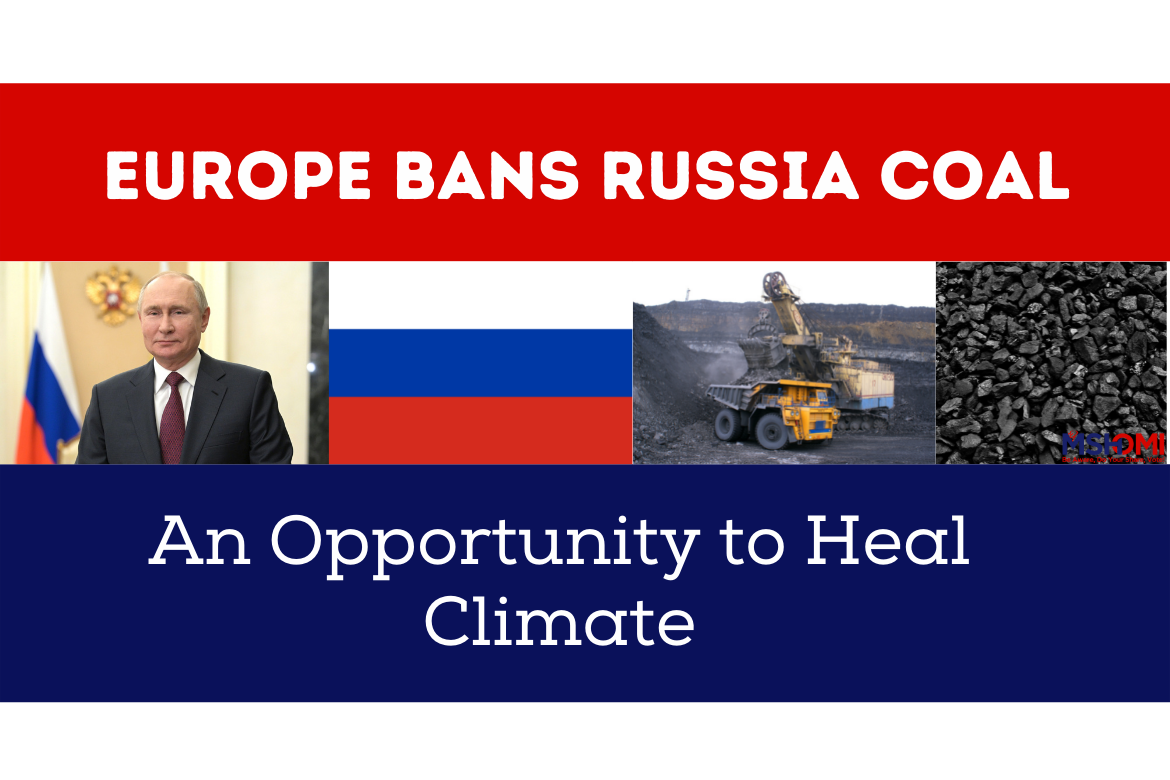 The world is once again stepping forward with chronic sanctions against Russia as Putin’s army is caught committing a massacre in Ukraine.

The war crime sanctions against Russia will be the final nail in Russia’s coffin as many countries are eyeing to choke Russia’s fossil fuels imports. The role of European leaders is important in this regard. On Thursday, they approved a ban on Russian coal in the latest blow to the Putin administration.

The four-month plan is intended to reduce the use of Russian coal gradually so that the world can see post-Russia.

The process became a bit slow during the procedural hurdles as 27 European countries had stakes in it, but this is not a surprise considering that some countries had a greater dependence on Russian coal than others.

Coal is the easiest energy source to replace for the EU compared to the Russian oil and gas sector.

However, there is still some evidence that reducing the dependence on Russian coal will serve more damage to Europe than Russia.

This is due to the fact that energy prices are likely to surge exponentially in the coming months, causing strain on European consumers.

Some analysts have even called Russian coal a “double-edged” sword, which is detrimental to Europe. Europe receives 47 percent of its coal through Russia and pays almost four billion euros per year.

Reportedly, Germany imports more than half of Russian coal and pays Putin 2.2 billion euros annually. That coal is eventually used to generate electricity and run the steel industry of the country.

A Blessing in Disguise for European Countries

The use of some of this coal is controversial, as it poses a climate threat to the continent, especially at a time when the world is being urged to decrease its dependence on fossil fuels to catch up with the Paris Climate Accord.

Banning Russian coal will be a blessing in disguise for the Germans, as the country had plans already lined up to eliminate its dependence on coal by the end of this decade.

So, the vice-chancellor and the economy minister of Germany have announced their ban on Russian coal.

But the transition for Germany has to come slow. German companies have already made new contracts with other countries and will move away from Russia soon. But this reliance has once again to be stopped soon if Germany wants to realize its climate goals.

The United States, South Africa, and Colombia will be the new coal exporters to Germany.

The downside in Europe is the significant unemployment that may be triggered by cutting off European energy.

Reportedly, cutting off Russian coal will result in job loss in the mining, chemical, and pharmaceutical sectors of Europe, which would be detrimental to the local dynamics of Europe.

The same is the case with Russia, as the chronic economic sanctions will only hamper the growth of the most vulnerable faction of the society.

It would eventually turn out to be a negative-sum game for everyone unless Europe takes drastic measures to go green in the near future.

In this regard, the Biden administration has an opportunity to tout its green agenda in the world and teaming up with European countries to bring energy revolution to the world.

Illegal Immigration Crisis: Ending Title 42 is a Recipe of Disaster