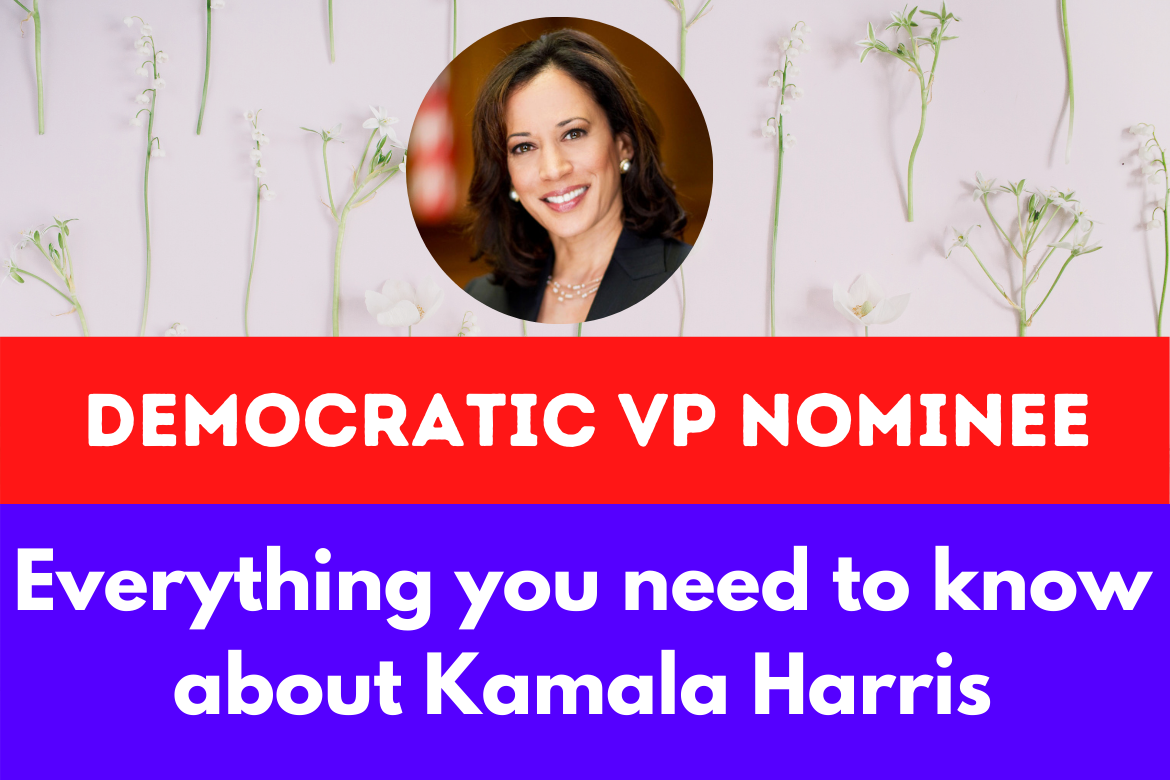 The nomination of Kamala Harris for the election as vice president of the United States emerged as a historic decision of the Democrats, as she will be the first of her type to contest for this seat.

With such a diverse ethnic background, she is ready to bring all of her experience to the office to make America more inclusive, with no racial disparities.

There were many possible choices for the seat of the VP for the Democrats, and it became a hot topic of debate about who should be the running mate of Joe Biden.

Despite several verbal attacks on her personality, she always stood for the right cause, and this is why Biden chose her, as she can give a tough time to Trump and Pence in the November elections.

For instance, Donald Trump labeled her as incompetent for the office of the vice president and said that Ivanka Trump is better than her as a VP. Not only this, but Trump also called Harris “nasty.”

Below are the links to tell you about everything you need to know about Kamala Harris. During her recent VP debate with the incumbent VP, Mike Pence, she excellently expressed her narrative on a range of topics including healthcare, coronavirus, economy, foreign policy, and racial issues.

You can explore Kamala Harris’s ethnic background, family, education and achievements, the journey to the nomination as the VP, details about her recent debate with Mike Pence, and tenure as Attorney General and senator by clicking on the respective links below. Everything you need to know about Kamala Harris

2: Everything you need to know about Kamala Harris Husband and Children.

4:  Journey of the senator as Attorney General Kamala Harris

5: Senator Kamala Harris as a member of the US Congress

6: Kamala Harris policies for Growth and Prosperity of America

7: Who Will Joe Biden Pick as His VP?

8:  What Everyone Must Know About Why Joe Biden Picked Kamala Harris as His VP

9: Why Kamala Harris will be a better VP than Ivanka despite Trump’s claims about Ivanka?

10: VP debate 2020: How VP nominees blamed each other for failures of the country

Kamala Harris: In a nutshell

Now as Joe Biden has won the 2020 presidential elections, this Asian-American woman of color is all set to become the vice president of the United States.

Racism is one of the most severe issues faced by America these days. Harris is the daughter of a Jamaican man and an Indian woman. With this much ethnic diversity, she knows the difficulties associated with making adjustments in any place when you belong to other cultures.

In recent times, the propagation of white supremacy has touched new heights under the Trump administration, where the president has been seen many times appreciating violent groups committing racial injustices. Only a leader like Kamala Harris can resolve the issues of minorities as she is one of them.

Her husband and children played a crucial role in crafting the personality of the senator. Due to their unparalleled support, she won the second-highest office in the country with the hope to change the lives of the masses.

Her success did not come overnight, as she worked hard to reach the position where she is today.

Starting her academic career from Thousand Oaks Elementary School to graduating from Howard University in politics and economics, she studied in various primarily Black as well as mixed schools. Not only this, but she also studied at the University of California. Even during her studies, she stood up for the right cause, including civil rights movements that brought her to the spotlight.

It was not an easy decision for the Democrats to nominate Harris as the VP, as she had a lot of opposition from the conservative circles. Yet her nomination to run for this seat came as a historic decision, owing to her diverse background.

It does not matter if Trump believes that Ivanka is a better person to be a VP. It is a fact that Harris has a more charismatic personality as compared to Ivanka, who has no political exposure except under her father’s administration.

Harris also worked in many Senate committees that helped her play her part in the United States’ progress. Not only this, but she also introduced numerous bills to make America progressive.

Her policies depict a clear picture of what she can do as a vice president of the United States. She has a working economic strategy to create more jobs for Americans. From foreign policy to climate policy, from immigration laws to police reforms, she has a remarkable opinion in every domain that will help her translate her ideas into actions for the growth and prosperity of the United States.

It’s about time, and, in the future, she can also become the first woman president of the United States that will give her absolute powers to transform America in a new way.