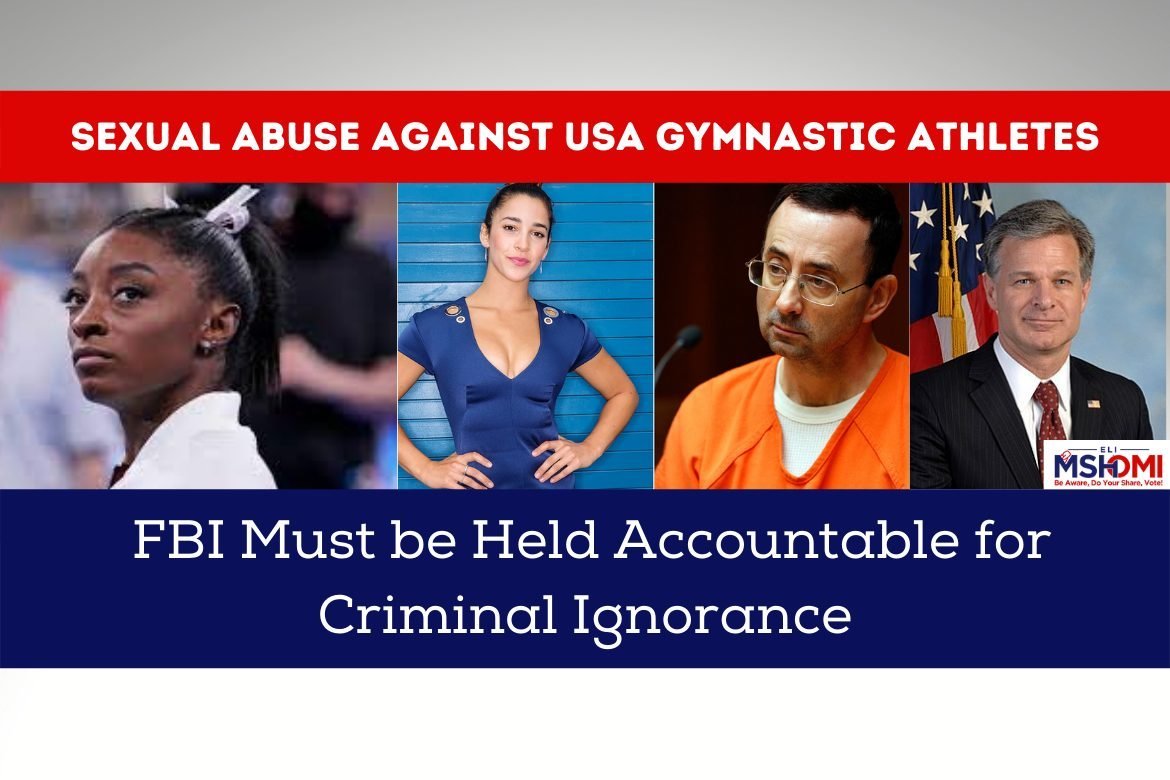 The United States Gymnastics Sexual Abuse Scandal that hit dozens of female athletes, primarily minors, spanning over two decades, has created outrage in the sports sector of the country.

Gymnastics doctor Larry Nasser has been named in hundreds of lawsuits for exploiting female athletes sexually.

In July 2017, Nassar was found guilty of sexual abuse, child pornography, and pedophilia.

An internal investigation conducted by the Justice Department into the USA gymnastics doctor Larry Nassar’s case reveals that investigators made “unacceptable mistakes” while investigating the case in 2015 and 2016.

FBI Director Christopher Wray told senators that one of the officers involved in falsely reporting the investigation had been fired, while the other has retired.

In its entirety, the justice system of the United States has failed the athletes and the sporting community for not bringing Nassar to justice in a timely fashion.

The case took a sharp turn when Federal Bureau of Investigation (FBI) agents were found deliberately manipulating the reports of victims to protect Nassar.

Now, when various athletes have testified in front of Congress, the plot of the FBI and Larry Nassar has been unveiled, which points out critical loopholes in the US justice setup.

The victims testified in front of Congress that despite their continuous complaints, the FBI failed to entertain their requests.

FBI’s Ignorance is Nothing Less than Criminal Silence

Biles, along with three other fellow athletes, told the committee that the horrors they went through during that time still haunt them and have left a lasting impact on their lives.

The FBI Director, Christopher Wray, said that he was “deeply and profoundly” sorry for the mishandling by the FBI agents.

The hearing was called as an effort to identify and punish the FBI agents who mishandled the case, allowing Nassar more time to abuse more athletes.

Four victims present at the hearing said that they knew many more victims who were abused by Nassar, even after the allegations against him were made.

An internal investigation conducted by Justice Department was released in July 2021.

This investigation showed that the FBI failed to treat the case with utmost sincerity or urgency even after the shocking allegations were made against Nassar to the FBI’s field office in July 2015.

Aly Raisman, a 2012 and 2016 Gold Medalist, was also one of the victims present at the hearing. Raisman said that more investigation should be conducted in the case, as there is a possibility that many other predators are also present and are holding top positions.

She also said that many more of the Olympic and FBI agents involved in the mishandling of the case should also be made accountable.

Horowitz testified alongside the FBI Director and related that USA Gymnastics conducted an independent investigation, and then-president of the organization, Stephen Penny, reported the allegations to Indianapolis, but the report went unheeded.

It was months after the initial report that the Bureau opened the investigations, allowing Nassar to prey on many other innocent souls.

The report specifically found out that the Indianapolis Special Agent in Charge, W. Jay Abbott, lied about the handling of the case.

Not only did he lie, but he also violated protocols by communicating with Penny Jr. for a potential job opportunity in United States Olympics Committee.

Although White House Press Secretary Jen Psaki called the athletes ”courageous and brave” for speaking up against injustice, the need for the hour is to eliminate these regimens in the first place, so anyone involved in these practices must be brought to justice on an immediate basis.

The FBI officials involved in the mismanagement must be treated fairly, based on the law and the evidence, and so should Larry Nassar.

Otherwise, those representing the country in the highest sporting events will be deprived of justice.