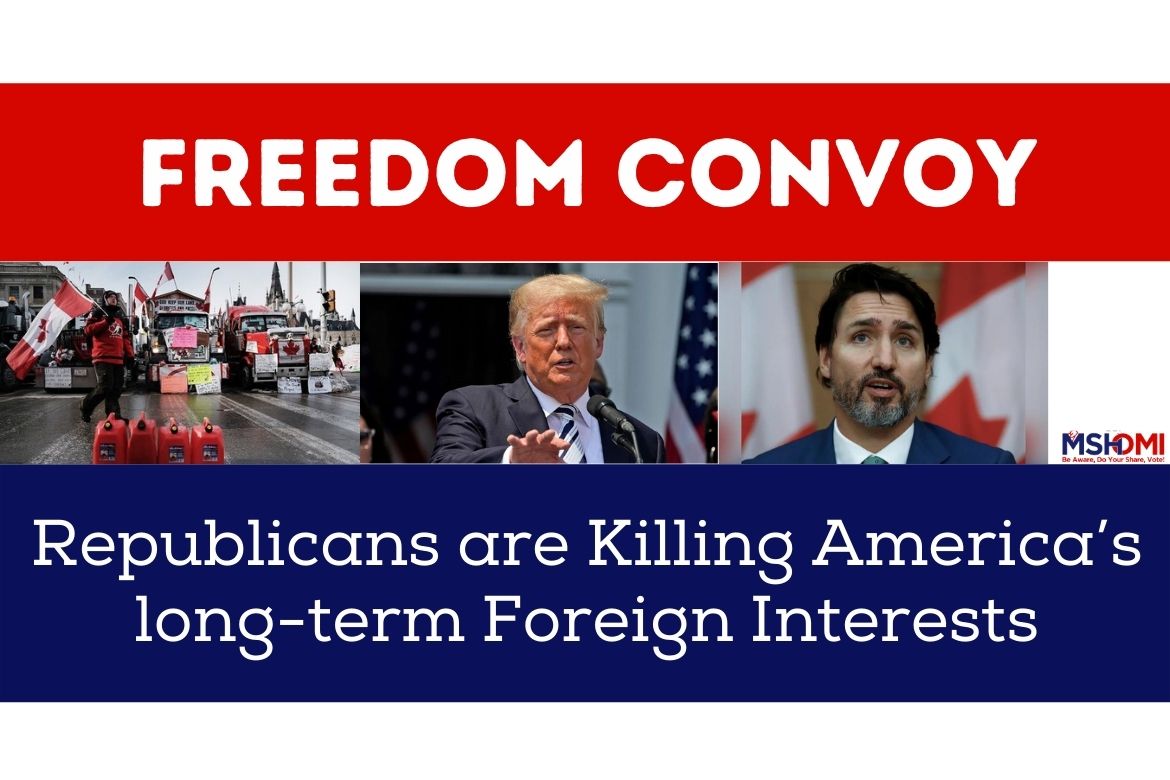 Mass protests which started against vaccination in Canada under the name of “freedom convoy” can have consequences well within the borders of America as well.

The bloodline of such protests is conspiracy theorists like the ones of QAnon, which try to exploit the masses just to further their agenda and create unrest in societies that they use to sell their own narrative. Vaccine protests: Conspiracy theorists are getting the much-needed benefit from it

Facebook took down a group that was created specifically to gather men for the march towards Washington DC to protest against the vaccine mandates.

According to the social media giant, the group violated its policies regarding Qanon, hence the ban.

When Canada’s Truck association disowned the mass protests by so-called truckers, noting that it had nothing to do with such demonstrations, it suggested that the protestors who blocked the US-Canada border were not the truckers actually but rioters who wanted to disturb the functionality of one of the busiest borders of the world. Republicans support of protests in Canada is beyond any sanity

The fact that the supply chain crisis was already intense in America, which resulted in the rising prices of daily commodities, and that the trade blockade at the Canada-US border could have made it worse is an eye-opener for many reasons.

Why is someone with a sane mind who is a well-wisher of people, and the country would back these sorts of protests which will only intensify the chaos in America?

Unsurprisingly, top Republicans, including Donald Trump, supported the so-called “freedom convoy” and encouraged them to come to America and protect the freedom of Americans.

This signifies a dangerous trend that can be detrimental to the peace of the United States. Firstly, his record of giving protests calls to the masses on controversial and highly partisan issues is not good.

The same sorts of calls led to the deadliest attack on the US Capitol Hill that crippled the democratic norms of the country. Secondly, shouting out for protestors that are not even Americans is not a recommended approach ever.

Canadian lawmakers instantly defied the calls to support protests from America, calling that it is the internal matter of the country.

When he is supporting them, he is not only putting his reputation at risk but also the reputation of the whole GOP, which can be under troubled waters when they get back to the government in the future and try to negotiate with Canada.

Canada is an all-weather friend for America, and meddling in their internal issues that too on a partisan basis will only make America’s relations tense with its neighbors in the future.

Secondly, Florida governor Ron DeSantis announced that he would investigate why the mass fundraiser GoFundMe has stopped fundraisers for the protestors of the “freedom convoy” in Canada.

Why would someone sitting in the United States that is too far away from Canada’s border in Florida be worried about the protest funding in the first place? Obviously, the end goal is to perpetuate the same ideology in America and start a wave of protests just for the sake of political gains.

When the US Supreme court has already banned the vaccine mandate for private employees and most states, even democratic ones, are lifting up the mask mandates, what is the point of supporting these sorts of demonstrations and the concepts?

Now when the efforts of these Republican leaders have started showing consequences in America, and the calls for protests against the mandates are in the queue in various forms, these entities would surely try to exploit them to get political advantage and strain the situation before the midterm elections.

When protests happen, they obviously violate the social distancing and COVID SOPs. This can create a sense of anarchy as these same people act as the carrier of the virus, which is manipulating its original form with each passing day and which has entered its third year now.