Gentrification and Education: People of Color Are Facing Challenges of their Lives 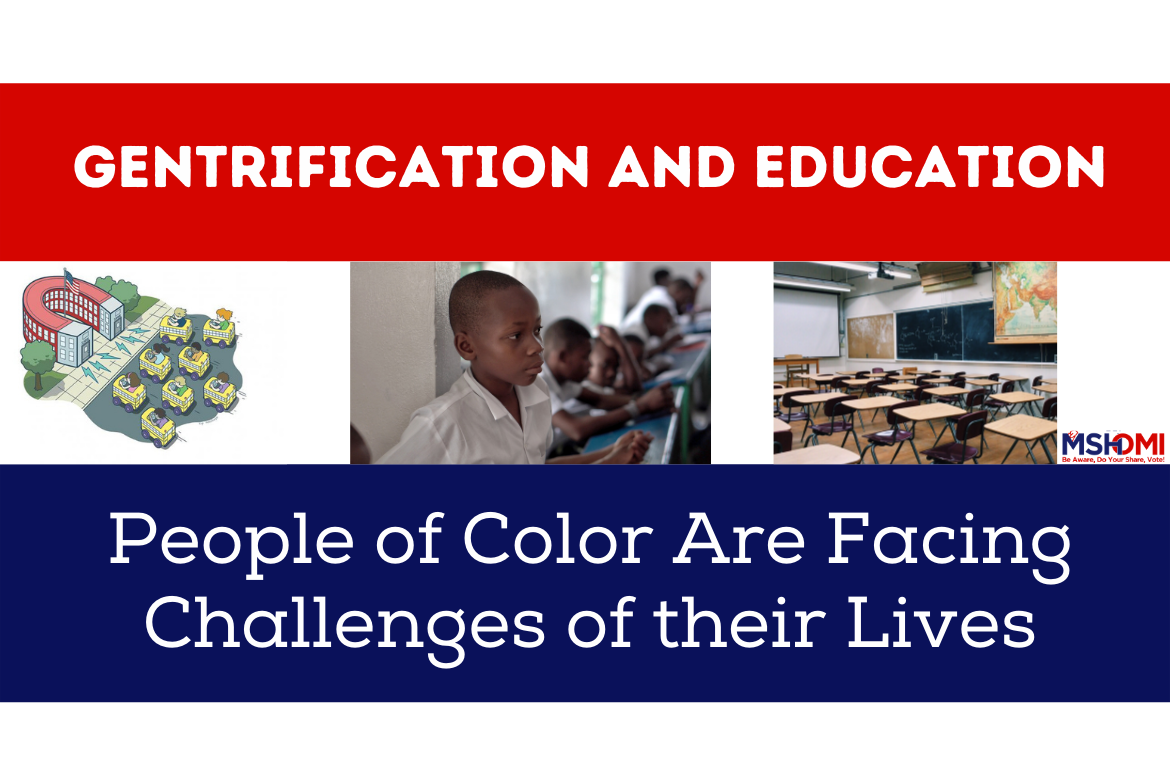 Menace of gentrification is spread in every sector of daily life, and education is no different. Gentrification is a double-ended sword when it comes to education as both the outgoing and incoming people to any locality are likely to bear its brunt.

While students who are leaving the locality are inevitably leaving their institutions, rich people who are moving in pose resistance to sending their students to schools not developed according to the latest standards.

As per the data of the National Community Reinvestment Coalition (NCRC), over 135,000 Black and Hispanic people were displaced from their localities owing to gentrification in the early 2000s.

But the numbers are rising unprecedentedly. The matter at discussion is how gentrification impacts education in the affected communities. As gentrification is usually done along racial lines, Black students are most likely to face the brunt of the discrimination.

Students are forced to change their schools as their families can no longer afford to live in a locality. If they choose not to leave school, they are likely to travel daily to these schools from far-off localities of their new homes.

Eventually, these people are forced to run away as difficulties start mounting. Ultimately they have to find new schools, which can take time and they may not be able to get admissions during mid-seasons.

Thus many of them can end up wasting their years, which can also lead many of them to drop off of school, having life longing consequences for their families.

White students newly moved to the gentrified neighborhoods can undermine the education sector of the poor localities, and pose significant resistance to join black schools. Gentrification is a threat to public schools and passing out rates

Reportedly nonwhite neighborhoods, where magnet and charter schools are the options, are 122 percent more likely to face gentrification crisis.

Magnet schools are those which offer specialized curricula even when they are part of the local school boards. In these schools, students from any district can enroll, unlike traditional public schools where school districts are assigned to students based on their addresses.

Likewise, charter schools are those that are publicly funded yet are not funded by local school boards. Students in these schools can also get enrolled irrespective of their addresses.

Parents can often opt out of traditional public schools to send their children to either charter or magnet schools to avail the best possible option available instead of sticking to a specific school district.

However, with increasing gentrification, these charter and magnet schools are likely to suffer big time because local school districts start getting outdated.

For instance,  in California over 10,000 students moved from school districts to charter schools in a timeframe of 10 years in just one district alone, namely Oakland Unified School District.

As mentioned previously, moving from one location to another is connected with increasing mental health problems among students. And these mental illnesses are eventually linked with a slow learning process, which means that the learning habits of gentrified students are impacted severely.

Families which decide to stay in gentrified neighborhoods instead of moving to cheaper localities also face rigorous discrimination.

They have to cut off their expenses drastically so that they can survive. With rising rents and increasing costs of living, they often end up compromising their children’s education. Thus solving these crises in a reputable fashion is the only way out

Russian Invasion of Ukraine: The Death of Liberal World Order