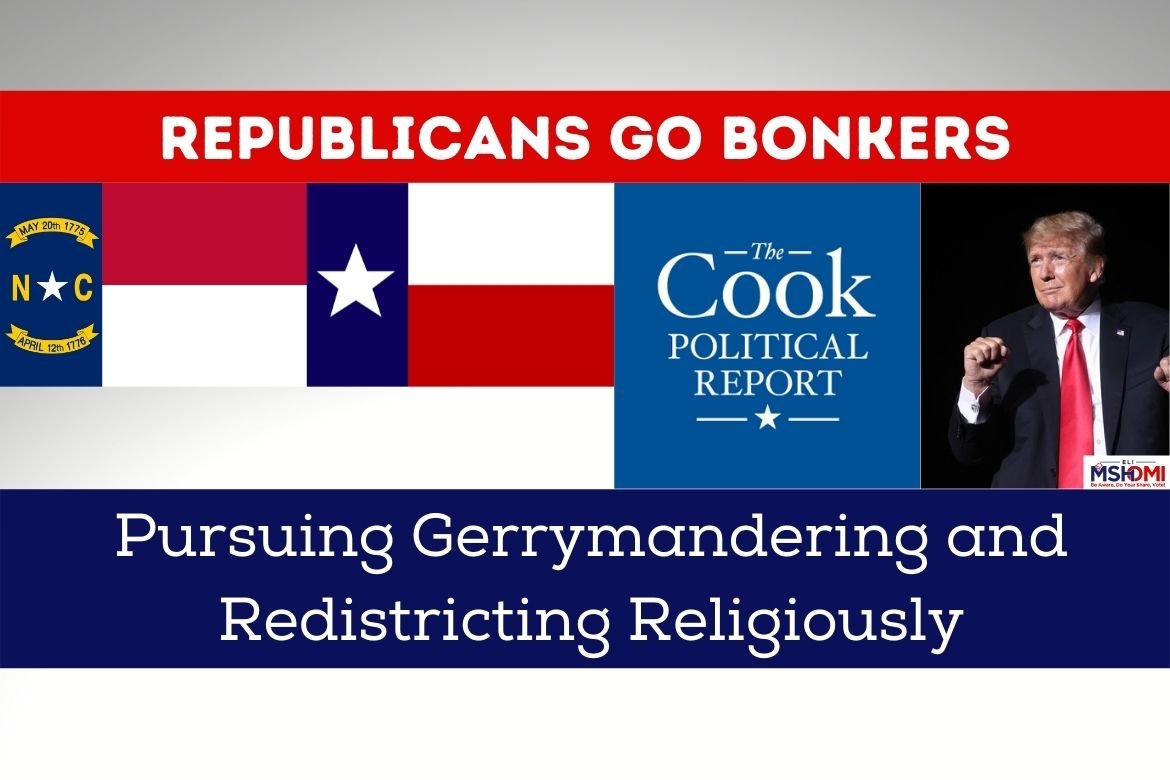 Republicans are eyeing to de-seat six Democrats from the House in the 2022 midterm election but are not using fair means.

This time they are perpetuating gerrymandering and redistricting efforts to steal maximum votes, negating their own slogan of so-called “stop the steal.”

Texas, Michigan, and North Carolina are some of the states through which the GOP is furthering that sort of voter suppression.

Texas: The Epicenter of Voter Suppression and Gerrymandering by Republicans

The gerrymandering case of Abbott v. Perez in Texas exposed the racially-based gerrymandering tactics of Republicans in the state already well-renowned for voter suppression efforts.

The case started in 2017 when the three judges of the district court of Texas gave the ruling related to the maps which were drawn in the congressional elections of 2013.

The court targeted District 27 and District 35, along with nine state house districts. Even the court believed that the agenda was racially driven, which depicts the Republicans’ dangerous ambitions.

Although the Supreme Court cleared the allegations on all districts except District 90, which faced intended racial manipulation, the case was a significant blow to Republicans.

This shows that GOP, over the years, tried to draw the electoral districts in such a way that minority voters faced a disadvantage.

Republicans’ efforts did not end in Texas. They continued this dirty politics of partisan gerrymandering in North Carolina, which also faced a severe backlash.

This interesting development happened because of the federal court’s acceptance that they can’t interfere in political gerrymandering issues, and only state courts can decide on these issues.

After this development, the state courts came into action, and they thrashed the maps of dozen congressional districts in two cases.

The courts stated that Republicans were violating the democratic voting rights of citizens over a period of years. These maps prevented the local voters from choosing their favorite candidate.

Instead of that, representatives got a chance to select their own voters, and they did it religiously by redrawing the boundaries.

Despite the fact that Republicans themselves manipulated boundaries in their favor, they often accuse Democrats of politicizing the issue for taking it to court.

Republicans Going Dirty in Virginia: Redistricting and Gerrymandering at its Best

Then comes the state of Virginia, which is also encouraging Republicans to change districts to manipulate election results.

Republicans gerrymandering in Virginia is another setback to its reputation toward the people of color.

Virginia courts have also sided with Democrats as the GOP has been too assertive in changing the boundaries.

The ruling by the three judges of the Supreme Court came against Republicans because it had been proved that racially based gerrymandering happened in the eleven districts of Virginia.

The purpose behind this act of the Republicans is to weaken the clout of Black voters and their voting rights.

This effort also violated the 14th amendment related to equal protection under the law.  Republicans need to soften their attitude toward minorities if they want to keep their party relevant in the longer run.

Otherwise, Democrats will continue to exploit this weakness for their own political advantage, and the GOP’s reputation will continue declining again and again.

The current composition of different states legislatures allows Republicans to mend boundaries every time they need it.

This was also depicted in the report named Cook Political Report,” which examined that the GOP lawmakers would have a dominating role in the redistricting process of twenty states, i.e., 187 districts, as compared to Democrats with authority over only eight states, i.e., 75 districts.

This gives Republicans a huge advantage in gerrymandering, and by manipulating redistricting in a few states, they can get control of the House of Representatives back from the ruling government in the year 2022, hence stopping Biden’s agenda as he would move forward to his second half of presidency.

There is another factor at play in the long run, and that is a demographic change in the form of rural-urban migration.

The latest census provides clear information that rural areas lost population to urban, and this is no surprise with the rising urbanization everywhere.

But with the population gain of urban areas, the Democratic governors could get the upper hand in the upcoming decades.

And, the Republicans could lose their advantage in the long term because of this demographic change from rural to urban counties.

This is the reason why Trump-inspired Republicans are leaving no stone unturned in curbing people’s authority to elect their own politicians.

While independent redistricting commissions are being created in various key states, including Virginia, New York, Colorado, and Michigan, it is the need of the hour to empower these commissions enough so that they can actually curb unfair redistricting.

Otherwise, any effort of making commissions will only be regarded as a symbolic event that is done to eyewash voting rights advocates.