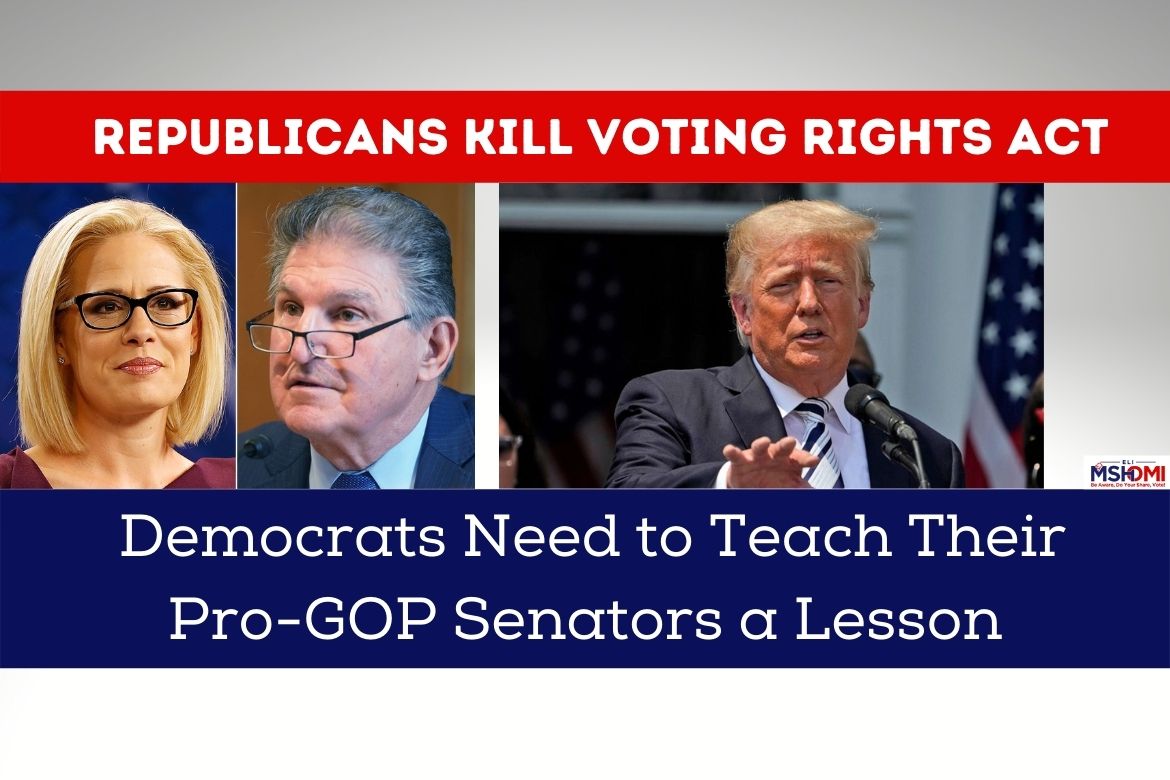 Due to the inability of congressional Democrats to kill the filibuster, Republicans have once against successfully managed to kill the voting rights bill, the Freedom to Vote Act, in the US Senate.

Despite knowing that the GOP would destroy the bill in Senate, Democrats relied on them and did not focus on eliminating the filibuster.

This may seem an old story, but the ruling party is making the same mistake again and again.

This time, the hopes were high that the Senate Democrats would somehow find a way to wrap up the filibuster because Senators Joe Manchin and Krysten Sinema were both inclining with the Republicans on the voting rights bill.

However, still, they just made a failed attempt to revamp the electoral system of the USA that is hindering the essentials of democracy.

Democrats tried previously to pass the For the People Act, which they failed to do because Joe Manchin was not ready to compromise on some key provisions of the bill.

At the end of the day, he hijacked the vision of all the Democratic caucus and made them bandwagon as per his own choices.

This failed attempt of Democrats has only served one purpose,  to reignite the debate that Democrats should try to get rid of the filibuster as soon as possible if they really want to get their bill passed.

Biden is being pushed into a dead-end tunnel. He, along with other Democrats, should make sure that they make Manchin and Sinema pay for the things they have done to the party.

All Democratic Senators must lobby against both of these senators in the next elections if they fail to destroy the filibuster in this term.

Only then can the Democrats ensure that they could hack Congress forever.

The Senate majority leader should understand by this time that Republicans are not going to vote for them in any case, especially for the voting rights legislation.

However, instead of facing reality, they are requesting the GOP senators to vote for them, despite knowing the end result. This is a poor state of affairs as the  Democrats’ reluctance to rely on data is costing them too much.

Former President Donald Trump has urged the GOP voters to boycott the elections if the so-called voter fraud issue is not resolved in the next elections.

This could be a welcoming sign for Democrats and should serve the purpose of canceling the net effect of the Republicans’ voter suppression efforts.

As a significant portion of the Republican voter base is likely to comply with Trump’s call, they can actually boycott the elections based on the former president’s comments.

This would make the suffering worse for Republicans who are contesting elections in 2022.

It is pertinent to note here that these efforts of Trump can prove more detrimental for the GOP contestants of the swing states, who were already counting each and every vote to go through the finish line.

This failed attempt of Democrats meant that the country might continue seeing voter suppression at the state level alongside the orchestrated partisan gerrymandering efforts.

Amid Trump’s calls for an election boycott, the GOP lawmakers can start embracing new tricks of voter suppression.

For instance, if Republicans saw a low voter turnout in their favor just because of Trump’s statement, they will surely go for another round of voter suppression.

For them, maintaining their Congressional presence is more important than anything else, and they would strive to do that by hook or by crook.

Once they start doing that, Democrats would find new calls for changing election laws at a federal level, which is what they are trying to do exactly right now.

This tug of war between two competing ideologies will stay until the authorities at the state levels are curbed and elections are federally controlled.