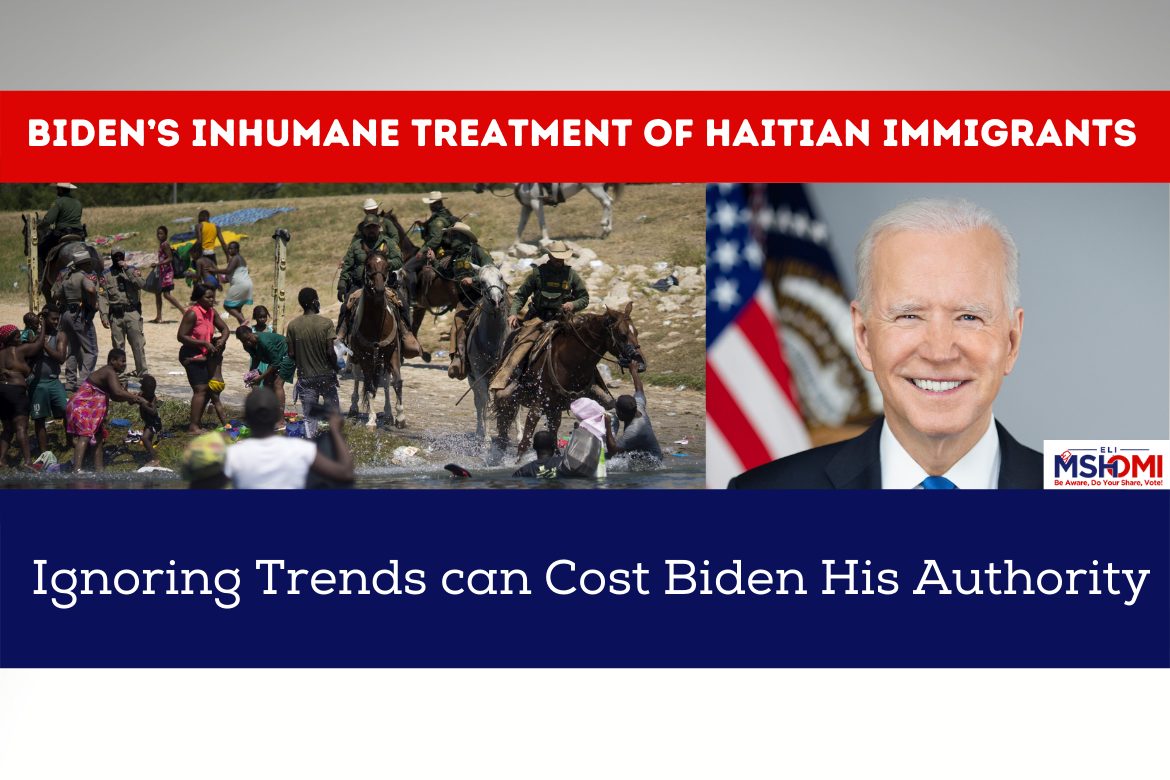 Haitians are gathering at the US-Mexico border, with the Biden administration having no clue of how to deal with the crisis.

As predicted by our website mshomi.com. after the assassination of the Haitian president, the Haitians are showing up on the US southern border, prompting the immigration crisis.

This time, these immigrants are feeling betrayed and backstabbed because the Biden administration is turning a blind eye to them despite giving them initial hopes.

The brutal treatment of the US forces of the incoming immigrants was captured in a video clip when the officials, riding on horseback, were seen deterring the immigrants aggressively.

This sparked the outrage of both Democrats and Republicans, where legislators have demanded a better strategy from President Biden in tackling the crisis.

When the Haitian president was murdered, we predicted that Haitians could show up on the US-Mexico border due to the rising tensions within the country.

The United States ignored Haiti’s request to help the country in this dire time of need. However, the US denied considering the request, as it has placed many sanctions on the Caribbean nation.

As the inhumane behaviors of the Biden administration continue, the US special envoy to Haiti has resigned as a protest, sparking further unrest in the already strained political tensions.

Immigrants are Felling Betrayed at the Hands of President Biden

President Biden remained soft-hearted on immigration policies since the very beginning of his political campaign. This way, he lured immigrants, especially Haitians, and won their votes in big numbers.

Now, when it is time for him to help them, he is acting with full force against the immigrants and treating them in an inhumane way.

While the investigation against the border forces who used horses to repel the immigrants has already been launched, this could have been avoided in the first place.

Despite knowing that Haitian immigrants could come in significant numbers into the US due to the tensions at home, the inability to put precautionary measures and additional forces at the border speaks volumes about his incremental policy measures and not foreseeing the crisis.

The Haiti immigrants problem is permanent, and they are expected to stay at the US-Mexico border for the near future.

Republicans are also playing politics on the issue, as the Texas governor has approved additional forces to deter the immigrants.

President Biden, time and time again, has asked to promote human rights in the foreign policy arena. He even propagated the same thing in his United Nations address.

But the actual treatment of the influx of immigrants was nowhere near his often-preached human rights designs.

The outbreak of this division within Democratic ranks is due to the fact that Biden failed to tackle the immigration crisis at this time. Even Biden’s right-hand man and Senate Majority leader Chuck Schumer said,

“We cannot continue these hateful and xenophobic Trump policies that disregard our refugee laws. We must allow asylum seekers to present their claims at our ports of entry and be afforded due process.”

This speaks volumes about the disapproval of Biden’s policies while tackling the immigration crisis. He needs to take this issue seriously as soon as possible and enact better legislation that can safeguard immigrants’ interests up to some extent.

Not doing this can hurt his 2022 election campaign, as many Democratic voters are pro-immigrants and want America open for everyone.

Biden has placed himself between a rock and a hard place going forward. The Supreme Court has already rebutted the liberal ideology on the immigration issue by reinitiating Trump’s stay in Mexico policy.

Now when Democrats try to enact any legislation, it can also trigger the wrath of the conservative Supreme Court, which is not leaving any stone unturned in promoting the right-wing agenda in the country.