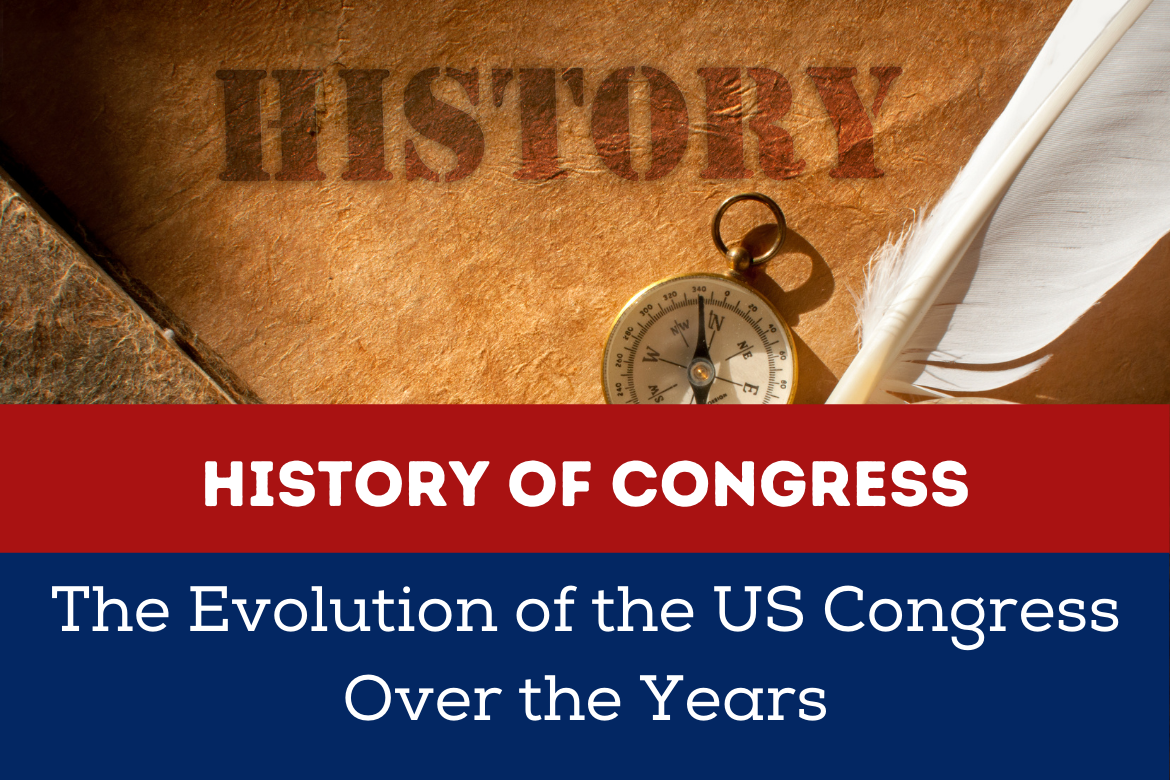 Although Congress was first established under the Constitution of the US in 1789,  we can trace the history of Congress back to the First Continental Congress that met in 1774 for the first time.

From the first Continental Congress to the Congress of the Confederation to the introduction of the Legislative Reorganization Act of 1946 and 1970, Congress was reformed numerous times by the stakeholders to make it as efficient as possible.

This evolution in Congressional history is the primary reason it is regarded as one of the most important and effective government branches today.

Let’s explore how Congress has evolved over time and become one of the most important branches of the government. Congress of the Confederation

As the Articles of Confederation came into effect in March 1781, this resulted in a weakened central government, with the unicameral legislature having equal representation from each state. The government was ineffective because each state had veto power in almost all matters. Congress had no authority to regulate commerce and taxes. Similarly, there was no authority given to Congress regarding the enforcement of laws.

History of Congress and the Establishment of the Modern-day Congress

It was decided that the House of Representatives’ size would be determined by the number of states in the federation and their population. Therefore, the House grew with the passage of time, as more and more states continued to join the USA.

Some of the other significant efforts to reform the legislative branch in Congressional history are given below.

Read more: How can Congress Impeach the President?

The Legislative Reorganization Act of 1946

During the Great Depression and in the wake of World War II, the authority and credibility of Congress were greatly eroded. It became the common perception that Congress was failing to align itself with the needs of modern times. This was due to the fact that the federal government took over the vast set of responsibilities during the years of economic crisis and the World War.

The primary purposes of this legislation were to:

The legislation was passed, and this made the legislative branch of the US government stronger than ever before.

The Legislative Reorganization Act of 1970

This was yet another effort to reform the Congressional Committees that play a crucial role in running the affairs of the legislative branch.

However, this time the primary focus was to empower the members of the committees and to reduce the powers associated with the chair of the committee. Once President Nixon signed the legislation, the workings of Congress changed drastically.

The current status of the US Congress is due to the on-going reforms of the legislature. The history of Congress suggests that had there been no reforms, the fundamental doctrine of the separation of power would have been disturbed in favor of the executive branch.

History of Congress also suggests that the branch in its existing state should not be considered as the ultimate authority, and the government should make all the efforts overtime to make the country’s legislative capital as effectively as possible.