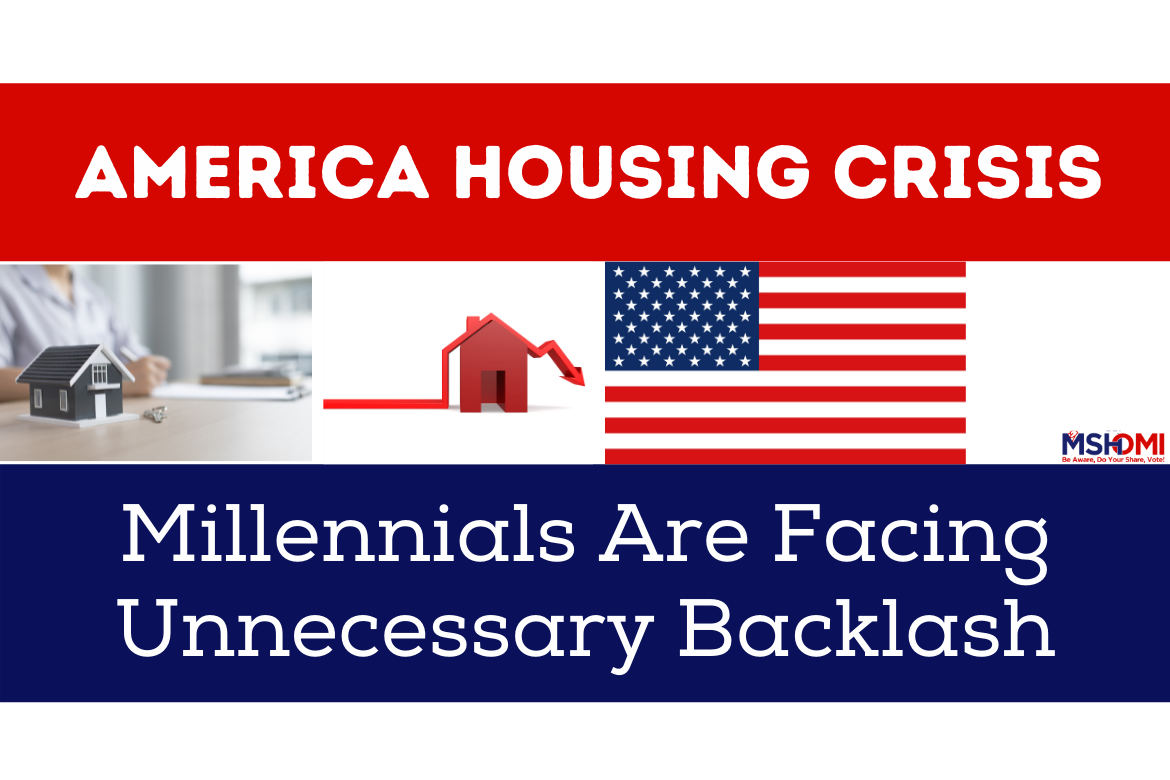 There are anti-millennial voices once again in America for the prevailing housing crisis.

Early in the COVID days, many people considered if the surge in remote working activities would help revitalize smaller and cheaper cities as people sought more homes.

Thus it was wondered that white-collar millennials would be the ones to populate those areas where the population does not prefer to live otherwise.

So, it raised the avenues for the government to collect more taxes. This made the millennials relevant in the country after the great recession. Housing Prices are Raising and Millennials Are Facing the Backlash

Now prices and rents of properties have surged significantly, and available homes for sale are touching a new low. As this supply-side disruption increases, bidding becomes fierce further.

If the news of the mainstream media is to be believed, “Zoom towns” of millennials are to be blamed for these crises, especially in low-cost areas.

Ostensibly, the mess is created due to the underinvestment in the housing sector in the last decade. Similarly, exclusionary zones have also played their part in worsening the crisis.

Many state laws favor boomers who are living in their many-bedroom houses alone after their retirement, which is one of the reasons for the crisis.

There is a school of thought on the side of millennials that decries that this community should not be blamed for this mess created by the inefficient policies of the government. They claim that they cannot afford to live with their parents as many of them get backlash from communities for doing it.

Likewise, according to them, millennials graduated in a terrible job market, which means that these people are still not spending enough to get their own spaces, which they were supposed to do.

In the upcoming years, as the market eases, these crises of housing can get worsen when even more millennials enter a sustainable market.

Housing Crisis Will Only Worsen Overtime

Those who accuse millennials claim that they should seek new homes in alternate and underdeveloped areas.

However, even if some of them start buying houses in one specific community, they are likely to trigger a gentrification crisis, as bars, restaurants, and modern facilities would be forced to come to those areas. This will eventually push vulnerable populations out of these areas.

Millennials believe that they cannot afford to move to idyllic towns, and locals there would be forced to be moved elsewhere, as suggested by the data.

The opposition to these claims portrays that millennials can construct their new housing societies. But most of the cities are out, and they are not allowing it to do so for various reasons. Firstly, many major cities fix some quotas for housing schemes, including fixing the residential space for those who earn less than 60 percent of the media houses.

So the possibility of these sorts of housing schemes will be an outright imagination.

It is true that millennials are occupying most of the new houses in modern-day America. But it has much to suggest about the changing family dynamics of America, which suggests that the trend is shifting from nuclear families to independent residences.

Now more millennials prefer to live alone or with their spouses due to the rising social differences triggered by the generational gap.

However, these are the same people who are the most affected by these crises. This is due to the fact that while some of them can afford to house, a big lot of them still cannot afford it, which makes them the biggest receiver of the prevailing housing crisis.

This means that governments have to step in to solve the crisis before more people move forward to get their own homes.

Afghanistan’s Landmines Problem: The Worst is Yet to Come