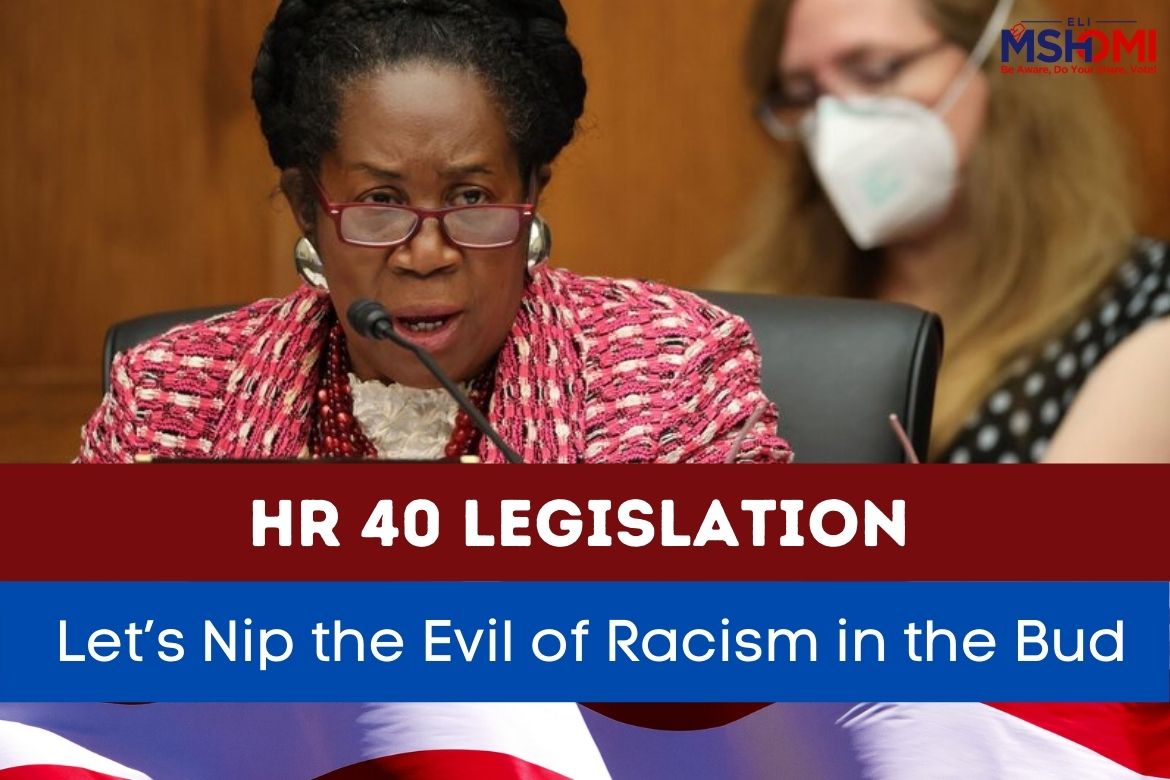 HR 40, legislation aiming to address slavery and discrimination against African Americans, is hoping to pass Congress this time, after being rejected by the same for decades.

Recently, legislation to create a commission that will study reparations for Black Americans has cleared the Judiciary Committee of the House of Representative, acquiring 25 votes in its favor.

Representative Sheila Jackson Lee introduced HR 40 in the House Judiciary Committee at the start of 2019 and 173 other co-sponsors.

If passed, the measure will be a ground-breaking measure in addressing the issues of African Americans who have been exploited for ages in the United States.

HR 40: A Commission to Study the Cruel Acts of the Past

The HR 40 bill was initially introduced by Rep. John Conyers, asking to establish the commission to examine slavery and discrimination faced by African Americans in the United States in the past.

The bill is formally known as Create a Commission to Study and Develop a Reparation Proposal for African Americans Act.

The primary motive of the bill was to recommend appropriate remedies for the discrimination against African Americans, which has emerged as a result of:

The motive of the bill is to compensate the descendants of the African Americans whose forefathers faced slavery, owing to the cruel practices in the past.

The even bigger motive remains the creation of awareness against the institution of slavery that can eliminate the oppression in the long run.

It is pertinent to note here that reparations will act as an admission of guilt by the government. No amount of money can compensate for the misery faced by African Americans. Still, this admission will be a necessary step taken in the right direction to stop the persisting evil.

Mitch McConnell and Similar Minds: A Threat to HR 40 Legislation

The need of the hour is to bust the mindset that Mitch McConnell and thousands of other racist Americans possess about the United States history.

Recently, Mitch McConnell refused to acknowledge 1619 as the year when slavery started in the US, an important year of history.

As the HR 40 legislation specifically talks about the year 1619, this bill is likely to get opposition from the racist Republicans in the Senate. They are not even acknowledging the matter as important.

Whether it is about the denial about the presence of racism in the country by Joe Biden and Kamala Harris, or the denial of the history itself from Mitch McConnell, racism is infiltrated in the ruling as well as the opposition benches, which poses a threat to the concept of the HR 40 legislation.

A Ground-breaking Resolution Ready to Enter the Senate

HR 40 has entered the United States House of Representatives. It is likely to pass this stage to enter the Senate, where Democrats will need bipartisan support to convert this legislation into law.

Once passed from both houses, HR 40 will establish a 13-member commission to examine slavery and discrimination in the country and its effects.

After examination, the commission will recommend appropriate remedies for solving these discrimination issues against African Americans, which are currently among the most critical topics in the country.

The legislation aims to increase the awareness about the wrongdoings of the past against the African Americans by providing reparations to the descendants of slaves from 1619 until now.

HR 40 is not a new debate, as it became a matter of politics several times. For the first time, Rep. John Conyers introduced HR 40 in Congress in 1989.

Conyers successfully introduced this legislation in every Congress for almost thirty years, but it did not manage to enter in a full House vote even one single time.

In 2019, a hearing was conducted on the HR 40 bill by the House Subcommittee on Constitution, Civil Rights, and Civil Liberties without reaching any conclusion on the legislation, but this helped the legislation to gain support from Democratic presidential candidates of the 2020 presidential elections.

The legislation has also been raised in the Senate Committee by Senator Cory Booker in the 116th Congress, but it faced the same pattern of rejection in the initial stages.

However, in 117th Congress, the legislation has managed to get the deserved attention in the House and Senate Committees of Jurisdiction and managed to pass the committee in House.

It is time to acknowledge the efforts of Rep. John Conyers. He burned the midnight oil to create awareness about the Jim Crow segregation, chattel slavery, and the never-ending cycle of structural racism in the United States.

The concept is even more critical after the racist tenure of former President Donald Trump, where the appreciation of the white supremacist groups, including Proud Boys and QAnon, had become a new normal.

HR 40 has given life to a dying acknowledgment of slavery crimes committed against African Americans in the United States.

The Derek Chauvin verdict is also a stark reminder of the importance of the HR 40 legislation.

Even some conservative voices, including the New York Times columnist David Brooks, have acknowledged the need and significance of reparation.

Therefore, it can be said that HR 40 is the path for restorative justice and acquiring the goal of a multicultural democracy where American people could live a peaceful and progressive life, eliminating every kind of discrimination.

HR 40 is the first type of legislation that aims to address the issue from the grassroots level. Other legislations, including HR 1, were specific measures against voting suppression.

However, this legislation seeks to nip the evil in the bud. It will also act as a litmus test to distinguish white supremacists from multicultural Americans.