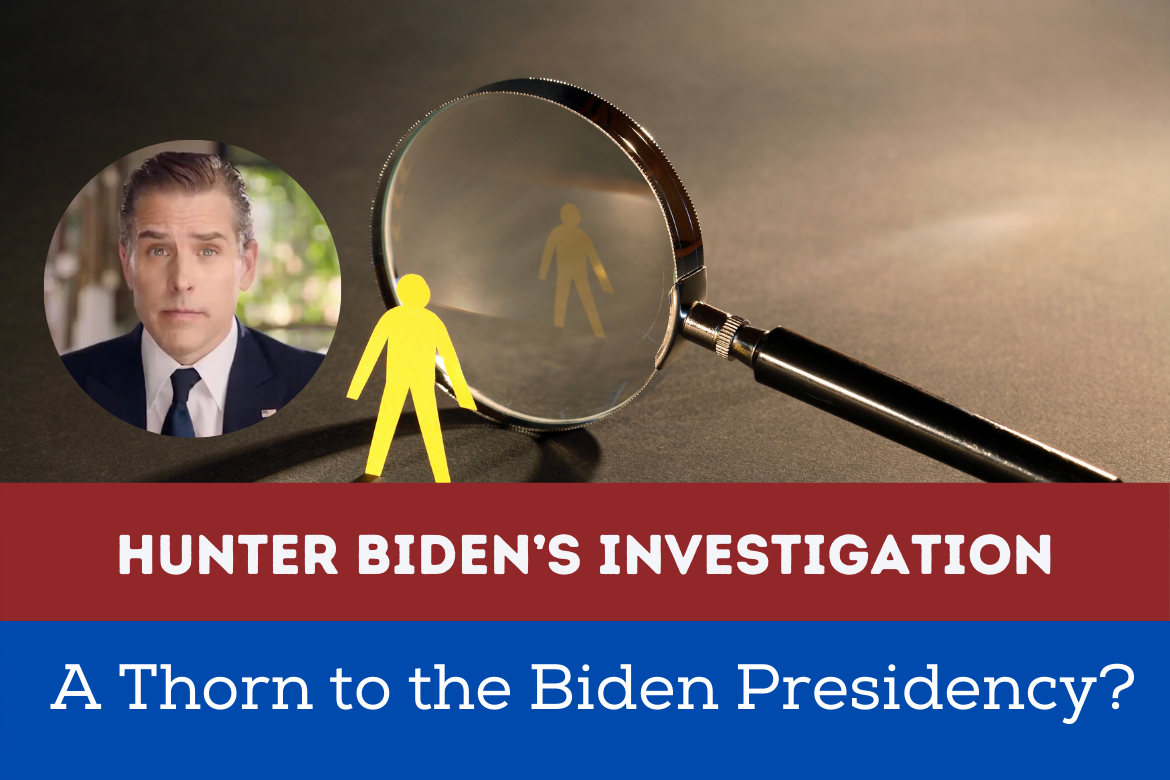 “If Biden gets in, nothing will happen to Hunter or Joe. Barr will do nothing, and the new group of partisan killers coming in will quickly kill it all.”

Hunter Biden, one of the sons of Joe Biden, came into the spotlight in 2018 when Donald Trump asked Ukraine to investigate him for his financial dealings. This attempt by Trump ended up with the House of Representatives impeaching him in 2019.

The chapter of Hunter Biden was closed until a 64-page document started circulating in right-wing social media networks, accusing the former vice president’s son of having contacts with the Communist Party of China.

Now, when Joe Biden is a few weeks away from taking the oath as the president of the United States, reports have emerged that Hunter Biden is again under investigation regarding his business dealings with Ukraine and China.

The latest reveals just came up as the first shock to the upcoming Biden administration, which Americans expect to deliver justice regarding the case.

Donald Trump also castigated William Barr after the news was revealed, and he is considering firing him for not disclosing the information before the elections.

How will the Biden administration deal with the president’s son? What are the impacts that this investigation has on the political culture of the United States amid Biden’s presidency? Let’s look.

Federal authorities in the United States are collaborating with federal prosecutors in Delaware, the IRS criminal investigation agency, and the FBI to investigate the business dealings of Hunter Biden.

The current investigation looks into any kind of violation of tax and money laundering laws by Hunter or any of his associates during their business dealing with Ukraine and China.

The FBI also believes that these business dealings with China may have sparked counterintelligence concerns.

It is yet not confirmed if the previous investigations are in any way related to the current one. However, it seems that the current probe is a further development in the investigation started in 2018 by US Attorney General William Barr.

The current investigation specifically deals with the potential violation of tax laws, whereas the 2018 investigation focused on Hunter’s business dealings with Ukraine and China. Experts believe that the continuance of the investigation in the business dealings and tax affairs of Hunter Biden will help to determine the independence of the Justice Department under the presidency of Joe Biden.

It is an absolute necessity for a democracy that a robust check and balance mechanism should be enacted that does not spare any potential criminal, despite his deep affiliations within the power corridors.

While commenting on the investigation, President-elect Joe Biden said that he is proud of his son, who has been facing “difficult challenges, including the vicious personal attacks of recent months, only to emerge stronger.”

The investigation will affect Joe Biden as the president in one way or another. However, one thing that has been made clear is that the president-elect has nothing to do with any of these matters.

Trump also capitalized on this opportunity and criticized the Bidens after these latest reveals.

Republicans believe that Donald Trump was right in saying that President-elect Joe Biden is “corruptly involved in Hunter’s dealings.”

The Hunter Biden news also started a new political crisis, as Trump is all set to fire William Barr only one month before ending his presidential term.

However, the Times reported that Joe Biden is not involved in the investigation, which focuses on Hunter Biden and his associates.

The first test of the Biden presidency regarding the investigation will be to ensure the independence of the Department of Justice. It is yet to be seen if President-elect Joe Biden, after getting in the White House, will try to provide relief to his son or not.

Being a father, he will likely choose a person that could help Hunter in dealing with the investigations. However, being a president, he has to choose someone who will pursue the interests of the United States by investigating the president’s son, unbiased.

Biden’s attorney general is also expected to face a tough hearing in the Senate during his approval process due to these investigations. Biden will have to abstain from choosing anyone close to him or his son to show that he is willing to let the investigation continue freely.

Choosing an attorney general who can potentially show bias in the investigation will prove that Hunter Biden has something to hide and is guilty.

During his campaign, President-elect Joe Biden promised to provide autonomy to the law and justice department. Now, when he has won, the Americans want him to stick by his promise.

The President-elect could use this as an opportunity to empower the Department of Justice. Unlike Donald Trump, who has been granting pardons to his family members, Biden has a chance to set a precedent that the children of the incumbent president of the United States can also be tried under the laws.

President Biden will also have to be careful while drafting a foreign policy due to the investigation. Republicans in Congress will be waiting for any loophole to seize the opportunity to further their argument of conflict of interest if Biden trieS to sort things out with China by any means.

Amid the latest reveals about Hunter Biden, the upcoming Biden administration is expected to have a tough time.

Joe Biden must know that the choice of attorney general should be driven by the overall legal challenges of the United States and not due to the one issue.

An inept Attorney General appointed just to save Hunter will have severe consequences in providing justice to the Americans in other matters.

While it seems evident that the Biden presidency will be lenient on Hunter Biden, if he has breached the laws, he must be tried by the Justice Department.

As a father, Biden may want to influence the investigation process, but his duty as the president of the country should stop him from taking any such step.

Therefore, this is an opportunity for President-elect Biden to prove that he is willing to let the American institutions conduct their work freely and honestly.