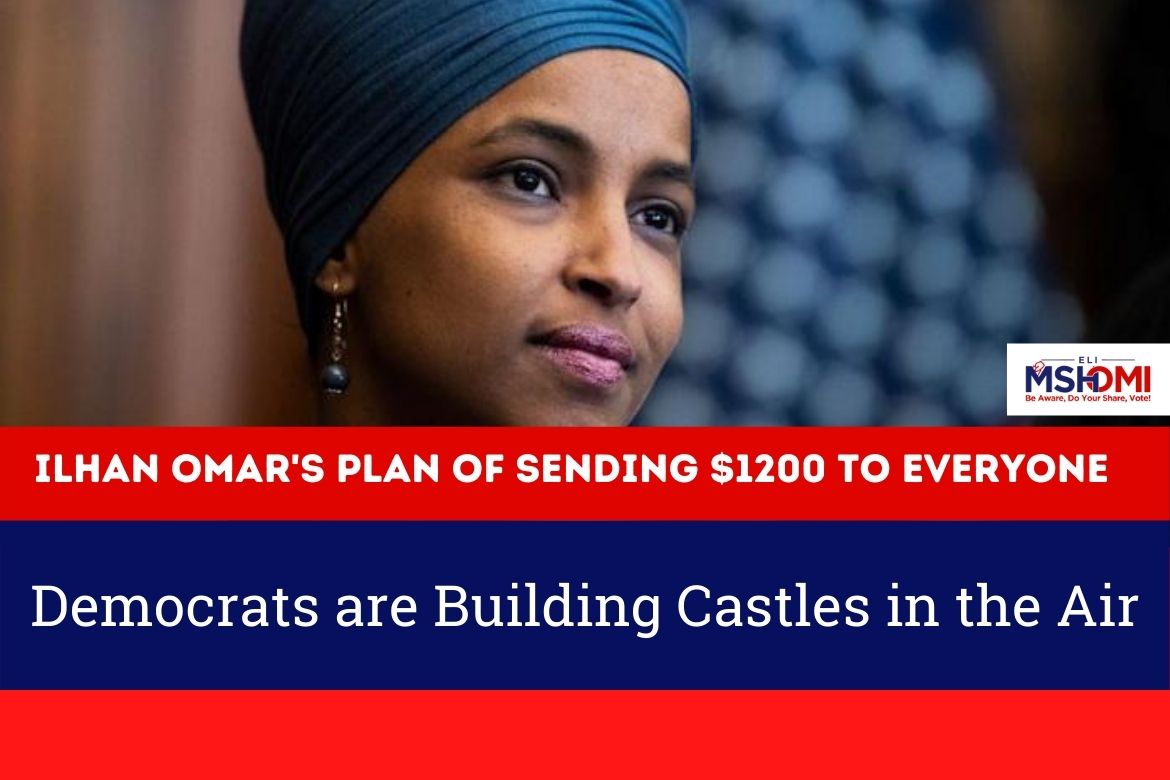 Rep. Ilhan Omar, a progressive Congresswoman from Minnesota, is once again up with her plan to tackle the issue of poverty.

As the Congresswoman came forward with a plan to spend $1200 every month to most Americans, the hopes to make it possible remain bleak.

The plan is one step forward to achieve the landmark haul of Universal Basic Income (UBI), or a national guaranteed income program, as it would fix the basic income standards for years to come.

While in the current political setup, the implementation of any such plan remains a pipe dream; however, these sorts of plans have somehow shown favorable results for the poor across the globe.

These dollars have nothing to do with the ongoing COVID-19 pandemic, unlike the stimulus checks that were being issued in the tumultuous time of the virus. Universal Basic Income: Not a US Phenomenon Only

Just like the United States, many countries reached out to their citizens in times of the pandemic, but as soon as the viral disease finished, those payments were supposed to be halted.

From Spain, which is ready to set up permanent income for the poor families even after the coronavirus crisis, to Germany, which is assisting the freelancers with as much as $5000 per month in these trying times, countries worldwide are paying their citizens.

Countries most often try pilot projects to test the efficacy of the system. India, for example, tried UBI in one of its states, Madya Pardesh, in 2011-2012. Resultantly, the recipients observed better nutrition and sanitary facilities while receiving this income.

Namibia is another example of success in UBI, where a fixed amount of monthly donations to the poor was dispersed in two of the villages of the country. And to no surprise, the school enrollment increased while malnutrition decreased in the territory, as the access to basic needs like food increased.

The same goes for Brazil, Finland, China, and Japan, where UBI may not necessarily be implemented nationwide, but the pilot projects have shown promising results in the food, housing, and healthcare sectors. Democrats are Struggling Beyond the Support Act, but Republicans are Bound to Stop Them

Following the pattern, many Democrats, including Vice President Kamala Harris, are sponsoring a similar act named the Monthly Economic Crisis Support Act, which is supposed to give $2000 to qualified families up until three months after the pandemic ends.

But all of these efforts have a chokepoint that they cannot be passed without Republicans’ assistance at all.

As the Senate is equally divided in both parties right now, Republicans are never going to entertain any program of this sort, and Democrats will be the victim of the filibuster once again.

The Support Act, sponsored by Representatives Cori Bush, Dwight Evans, and Jamaal Bowman and envisioned by Ilhan Omar, is supposed to make a grant fund of $2.5 billion to launch a pilot product from 2023 to 2027.

But that will be a limited scale program to launch a nationwide drive from 2028. The program, if approved, will be a multi-trillion-dollar project and cannot be sustained without implementing new taxes on riches.

These new tax regimes would possibly trigger another political tussle, just like it did in the infrastructure bill, seeing the pattern that Democrats would be in no position to win 60 seats to dodge the filibuster.

Not only this, but measures along these lines will also give Republicans a point to build their campaigns on; that Democrats are the propagator of socialism.

Ilhan Omar’s Support Act will equally incorporate undocumented immigrants and Americans having no bank accounts, as it will incorporate the postal services for the effort.

The federal government, under the Support Act, will supposedly send $1200 to individuals making less than $75,000 and to heads of households making $112,500, not to mention that the amount will increase with the presence of every child in the house by $600.

The plan no doubt is ambitious but holds too much potential to be resisted by the gatekeepers of capitalism.

Many Republican states have already stopped COVID fundings, claiming that it is provoking citizens not to go to work, resulting in massive job openings.

Even if Democrats somehow successfully manage to get a go-ahead for this program, Republicans would halt it once they control the legislature and the executive authority.

But one thing is certain; that it would bring both the big parties at crossroads to compound the already existing fault lines in the US political arena.