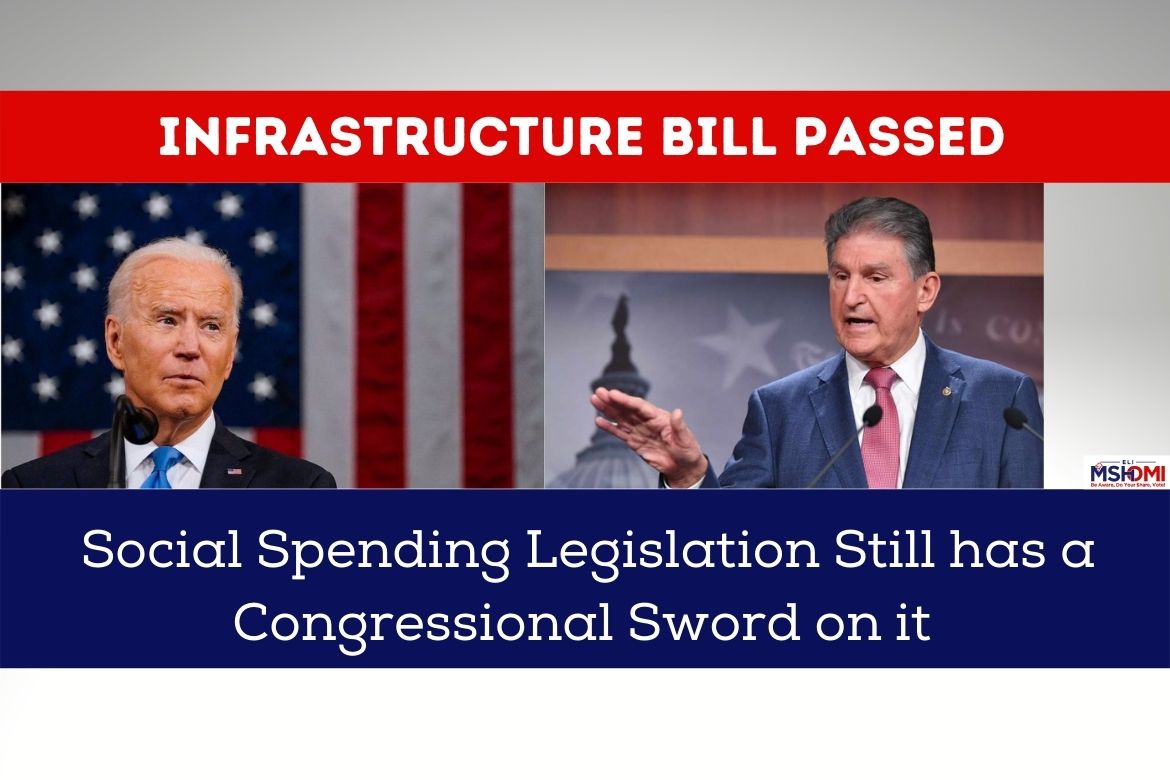 Congress has finally passed the $1.2 trillion bipartisan infrastructure bill that will help to construct crucial infrastructure, including roads, bridges, and energy projects.

After a lot of internal tussling, this breakthrough is a crucial step forward for Biden, whose economic agenda was stalled since the beginning of his presidency.

The moderates who have gained the support of the progressive caucus must honor their promise now, which is to pass the social spending bill by November 15.

The biggest hurdle in the way of the social spending bill is now the “Score” given to it by the nonpartisan Congressional committee that will determine the hidden cost, if any, of the reconciliation package.

CBO Score: Spending Package can get a Crucial Blow Soon

The linkage of the infrastructure bill with the social spending bill halted the progress of both of these legislations, as the hidden costs of the spending spree worried many stakeholders.

Now, the score of the CBO has much importance in deciding the fate of the spending package.

It is pertinent to note that this could have been done earlier, considering that the concerns on the actual cost of the social spending bill were widespread even before today.

However, the last-minute strategy to call for this score can give rise to a lot of conspiracy theories that moderates want to hold the spending package, hence posing hurdles in the way of the reconciliation package.

The CBO is to determine the amount which the bill will add to the national debt. The worst-case scenario for progressives right now is a poor score given to the bill, which will result in moderates not voting for the bill.

This will halt the spending package, ultimately stopping the progressives’ envisioned legislation. While the moderates have vowed to resolve any difference that may arise in the aftermath of the CBO score, the track record suggests that these negotiations will have no incentive left for moderates after the passing of the infrastructure bill. Hidden Costs of the Social Spending Package: A Major Concern for Moderates

One of the primary reasons for the rising concerns against the social spending bill is some provisions that suggest that the investment in some projects will be stopped after a specific period of time, while those projects will continue to deliver results after being kicked off once.

Hence the real trouble will start if CBO decides against this assumption. After further negotiations, the volume of the spending bill can come down further, which will be enough to trigger progressives against Biden’s other legislations.

The debate around the feasibility of the social spending bill will be intensified soon as Congress will again face an issue of the debt limit next month.

With this, the debate of the national debt can be surfaced once again, where moderate Democrats and essentially all Republicans can question the feasibility of the social reconciliation package and its ability to choke the national exchequer.

Moderates now have no choice left with them other than to help progressives win the spending package. Should they fail in doing this, the burden of the potential 2022 loss will lie on their shoulders. Progressives can Think Beyond Party lines for the Social Reconciliation Bill

The passing of the infrastructure legislation should also serve as an eye-opener for Biden in a way that he completely ruled out the possibility of winning votes of Republican lawmakers in the House, but the final vote became possible only with the support of the thirteen Republican lawmakers.

Had it not been for the Republican votes, the Democrats’ path was blocked, as six progressives still denied voting for it without the social spending legislation.

At a time when Democrats were only allowed to lose three votes, no Republican support would have pushed the infrastructure bill into chaos.

Now Democrats can learn this lesson in passing the social spending bill as well.

While Joe Manchin may try to stop the bill now after seeing the score of the CBO, Biden and Senate Democrats can work with pro-spending Republican lawmakers, who can help them pass the social spending legislations without moderate’s support.