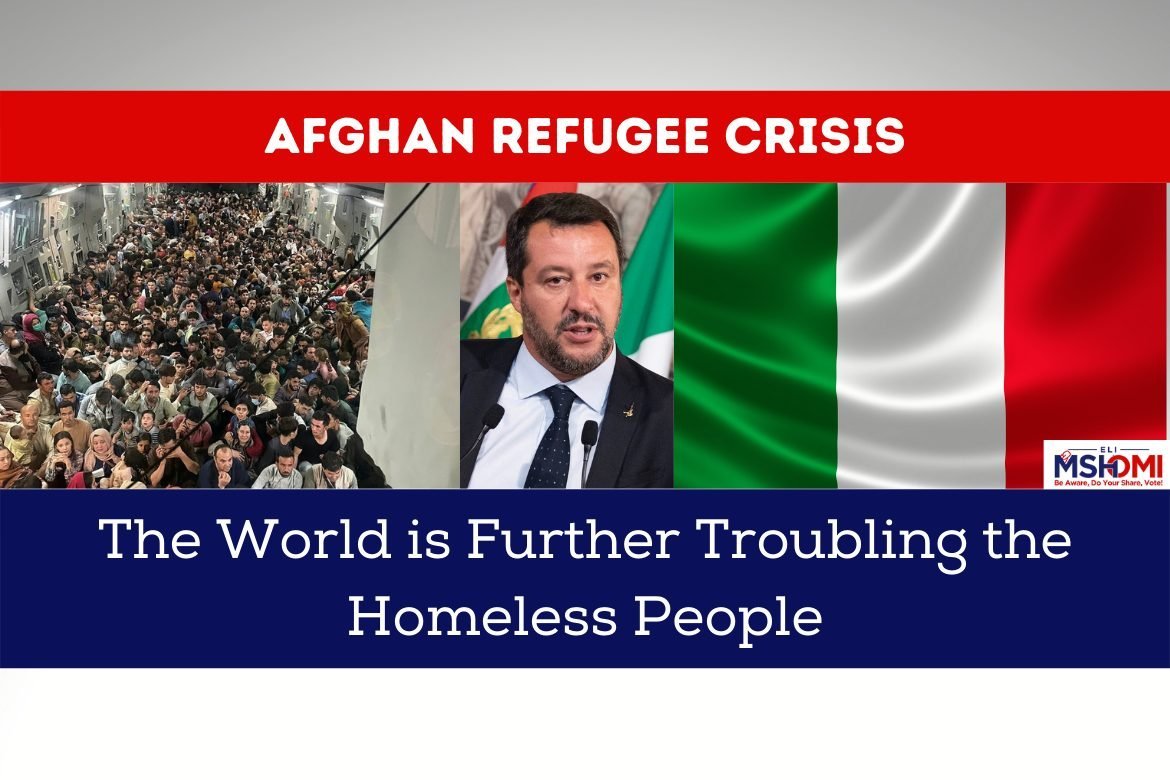 Afghan refugees are the new victim of global threats these days since the emergence of the Afghan Taliban in the country’s politics.

Based on the latest report of the UN High Commissioner on Refugees, almost 35,400 people migrated to the neighboring country by September 22, and the number increased exponentially after the Taliban takeover.

The refugee crisis is driving severe reactions from some countries compared to others.

As the US agrees to provide humanitarian aid to the troubled citizens, how are the refugees suffering globally? Let’s see.

Italy is at the forefront of expelling the Afghan refugees from the country after anticipating earlier that the Taliban takeover could bring many refugees to the European nation.

Italian newspapers labeled it as a “migratory tsunami” that could increase the suffering of the country.

This is certainly a complex sociological phenomenon, a mixture of xenophobia and cultural nationalism. Francis Fukuyama’s thesis of the clash of civilization can become an absolute reality if Italy allows Afghan migrants to come and roam free in its country.

Many Afghan values contradict the core ideology of the European nations, and this clash could be turned into a deadly encounter between two competing cultural ideologies.

And the resistance from civil society does not seem odd at all, considering that some time ago, Italy’s four-time Prime Minister drew an analogy that Milan looks like Africa because of too much immigration of Africans.

He even denied the opinion of integration publically, saying that he does not buy the narrative of a multiethnic and multicolored society.

In a country where even the former Prime Minister is promoting an anti-immigration agenda publically, the mistreatment of refugees is not a big deal.

Now, when Italy has to deal with the huge influx of immigrants from Afghanistan, the country is hesitating to open its arms for the sufferers of the war.

Due to this war, the then Deputy Prime Minister of Italy, Matteo Salvini, has even said that Italy’s traditions and culture are in danger.

Italy becomes the easiest country for the arrival of Afghan refugees due to its geography via the Mediterranean Sea. Only in recent weeks, the European nation has expelled more than 5,000 Afghan refugees, the whereabouts of whom are not known now.

India: Afghan Refugee Crisis in the South Asian Nation is Building Up

India is yet another country that has become an epicenter of the Afghan immigration crisis since Pakistan is now almost saturated with its ability to inculcate these refugees within its borders. Many of them are now seeing India as a potential country to get into.

However, India’s controversial Citizenship Amendment Act discriminates against Muslims, which is a major roadblock for them.

Even those refugees who settled in India in the previous years are staging a protest these days due to the lack of economic opportunity for them.

Backing the US efforts, India helped to stabilize Ashraf Ghani’s government against the Taliban during the war on terror.

It even flooded big money to erect infrastructure in Afghanistan, which is one of the reasons for pro-India sentiments in the Afghani people.

However, India just saw its investment doomed with the arrival of the Taliban and is being considered as one of the losers of the Afghan war. So, for them, incorporating more Afghan refugees has no incentive.

The US has agreed to provide humanitarian aid to Afghanistan, which is a welcoming sign. As the US-Taliban talks initiated again after the fall of Kabul, the US has categorically denied accepting the Taliban government, so they will have to give aid directly to the people.

This initiative could curb the refugee crisis, as people will at least be able to survive on a day-to-day basis. The need for this sort of aid is greater than ever, as many businesses were destroyed after the US withdrawal, and the economic activity was halted in Afghanistan.