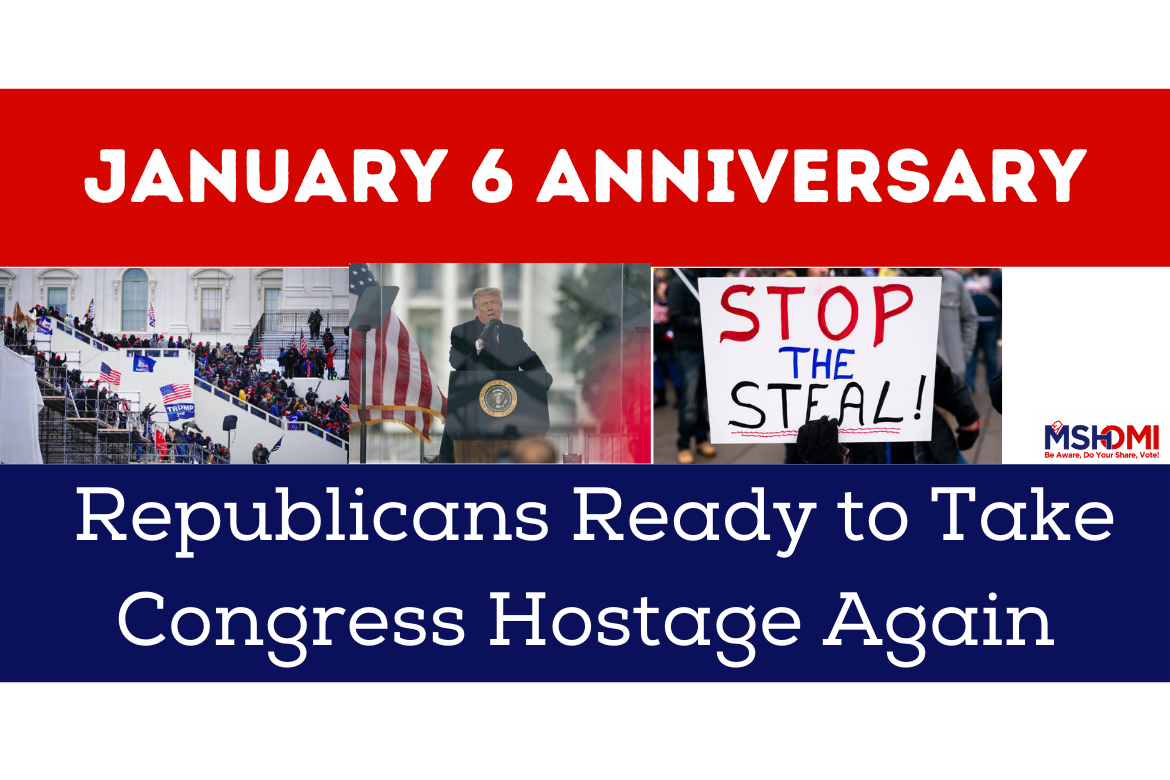 One year down the line of deadly insurrection at Capitol Hill, with the real culprits still hanging around America, the country is mourning the first anniversary of the January 6 attacks.

With several different events happening last year and many Republicans siding with Trump to defend his bid to overturn the results of democratic elections, this time, the Republicans revolt has led Trump to call off the much-awaited press briefing on January 6.

Reportedly, Trump advisers warned him that having a news conference on January 6 could result in the type of coverage that Trump would never wish for.

Media outlets could have destroyed the former president’s narrative, with this becoming the talk of the town for the upcoming days.

However, Republicans who failed to seize Capitol Hill last year have found alternate ways to do it this time by seizing the election machinery and gaining seats in Congress using ways that were never practiced in America. Donald Trump tried to pump the mob to attack Congress, and on the first anniversary of the January 6 attack, he is still try to defend his actions.

Whether it is about gerrymandering or spinning election laws, Republicans are playing foul to stage a “slow-motion insurrection” of Capitol Hill, which they failed to do last year.

Experts believe that these efforts of Trump provide better chances for Republicans to enter Congress than last year’s insurrection, which is a worrying factor for the watchdogs of democracy.

First, a big chunk of candidates who backed Trump’s efforts to overturn election results is running for key posts that could have a significant role in regulating the presidential elections of 2024.

For instance, the GOP is packing local boards with Trumpist members, who can easily block the approval of elections.

The same goes true for Pennsylvania and Wisconsin, where Republican-led legislatures are still supporting the “open-ended” reviews of the 2020 elections, paving the way for conspiracy theorists who will use the ground to perpetuate anti-2020 election theories in years to come.

While the newly elected governor of Virginia might have won the off-year gubernatorial elections by opposing Trump, however, over the course of last year, many Republicans have bandwagon Trump and are seeking his support in the upcoming elections. Republicans used Stop the Steal narrative to extend their voter suppression ideology, which indicates that they can go to any lengths to manipulate election laws.

Litmus Test for Republicans: Support Trump or be Ready to Face Consequences

This has encouraged the former president to introduce a litmus test in the Republican party, according to which anyone who defies Trump’s ideology of “Stop the Steal” is not counted as a Republican.

This has even urged him to support the pro-Qanon Congresswoman Marjorie Taylor Greene, who herself has perpetuated a lot of conspiracy theories in the country after Twitter banned her account permanently.

It is pertinent to mention that Trump praised the January 6 rioters, but this may not be a shocking thing for many, considering that he has a history of supporting white supremacist groups.

However, the history of crafting voting laws along partisan lines depicts that both parties have tried these things when in power.

Political parties always try to give the right to vote to those groups who are likely to vote in their favor.

So, while this remains a two-tiered problem, turning the election results once they are conducted was an unprecedented move. For the first time in recent memory, any political party is trying to pack administration boards that can block the certification of election results.

Republicans who oppose these acts are allegedly perpetrating a rebellion in the eyes of Trump.

The former president criticized the January 6 committee investigating his wrongdoings while specifically mentioning the role of two Republicans in the committee.

For instance, Liz Cheney and Adam Kinzinger are being considered as the party’s apostate just for standing against Trump and being a part of an investigation team that is trying to make sense of the January 6 events.

Even some local GOP officials are trying to resist Trump’s wave that is sponsoring the slow insurrection of Capitol Hill, of which Wisconsin State Senator Kathleen Bernier is playing a significant role. While Republicans failed to siege Capitol Hill on Jan. 6 2021, they are trying to do it systematically this time using gerrymandering and playing with election laws.

Republicans Revolt Against Trump: Silver Lining in the Clouds

However, amid all of these things, there is a silver lining in the clouds. Donald Trump planned a news conference on January 6 and announced it two weeks before the event to get the limelight and media time.

But he canceled it at the eleventh hour, citing the reasons that the investigation committee of Congress is biased while at the same time lambasting two Republicans who are part of the committee. Similarly, he also cited the reason for the “fake media” while canceling his news conference, but this is not the first time he scolded media along the same lines.

But the actual reason is far away from this theory. Reportedly, many Republicans were warning Trump that his rally could turn into a sort of event which he would never want to have in his dreams.

“It was going to be awful, awful press.”

Similarly, he could have blamed Democrats for sponsoring election fraud, once again furthering the unsubstantiated allegations of voter fraud.

His appearance on media on the anniversary of the riots would have triggered new debates of international media about the origins of the event.

He would have brainwashed his supporters once again that the elections were stolen from him, thus further blackmailing them into donating to his cause which he is already doing to bag big money.

While he has delayed his news conference, he will now do the same later in the month while perpetuating the same narrative again.

So, Democrats should prepare the counter-narrative in the time window that they have in order to make sure that the general public is not being manipulated by Trump’s message.

Trump, who led the attacks from the White House, should be scrutinized to the maximum possible extent.

Democrats should try to investigate the crisis quickly while trying to obtain testimony from relevant people as soon as possible.

If they can bring the real culprits to justice before the midterm elections, they can gain a significant advantage, especially at a time when they are facing mammoth challenges to their policy measures when their own senators are blocking their agenda.

Russia and Republicans: Sailing 2022 with a Common Agenda

US Constitution Passing Expiry Date: Time to Amend it for Good