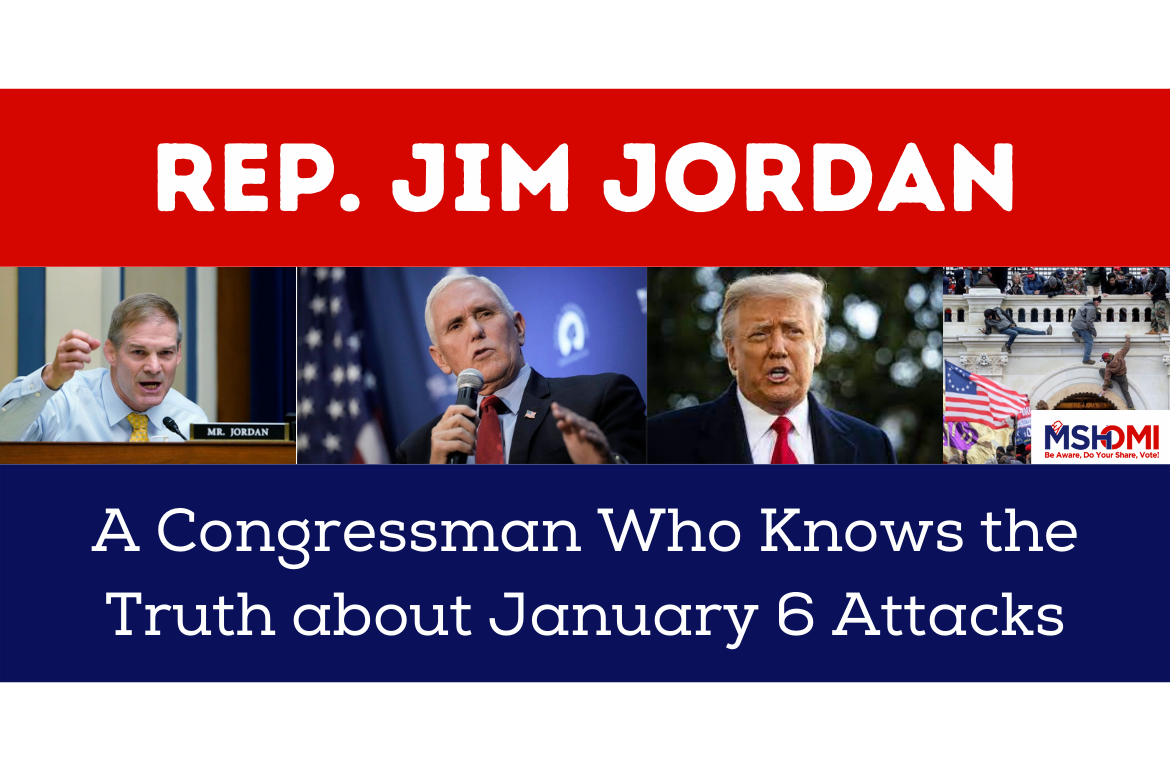 During the January 6 investigation, the House select committee is focusing on finding how Trump reacted when he was watching rioters advancing toward Capitol Hill and invading it.

Even the words he used over almost two hours of violence can change the direction of the investigations.

To know all of this, the relevance of Ohio’s Congressman Jim Jordan has been increased, as he is supposed to know exactly what the comments and behavior of Trump were back then.

Jim Jordan’s Relevance has been Increased in January 6 Investigations

Given the fact that Jim Jordan knows the internal dynamics of the January 6 siege, the House committee has summoned him to testify in front of Congress.

His appearance will provide a pathway to Congress to make better sense of Trump’s coup. However, the problem that Congress would face is that Jordan is the right-hand man of Trump and is highly unlikely to testify against Trump.

Jim Jordan was involved neck-deep with Trump to overthrow election results as he chanted pro-Trump slogans in the aftermath of the 2020 elections.

This Trumpiest of Republicans reportedly tried to guide Trump about how to overturn electoral votes on January 6. He was partially responsible for tempting Trump into violent practices.

Jordan has already admitted that he spoke at least once with Trump, which prompted the committee to write a letter to him and order him to testify in front of the legislature.

Jordan is a Man Behind the Riots

Jim Jordan has a history of supporting Trump. On January 5, 2021, Jordan gave a presentation claiming Mike Pence could easily invalidate Joe Biden’s electoral votes, and thus Trump built his Capitol Hill riot campaign based on the same narrative, even cursing his own vice president and refusing to say anything against “Hang Mike Pence” statements.

Even before then, on December 21, 2020, Jim Jordan met with Trump loyalists and planned an approach to overturn electoral college votes.

Apart from these inquiries, the January 6 committee wants to ask Jordan if he communicated with Trump loyalists in the “Willard War Room.”

The Williard is a landmark building in D.C that hosts almost every president, and in the case of Trump, his legal team was staying there. That hotel is supposedly where the attack on Congress was planned, so the committee is trying to figure out how events unfolded in that building, leading to the insurrection.

Reportedly, Rudolph W. Giuliani and Stephen K. Bannon were the masterminds of these sorts of discussions from the Willard hotel.

Jim Jordan’s testimony can help Congress see things directly from the perspective of the person who is supposed to be behind the ideological leader of the attack. However, for the Congressional lawmakers, believing in what Jordan is saying could yet be another challenge, and they will surely question everything coming out of Jordan’s mouth.

Another key question on which the committee will inquire Jim Jordan is how far did the audience of his meeting with Trump’s loyalists believed the voter fraud claims, which pro-Trump elements even asked the Justice department to validate.

Jim Jordan’s words can also be used to measure Trump’s behavior during the attack. According to the texts of the former White House Chief of Staff Mark Meadows, many Republicans appealed to Trump to call off the riots once things started getting out of control.

However, Trump resisted these calls continuously and watched everything happening before ultimately calling off the attack.

Trump and Guillinai both called Republican senators as well, asking them to at least delay the votes for electoral college verification. This ultimately happened as rioters made their way into the Congress building.

Jim Jordan’s testimony can be the final nail in Trump’s coffin; however, his statements can also lead to roadblocks as they can not be trustworthy because he is one of the perpetrators of violence.

However, the committee would need to look into the facts alternatively as well if they want to verify what Jordan is speaking.