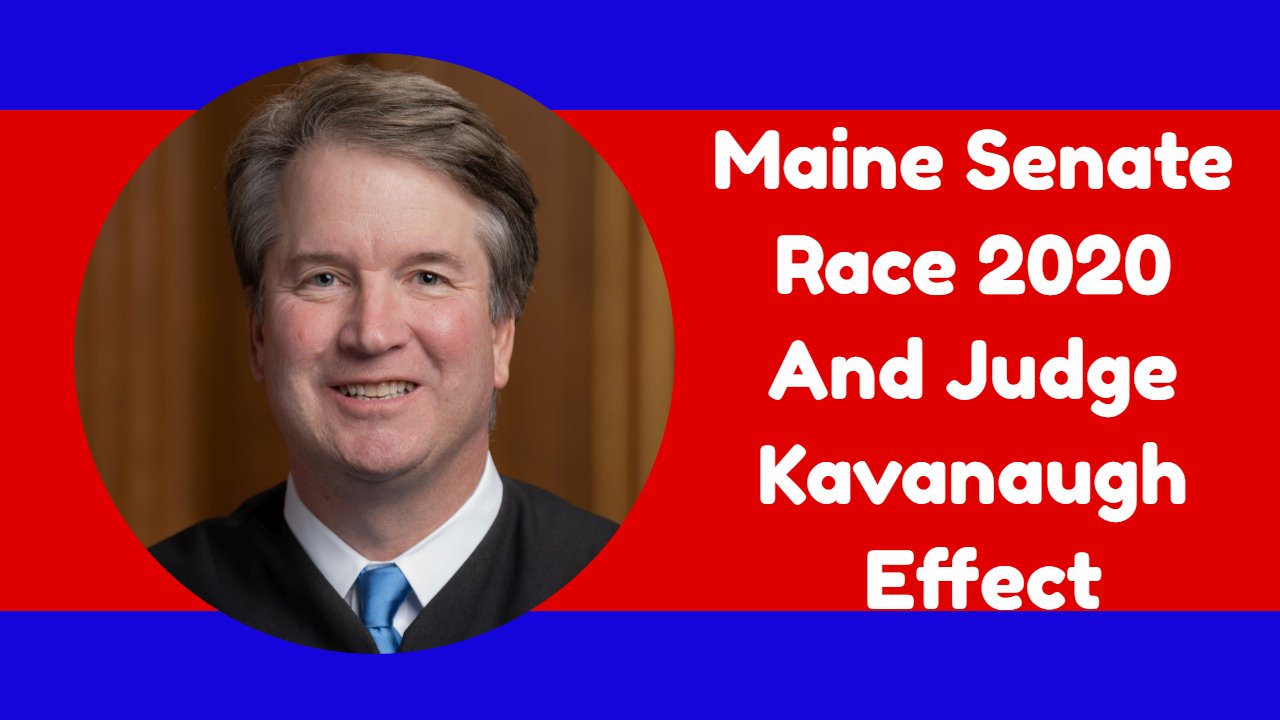 The Maine Senate race 2020 will be held on November 3 in the US. This Senate race is among the most closely watched in the nation.

Voters in Maine will elect one member to the US Senate in the general election. Maine’s Senate race is heating up, with the primary now in the rear-view mirror. Susan Collins (R) and Sara Gideon (D) will be on the ballot on the coming November election, along with two independent candidates, pro-Trump conservative Max Linn and former Green Party candidate Lisa Savage. So, these four candidates will be on the ballot in November.  The elected candidate for the US. Senate will begin their six-year term on January 3, 2021.

Maine State House Speaker Sara Gideon decisively won by defeating two opponents Betsy Sweet and Bre Kidman in the Democratic primary She received more than 70% of the total vote in the state Senate primary and became the Democratic nominee for US senate.

Gideon will now officially take on toughest general election Republican opponent, Sen. Susan Collins, in a tossup race. This is going to be one of the most anticipated races in the state history and could determine whether Republicans or Democrats control of the Senate in November.

In a streamed speech on Facebook, Gideon thanked Kidman and Sweet for their campaigns, but she quickly went after her opponent Collins, calling her a part of a broken system. Gideon claimed Maine deserves a champion in the US senate who will bring people together to overcome the challenges and make real progress to improve the lives of people across the country.

Gideon said we need new leadership because, after 24 years in Washington, Senator Collins has become a part of that broken system, putting special interests and her political party first, and Mainers know it and feel it.

Senator Susan Collins has had an extensive carrier of public service, and in 2015 she was considered one of America’s most beloved senators after winning reelection with about 70 percent of the vote. But in politics, “past performance is no guarantee of future results,” and this is particularly true in the case of Collins in 2020.

Collins undermined a political brand that she has built over the years with her decision to support alleged accused attempted rapist Brett Kavanaugh, who ruled to create a rigged system and the Super PACs that can spend unlimited money in elections.

She walked away from the commitment she made to the Mainers. She was also criticized for her stance on the impeachment of President Donald Trump. She voted to exculpate Trump on both charges of abuse of power as well as obstruction of Congress in its inquiry of his dealings with Ukraine.

In an interview with CBS, Ms. Collins said, “she believed that Mr. Trump had “learned from this case” and that he will be “much more cautious in the future.”

According to the latest poll, released by Colby College, Collins is trailing Democrat Sara Gideon by five points. Kristen Dalton of South Berwick said about the political reputation of Collins that, “I was a huge Susan Collins fan, but I’m incredibly disappointed with her Brett Kavanaugh decision.”

Independent US Senate candidate Max Linn, a retired financial planner from Bar Harbor, will also be on the ballot in the general election on November 3, 2020. Linn had a colorful and controversial political history in Florida before emerging in Maine politics in 2018. He was a firm supporter of President Donald Trump, and previously in 2018, he was disqualified following accusations of fraudulent signatures on his ballot access petitions.

Max Linn’s Conditional Endorsement of  Susan Collins for US Senate

Earlier, Max Linn spokesperson Matthew McDonald said Linn will no longer be on the November ballot and will drop out of Senate race in Maine.

He will endorse incumbent Susan Collins officially and announced his withdrawal via Zoom on Tuesday, July 28. Later on, he decided to quit only if US Sen. Susan Collins agrees to a series of demands which she is virtually certain to reject.

He told reporters on a Zoom call that he intends to stay in the race unless Collins accepts each of his demands. He said a five years moratorium on all immigration is needed because it doesn’t make sense to bring in cheap labor until our communities and families are financially stable.

He is also opposing the Central Maine Power hydropower corridor, feels forgiveness of all student loan debt is needed to “release millions of Americans from the crippling debt of overpriced education” so they can use their earnings to buy homes, raise families, and start businesses.

He also demanded a $5,000 cash payment to all Maine families by next June, which would help people save their homes and future, as well as provide additional relief for small businesses in the state.

He also is endorsing term limits, since Collins originally campaigned for the Senate race in 1996. He set a deadline for Collins of Monday, August 3, by 10 am to respond to his demands.

Lisa Savage is also an independent candidate running for election to the US Senate to represent Maine. She is on the ballot, along with the other three candidates in the general election in November. In response to Max Linn’s demands, Lisa Savage said, “Linn’s declaration seems a bit silly.” She also said that she would welcome any candidate in the race that did the necessary work to get on the ballot. Bre Kidman, one of three candidates in Maine’s recent Democratic primary for US Senate, has announced that she is endorsing Lisa Savage.

She also said that we must think critically about which candidates are willing to truly stand with the people against the unchecked influence of corporate power in this country.

With millions of dollars going into attack ads meant to obscure the fact that neither major party candidate supports policies that Maine’s populace favor by overwhelming margins, Lisa Savage stands out as the clear choice in this race. Savage admired Kidman’s “vibrancy and compassion” on the campaign. She said that Lisa’s focus on those who are struggling to pay their rent and feed their children is my focus, too.

In Conclusion, listen to the Video to realize the impact of Judge Kavanaugh on Maine Senate Race 2020