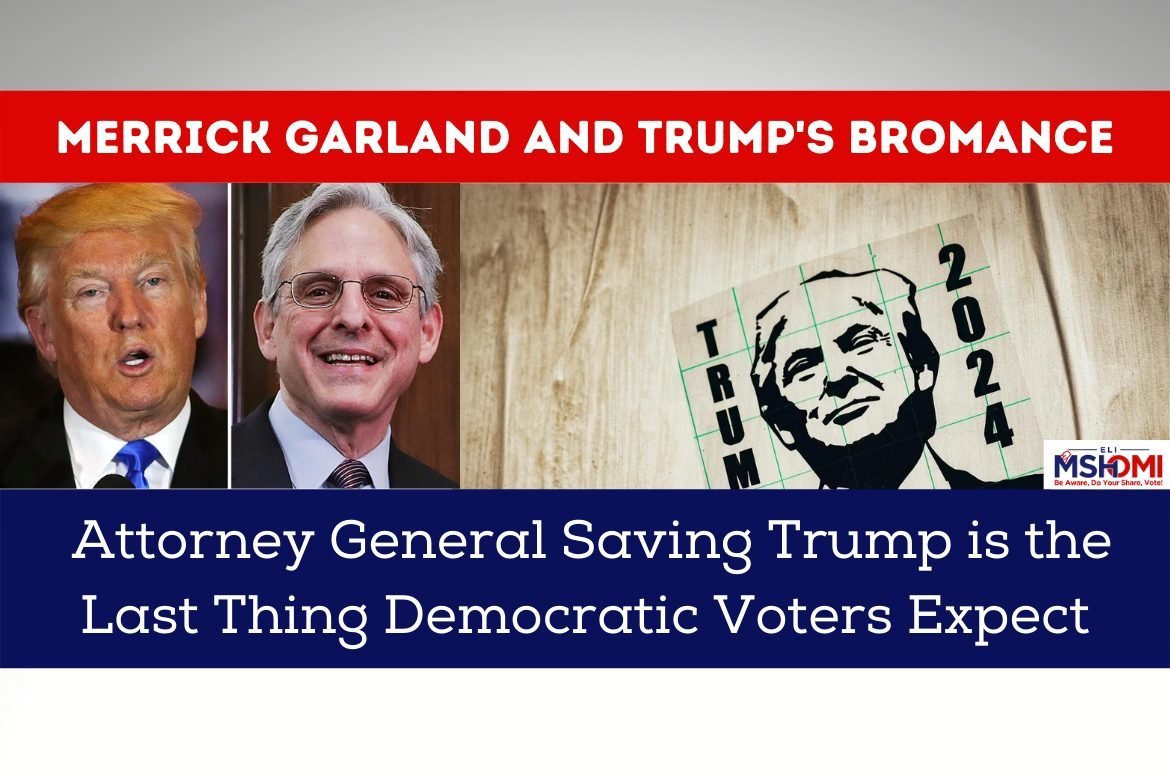 Raising election conspiracy theories coupled with insurrection on the US Capitol made Donald Trump highly controversial in his last days at the office.

But despite all the mess that he created, he faces little opposition from the Republican ranks.

As many voters remain attached to the name “Trump” instead of the ideology of the Republican party, Trump’s hopes are high for the 2024 elections where he can meet with the likes of Kamala Harris from the Democratic ranks. These hopes can become a reality if Attorney General Merrick Garland fails to bring him to justice.

While Republicans become unassertive to bring him to justice, US Attorney General Merrick Garland can do so, only if he wants to, if he acts in all his sanity.

Seeing the mighty sum of more than $100 million in his political war chest for the upcoming general elections, it is widely believed that Trump is preparing his bid.

Moreover, different surveys and reports also indicate that most of the GOP voters are also in favor of Donald Trump.

Attorney General Merrick Garland: The Man Who Can Stop Trump Only if He Wants to Do So

Currently, there aren’t many critical legal loopholes that can stop Trump from running in 2024. However, there seems only one possibility for Democrats to stop Captain Chaos from running for the highest office.

Garland has the authority to prevent Trump from the 2024 presidential run by relying on Section 3 of the 14th amendment, which bars individuals from the presidential run who” engaged in an insurrection” against the United States.

As per the amendment, no one can become a representative in Congress, Senator, hold any office in civil and military ranks or be a president and vice-President of the United States, who engaged in insurrection after taking an oath as a member of United States political environment.

The Jan. 6 Capitol attack is an undeniable fact which occurred after Donald Trump provoked his supporters and claimed the elections were corrupted.

Moreover, after losing the 2020 elections, Donald Trump directed his attorney, William Barr, to find proof of voter fraud which he could use to stop the election certification process.

He also pressured Jeffrey Rosen, the acting Attorney General, to say that “the election was corrupt.”

He was supposedly involved in conspiring for martial law in the United States after failing to overturn the elections.

These are some of the pieces of evidence that prove that Merrick Garland can try his luck to stop Donald Trump.

Under the presidential oath, Donald Trump vowed to safeguard the US interests and the sanctity of the Constitution but failed to do so in the aftermath of an election loss.

Despite having the upper hand in his battle against Donald Trump, Merrick Garland is alleged to have a swift corner for Republicans.

He is dismissing lawsuits against Donald Trump in large numbers, driving questions about his inclinations on the political spectrum.

For example, recently, Garland’s Department of Justice urged the court to dismiss charges against the former president over his decision to use tear gas on peaceful Black Lives Matters protesters.

Moreover, Garland has also been defending Donald Trump over alleged corruption in oil projects in Alaska approved in his tenure.

As Merrick Garland continues acting in Trump’s favor, it would be a surprise if his Department of Justice does anything substantial to stop Donald Trump from the 2024 run.

But as Democrats pursue Capitol Hill’s insurrection committee, making sense out of those results should also be their top priority if they want to mend their reputation in the eyes of their ideological voters.

According to the survey by the University of Hampshire, about 47% of Republican voters want to see Donald Trump as president in the 2024 elections, leaving behind Ron DeSantis with just 19% support and Nikki Haley 6%.

Therefore, it’s most probable that Trump will again be the GOP nominee for the presidential chair.

This time, he is so eager that he has already started preparations for the next run.

He has announced he will stage a rally in the caucus state of Iowa in upcoming weeks, and Trump’s PAC has also appointed two political operatives, giving signs of standing for a White House run in 2024.

The current happenings are in the Democrats’ favor to a great extent, only if they want to proceed with suing Donald Trump to the fullest extent.

Currently, it doesn’t seem that the attorney general is going to take any strict actions against the former president. During his tenure, Trump made many decisions against the interests and policies of the United States.

Nonetheless, if Democrats decide to give him a walkaway, it can prove fatal for them, as Democratic popularity continues to decline amid Joe Biden’s badly handled August.