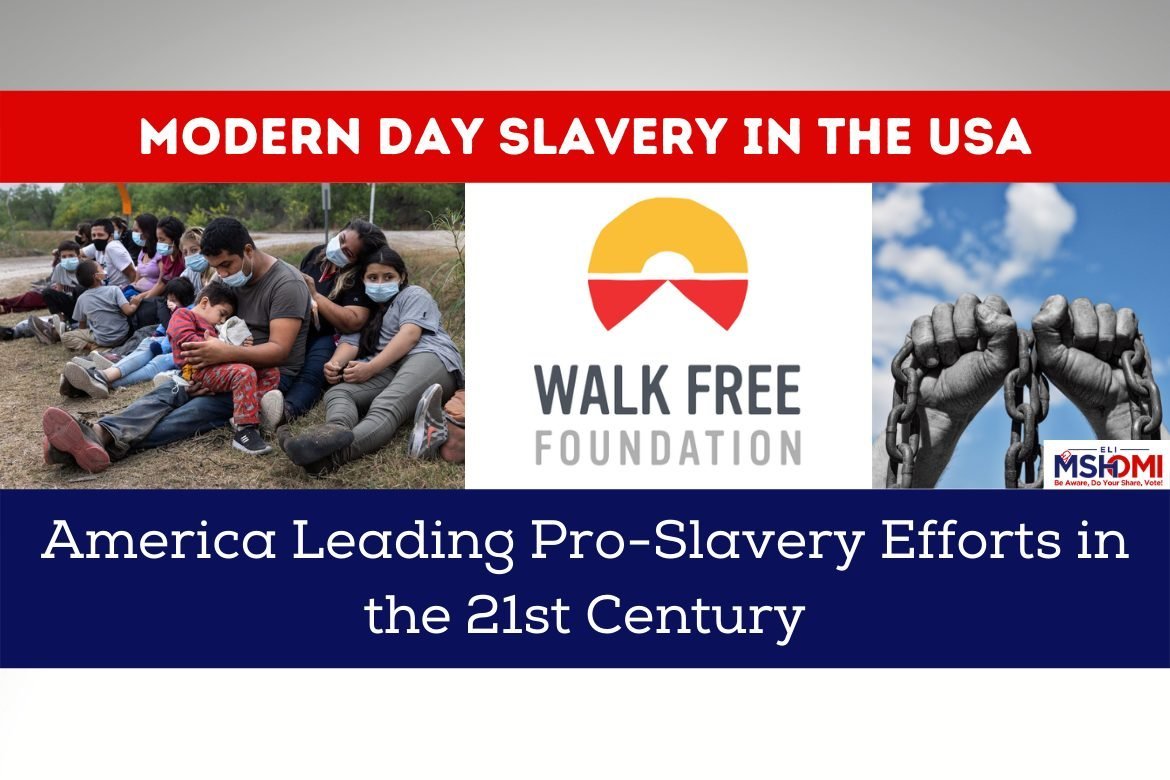 The practice of slavery may be considered abolished in modern-day democracies. Even so, slavery in the contemporary era is an act of taking advantage of people’s vulnerability, discrimination, and legal illiteracy.

As a matter of fact, only seven of the G20 economies regulate the importation and manufacturing of goods sourced from forced labor.

Especially at lower tiers, organizations lack visibility into the supply chain. When we consider the products that are linked to forced labor, it is hard to guarantee that our entire supply chain is free of forced labor.

This introduces the school of thought that the consumption of products made from forced labor is also a form of supporting slavery.

Modern-day slavery manifests itself in a variety of ways, some of which are too common while others are not omnipresent.

Like many other countries, the United States is affected by modern slavery. Ranging from child’s school to the nursing homes to restaurants, to the most famous malls, America is a country where slavery exists, and it is often hidden in plain sight. When we think about slavery in the United States, we may recall the Atlantic Slave Trade, a horrible period for our country and most of the rest of the world.

Between 1526 and 1867, more than twelve million slaves were forced onto ships in Africa and transported to the United States.

Slavery began in America when Blacks arrived on its shores, and their liberation became a struggle. They fought for the unseen freedom, but they fought anyway because they knew someone would one day see it.

Economy and slavery went hand in hand. During the 1860s, more than four million Black people were enslaved.

However, even today, when the constitution defies all these things, slavery persists in the US in various forms.

Officials in the American government are aware that workers are subject to modern-day slavery. Yet, the country doesn’t protect these workers from threats by its own economic or military interests.

There is a lack of adequate oversight mechanisms and accountable systems, resulting in a large number of foreign nationals working on US military bases and diplomatic missions around the world due to labor trafficking schemes.

People are often trafficked into jobs that pay much less than they expected and are not in the countries they were supposed to be in. In these occupations, the conditions are often hazardous and unsanitary.

America still has human and sex trafficking and forced labor, as the State Department acknowledged. In addition, there is bonded labor, such as the abuse of visitors and temporary workers, as well as domestic workers working under horrific conditions for diplomats.

Some groups are more vulnerable to being targeted than others, even though anyone can be enslaved. People who lack experience, are young and naive, or who are in need of food, shelter, or work are easier to manipulate and control.

Often, these people have also experienced discrimination and abuse. In the US, people of color, LGBTQ+ members, and migrants are particularly vulnerable to modern-day slavery.

In America, over four hundred thousand people are living in conditions of modern slavery as per the Global Slavery Index report.

Groups Most Vulnerable to Slavery in the USA An immigrant’s insecure immigration status or unfamiliarity with the environment can make him or her a target of modern-day slavery.

Many of these individuals work in secret, out of sight of the public, without the government monitoring them. Some of the immigrants are illiterate, do not speak English fluently, and do not have educational credentials.

All of these factors make immigrants vulnerable to various threats. Many children and adults in this community have been rejected by their families, and are subjected to emotional or physical abuse, have been homeless, or abandoned. LGBTQ+ people face discrimination in the legal, healthcare, and education sectors. As a result of their social isolation, LGBT+ people are often targeted by human traffickers.

Modern-day slavery targets children and teenagers who are living in abusive environments. A youth who has fled their homes, experienced homelessness, or has been involved in child welfare is the most at risk. According to research from the Walk Free Foundation, the US imports the highest percentage of goods produced through bonded labor. According to the group, one out of every 800 Americans may be a victim of modern slavery.

The Global Slavery Index 2017, an Australian organization aiming to end slavery, contains these and other findings.

Based on surveys conducted in 48 countries with over 71,000 respondents, the study includes cases occurring from 2012 to 2016.

Over four hundred thousand Americans live under slavery that includes coerced labor, forced labor, and forced marriage, according to the organization.

Globally, around 25 million people are forced into labor, for a total of 40.3 million.

According to the group, the US imports $144 billion worth of products made by forced labor in 2016. Clothing, fish, cocoa, lumber, and laptops, computers, and mobile phones are among the commodities available.

Modern-day slavery can be exercised in various forms, on top of which are human trafficking, forced labor, child slavery, debt bondage, and descent-based slavery.

Many times, poor and excluded people are exploited and tricked into becoming modern slaves even in the most advanced countries.

Normally, external circumstances force people into taking risks to provide for their families or into jobs with exploitative working conditions.

How could modern-day slavery be prevented? First, workers need to be able to move out of abusive employers in the United States to pursue employment elsewhere.

It is also necessary to establish a mechanism for overseeing labor conditions and allowing workers to report violations.

American companies could combat slavery more effectively if they kept track of the conditions of workers producing the products they import.

The provision of increased victim support, the increase of data coordination, and the strengthening of legislation can all help facilitate this.

People cannot be bound to their abusers under any circumstances.  To protect workers’ basic rights, the government must now take measures against modern-day slavery.