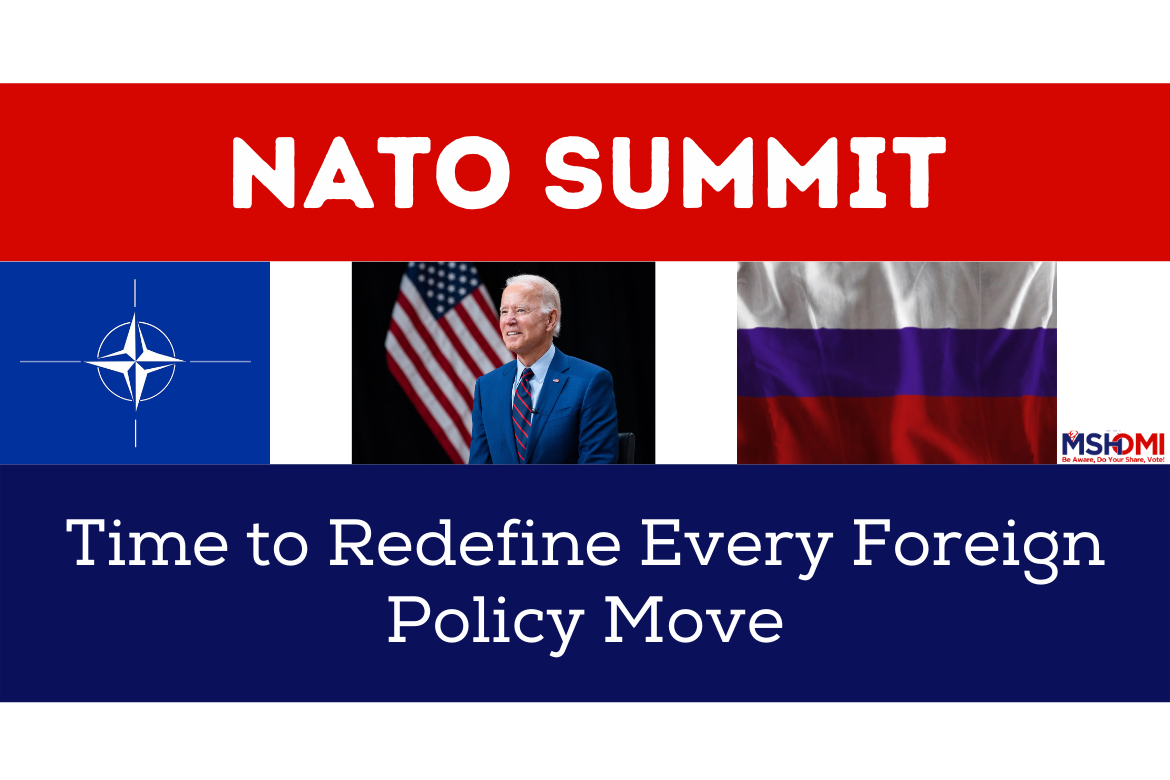 Today, the need for NATO is more than anything to curtail the prevailing tensions in the world. Biden is in Europe for a NATO summit as the Russian war enters a stalemate. This is surely the moment that will redefine NATO’s role in the contemporary world.

Russia Ukraine war is in stalemate, with no country getting a decisive edge. The threats for using a nuclear weapon were always high. However, this time, Biden is more worried about a chemical or biological weapon.

Chemical, biological, or nuclear weapons are all considered Weapons of Mass Destruction (WMDs) and can be equally fatal any day.

Unlike nuclear weapons, chemical weapons were used after World War II by the Russian-backed Syrian government in the Syrian conflict.

This has drastically increased the likelihood of having a chemical war instead of a nuclear one. The threats are even higher considering that Russia has also used a hypersonic missile in Ukraine that is capable of carrying nuclear, chemical, and biological weapons. As Russia has been involved in this mess even in the past, this is worrying NATO and Biden.

Finland: A New Contender for NATO

More countries are having an inclination toward the military alliance of the west, as they see Russian aggression in Ukraine. One of the primary reasons for Belarus to take sides with Russia in all this conflict was due to the fact that Belarus was going to be the next country of Russian assault otherwise.

Finland, which has not sided with Russia as of now, is also not a member of NATO and sits right after Russia.

This is an alarming fact for the Finland government, as they can be the victim of Russian aggression as well. This is the reason why pro-NATO sentiments in Finland are rising. Compared to the last survey when only 26 percent of Finland people wanted to join the alliance, now this support has been increased to 60 percent.

It means that more Finland than not is willing to join the military alliance.

Even the Debate of Finland in NATO is Dangerous Now

But if the United States gives NATO membership to Finland, it will yet again be perceived as an act of aggression by Russia, which proves that America must not expand the military alliance anymore to the Russian border.

Even the debate of having Finland in NATO is dangerous. Currently, Putin wants Ukraine to change its constitution to ensure that the country would never join NATO or the European Union.

Russia can play the same tactic in Finland as well. Despite knowing that the United States is not planning to give NATO membership to Finland, Russia can cook up a new invasion, opining that Finland should change its constitution as well.

Both blocks in this political conflict need to revisit their foreign policy approaches. For the western part, the United States must ensure the eastern bloc that it does not expand NATO to Russian borders.

Russia has a habit of creating a buffer zone between itself and the west. This they had tried to achieve in the cold war era as well.

Now they are eyeing to do the same. Secondly, Russia needs to guarantee that if the United States ensures the no-NATO expansion, it should also curb its urges to invade countries for the sake of it.

Right at this very moment, the focus should be to kill any ambitions that are aiming to kill civilians using WMDs.

As the summit begins and the alliance seeks a new direction, it is time for major stakeholders to revise the constitution of the military alliance as well.

A little bit of tweaking in the NATO constitution can act as a key to avert the prevailing crisis. Otherwise, the tension shall continue to prevail till Russia eats every country surrounding it.