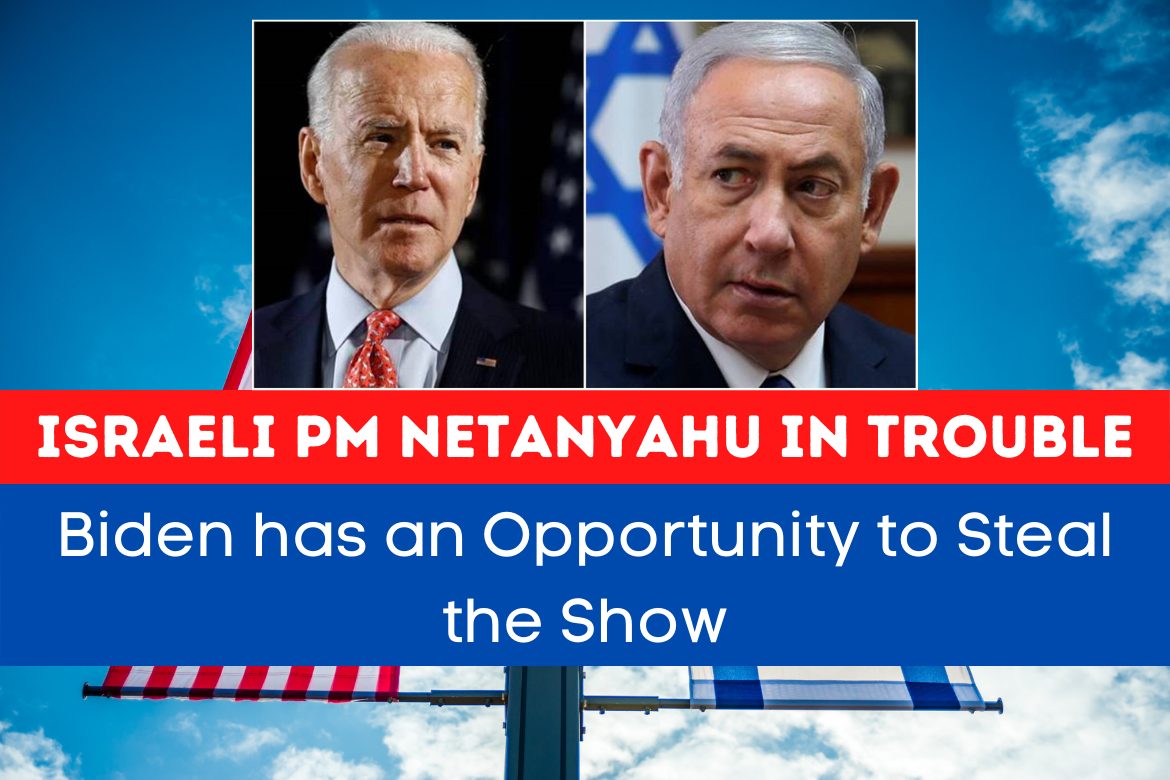 Coupled with the corrupt regime and bribery allegations, the longest-serving Israeli Prime Minister, Benjamin Netanyahu, is about to be thrown out of the government.

In a significant king-maker move, the former ally of Netanyahu and the head of the right-wing Yamina party, Naftali Bennett, has started seeking a coalition with the opposition parties so a new Prime Minister could oust the incumbent PM anytime to make a new Israeli government.

In these crises, the opportunity lies for the United States to recalibrate its relations with Israel’s state and start a new period of peace in the region.

President Joe Biden has long been considered a close friend of Netanyahu. In 2012, Biden said that he had been friends with Netanyahu for 39 years.

It means that this friendship is about to reach 50 years soon. With Netanyahu out of office, the US-Israel relation can change slightly, but a significant policy shift will still become a pipe dream. Biden: A Pro-Israel Politician has a Responsibility to Serve

The United States sees Israel as its only ally in the Middle East. This dictum stands even more accurate in the aftermath of the deteriorating relations with Saudi Arabia. So, the US should be careful in making any policy decision.

Apart from that, the US is providing Israel with military aid of $38 billion over a period of ten years, which came into the limelight amid the rising tensions between Israel and Palestine recently.

As Senator Biden once said,

“Were there not an Israel, the USA would have to invent an Israel to protect her interests in the region.”

Biden has a history of pro-Israel remarks, and abandoning Israel would be out of the question for him.

The social dynamics of Israel force Israeli politicians to adapt to this path. One of the primary reasons for this is Israel’s security-centric foreign policy. We saw recently how far Israel could and will go in the name of defending itself.

Biden and Kamala Harris have been advent supporters of Israel’s security. The need for the Biden administration is to understand that Israeli security can be maintained without allowing them human rights violations. So, recalibrating the US military relations with Israel should be the top priority for the current administration.

The pertinent shift in Israeli politics would come in the form of the transition from the right-wing prime minister to a combination of a centrist and a right-wing government.

Naftali Bennett, the Yameni party’s leader, is a right-wing politician and a right-wing propagator, while Yair Lapid is the head of the centrist Yesh Atid party.

This political alliance is likely to drive Israeli politics somewhere between the right and centrist lines.

If the new government adopts centrist policies, the United States must seize the moment by trying to solve the everlasting Palestinian-Israel conflict with a two-state solution.

Currently, the United Nations also have resolutions in favor of the two-state solution between both countries.

However, due to the subsequent right-wing government, this remained a dream only. This would be a time for the Biden administration to steal the show by finding a permanent solution to this conflict. Doing this will solve the genesis of the crisis.

As a matter of fact, many regional countries do not accept Israel due to its far-right approach. This changing shift can encourage these countries to normalize their relations with Israel, which would be an extension of the US-sponsored Abraham accords.

A two-state solution would normalize the relations of Israel with all of the major regional and global powers.

If this happens, the US can cut off its armed and military spending in the region while promoting trading regimes.

This power demise in Israel can be a game-changer for the United States if appropriately utilized.

The centrist-right alliance in Israel can have different expectations from the United States as well.

It remains on the skillset of the Biden administration to determine how they could get the maximum out of the relations with the new Israeli government.

The everlasting Biden-Netanyahu friendship must not be the hurdle in the bilateral relations of both countries, as the democratic governments change with every election cycle.