Preemptive Nuclear Strikes: North Korea’s Warning Should be an Eye-Opener 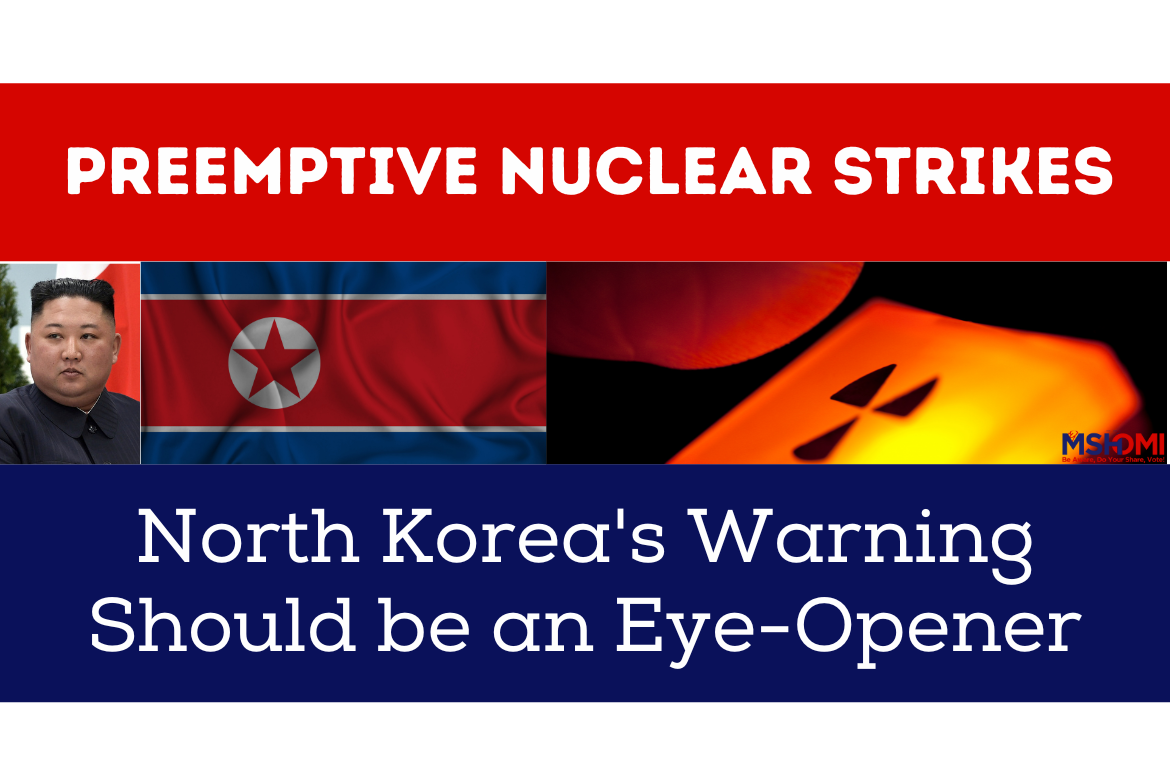 The world is living under the shadow of nuclear war with the latest threats coming out of North Korea. Nuclear Weapons are something that countries have vowed to use as an option of last resort.

However, North Korea has vowed to use nuclear power preemptively, warning the world that it can go to any length if its so-called fundamental interests are compromised.

Why a Threat of Nuclear War from North Korea is Dangerous

North Korea is an authoritarian regime with no respect for human life whatsoever. People living there are alienated from the external world. Even for foreign travel, they need the government’s permission.

Access to the internet is extremely restricted as only the chosen one can browse the web freely. Thus President Kim Jong-Un has no regard for humanitarian values.

A person who does not care about his own population would surely not think about bombing any foreign facility. So the warnings of preemptive nuclear strikes by North Korea should not be taken lightly.

While North Korea has not detonated nuclear devices publically, it is likely to do it soon. This is due to the fact that a conservative president is about to assume power in North’s arch-rival South Korea. Yoon Suk-yeol, the president-elect of South Korea, won the elections campaigning that he would preemptively attack the North.

While South Korea has conventional weapons, and any preemptive attack would also be conventional in nature, the North is likely to go nuclear in its preemptive strike as warned by its president.

Both North and South Korea share a hostile past and often exchange barbs publicly. But South Korea is not the only country that is facing the North’s aggression.

Japan is yet another land that remains its top target of Kim. Not only this, but the primary target of North Korea remains the United States. Especially under the government of Democrats, Kim is likely to be more aggressive compared to previous tenures.

While the US has been assertive in stopping Iran from obtaining nuclear weapons, a similar effort should be made to stop North Korea.

While North Korea is already believed to have nuclear weapons, its public testing will trigger a major crisis, especially at a time when the Russian Ukraine war is likely to penetrate the European borders.

Russia has already warned the world that any country that tries to intervene in its war matters would be treated in an unprecedented way, not to mention that it has also put its nuclear forces on red alert.

For the first time since World War II, Europe is on the brink of a major war, which is worrying stakeholders. This was evident when Russian president Vladimir Putin installed a brutal general to lead the Ukraine war, who also led a slaughter in Syria.

Thus his combination with North Korea’s president will make a dangerous duo that will not hesitate to use WMDs for their gains.

Iran stands at the same critical juncture with the Joint Comprehensive Plan of Action (JCPOA) dying with every passing day.

As the Trump administration rolled back the Obama-era deal, Iran had ample chances to start concentrating on uranium for its nuclear weapons.

Now Iran wants that the US should bring its Islamic Revolutionary Corps out from its designated list of terrorist entities, which is crucial for Iran to get something positive out of the deal. But the US is not ready to do it at any cost.

While Europeans are pushing hard to seal the deal, it is unlikely to happen anytime soon, which means that Iran can also push for a nuclear weapon without any deal.

In all, if any of these three countries manage to unleash nuclear horror, it will result in ultimate chaos.