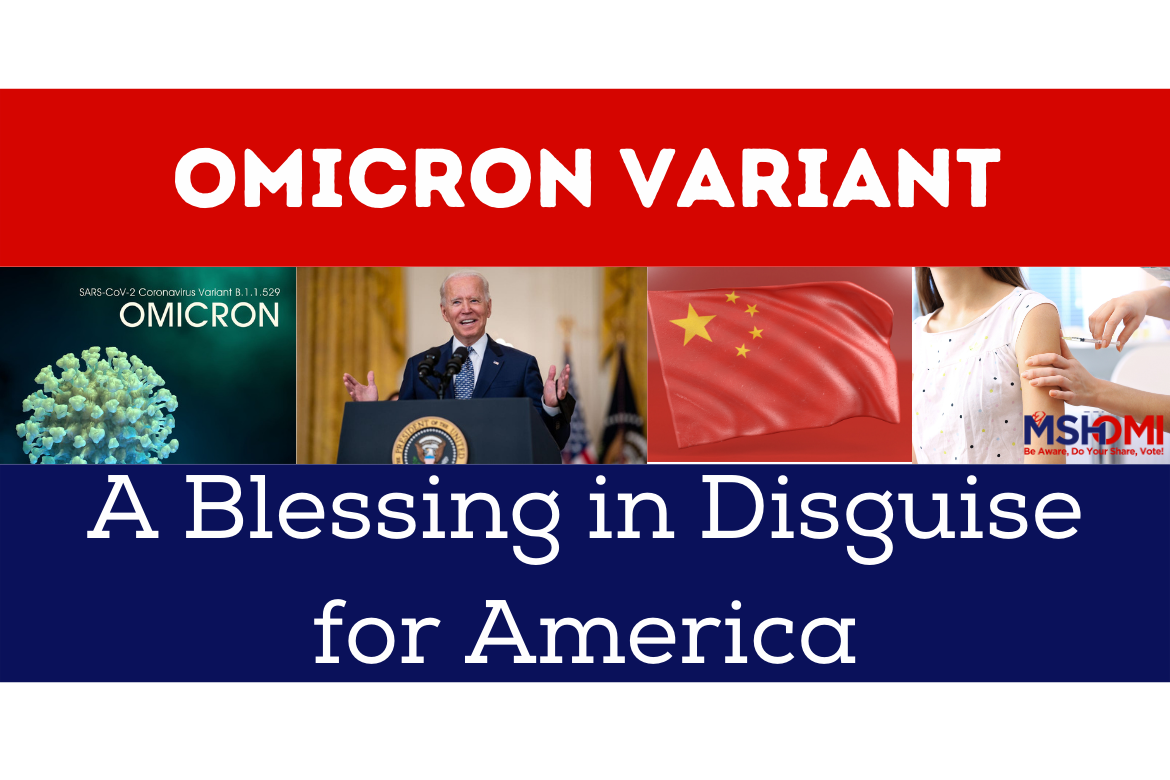 The Omicron variant has been devastating in America, with daily cases reaching up to one million per day. But the very nature of the strain provides America with renewed hopes to increase its global political clout using vaccine diplomacy.

Vaccines produced by China and Russia are becoming ineffective against the Omicron strain, thus paving the way for the United States to export much-needed vaccines to countries and get leverage over rising Russian and Chinese ambitions, which are bound to fail due to their inefficient vaccines against Omicron. The two most used vaccines of China use technology that is not proving beneficial for omicron prevention.

Both of these vaccines trigger an immune response by injecting the inactivated versions of the virus into the body.

Although this technology has been used for a long time in the medical arena, it is proving less efficient against Omicron compared to the RNA technology used in America and European countries.

And this comes at a time when China is facing a vaccine shortage crisis at home, as 1.4 billion people await booster doses, straining the vaccine resources of the country.

Over 80 percent of the population of China is vaccinated with either Sinovac or Sinopharm, so the demand for booster shots would increase pressure on China to downsize vaccine exports.

This time China can not even manipulate narratives as their vaccines have already been tested globally, and many countries are reporting its lower efficacy against the Omicron variant.

Singapore, for instance, declared recently that having three doses of Sinovac or Sinopharm will not be enough to get the status of a fully vaccinated person. Instead, citizens will now need four doses to get fully vaccinated with Chinese vaccines.

China was increasingly assertive to get involved in vaccine diplomacy in recent times.

For example, the country donated a significant number of doses to the UN-led initiative COVAX, but reportedly, now countries are not showing interest in getting their vaccines.

UNICEF’s data suggested that the shipment of Sinopharm and Sinovac declined substantially in late 2021.

Russia’s Sputnik V is facing the same sort of crisis. Many pro-Sputnik people started calling it the “first registered vaccine against the pandemic,” in their bid to aggressively market their own vaccine.

Russia was already facing a vaccine crisis, as Sputnik V did not receive any endorsement from the World Health Organization or any other major health entity due to the lack of data available.

It was causing strain for Russia’s global political clout as the United States, alongside many other countries, only allowed travelers fully vaccinated with WHO-approved vaccines.

Thus, it impacted Russia’s global hegemony as less than 80 million doses of this vaccine were exported in 2021, compared to 1.5 billion Pfizer doses injected outside America.

Opportunity for Biden to Rectify His Mistake

While these measures are promising to create tensions for less-developed nations, not everyone will be given the same priority by the United States.

However, there has been a silver lining in the cloud, as it provides an unsaturated domain for America to expand its global ally’s bank.

This could also be a repair to the United States reputation, which suffered severely after its racist travel ban against African nations and to refuse to do the same against western countries reporting new viruses.

At a time when many countries have been complaining against vaccine expiry and the vaccine inequity concepts, doing this would help America in establishing its ties with the broken world.

African countries should be prioritized in this regard, as they have the lowest vaccination rate in the world.

This is an opportunity for America to rewrite the history books that have been polluted due to some big mistakes of the administration in recent memory.

The country may not get repetitive chances of this sort, so America must grab this opportunity.

While on the one hand, it will help the world curb the Omicron strain, on the other it will be a roadblock in the path of new variants, the emergence of which has stalled the progress of the world.