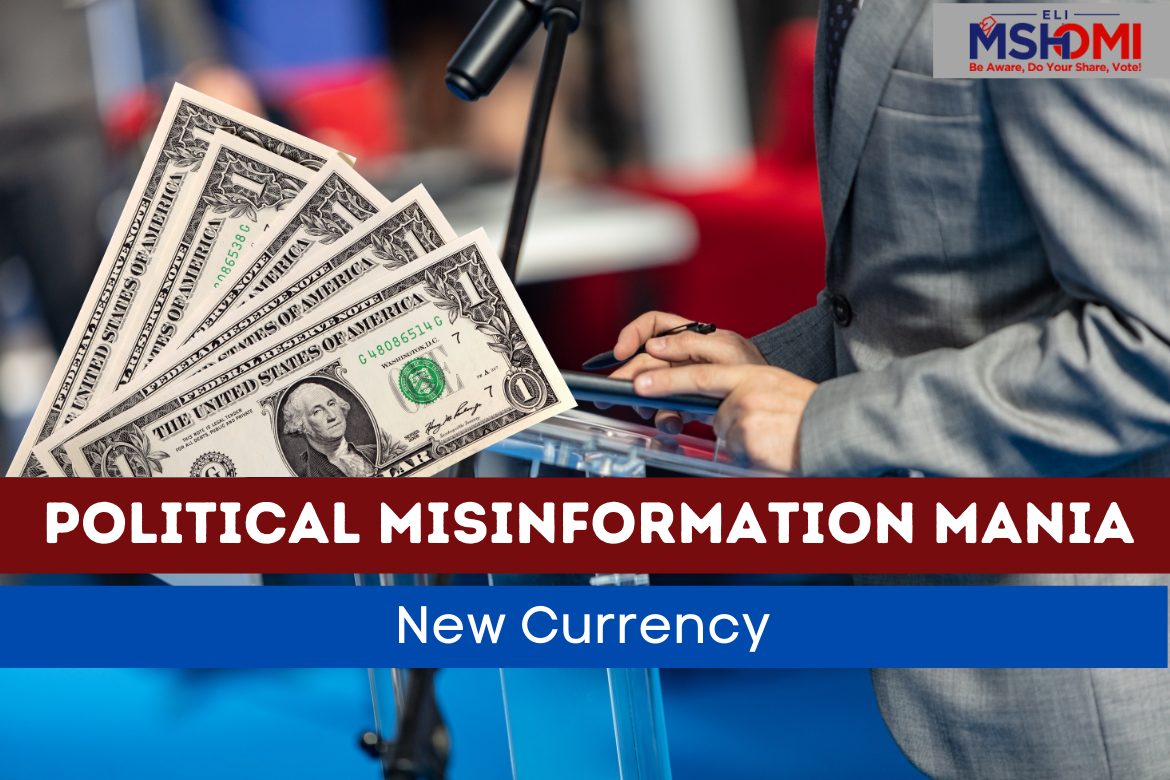 Since I have started journalism, I have seen facets of people that were not possible otherwise. I have been called “Liberal,” “Conservative,” and “anti-Christ,”  to name a few, just because of my writings.

When my writings go against a certain narrative, many people of that faction get offended without realizing that these writings are data-driven journalism, with solid foundations of facts, instead of political misinformation.

I don’t write in the air making blanket statements. My habit of writing factual data has enabled people to label me with different names.

Many people fall comfortably into certain ideologies. They do not bother seeing others writing against their own personal narratives, which they build over time, even if the data counters their narrative.

The habit of people not verifying facts offends them against my writings.

Truth vs. Facts: Journalists Need to Know the Difference

Journalists, and obviously consumers, need to know the basic difference between truth and facts. Truth is a belief that varies from person to person.

The social construction of society changes the truth; hence no two people raised in a completely different environment and living in different social settings can share the same truth or belief.

This phenomenon is even explored by sociologists who call it an “illusory truth effect.” Even when a lie is repeated enough times, people start believing it, considering it as truth.

This concept even becomes more critical in the aspect of political journalism, as political scientists consider this theory a “Big Lie.” That’s why Joseph Goebbels, Nazi Minister of Propaganda, said,

“If you tell a lie big enough and keep repeating it, people will eventually come to believe it.”

However, facts are provable, which is the need for journalism. Facts, or data-driven journalism, portray an unbiased narrative to the readers.

People won’t accept the facts even if presented with the proof, as they get upset seeing others “attacking” their ideology or the version of the truth as they see it. Most of them suffer from what psychologists call Cognitive Dissonance, which is defined as,

“A mental conflict occurs when beliefs are contradicted with new information. This conflict activates areas of the brain involved in personal identity and emotional response to threats. The brain’s alarms go off when a person feels threatened on a deeply personal and emotional level, causing them to shut down and disregard rational evidence that contradicts the previously regarded truth.”

Data verify facts, but it is pertinent to note here that data analysis is also a skill that is not everyone’s walk in the park.

The data presented must be read and analyzed rationally. Some people end up molding the data itself to deduce the result of their choice, the classic example of which is slavery, which is often supported by data and even the Bible.

Before data, I first look at human rights. If these fundamental rights are violated, there is no justification for data or research, as writing humanitarian articles is a piece of cake for me since I am driven by human rights first.

An example of this is my article on the Israel and Palestine conflict, where I took a stance on humanitarian grounds and raised my voice for the Palestinians.

When you see most journalism houses, they take sides based on their ideologies. If they are Christians, they would want Palestine to be wiped off, and if they are Muslims, they want Israel to be erased from the map of the world.

However, I took a stance based on human rights. I don’t want to see innocent civilians die just because of the military might of Israel or the media houses flattening just because they are showing Israeli brutality.

Political Misinformation: The Currency of the “Mis-Information” Age

While it is true that most people have started preferring digital media in modern times, the lack of regulation on these online platforms has also increased the concept of fake news.

The propagandists or the narrative builders are busy concealing the truth, either intentionally or unintentionally, from the masses, and this is what is running their business smoothly.

Then comes the curse of advertisements, which is scaling up the concept of political misinformation in today’s environment.

While in the traditional electronic or print media, you have to watch the advertisement after a certain interval of time, this is not always the case on the online platforms.

Most often, the online journalists compromise the quality of the content just because overly engaging content ends up with the readers not clicking on the ads, resulting in a lack of revenue for the owners.

Most political journalists end up writing content based on prejudices and social constructivism.

The blanket statements make matters worse, as journalists do not rely on big data to do the news reporting.

Many journalists forget the difference between the news and editorial pieces. News is just a piece of objective information without any personal opinion of the writer injected.

On the other hand, editorials are highly subjective pieces driven by the writer’s opinion. So, if journalists deduce their views in the news, they are just bulking up the lies to promote a specific agenda.

Sensationalism, or as it is popularly known as yellow journalism, is also one of the prevailing curses in today’s industry.

Whether the newspapers exaggerated headlines or the fake titles on the online editions of the newspapers, all come under the yellow journalism banner that worsens the doctrine of political misinformation.

Some of the blame lies on the reader’s shoulders since they prefer sensationalism instead of data-driven and focused journalism.

And advertisers do collect the data of the consumers so that they could make more targeted campaigns.

Suppose a  journalist’s audience is not too well-established. In that case, advertisers are likely to move away, so these so-called journalists end up using these tactics to magnetize the audience, resulting in political misinformation. Data-Driven Journalism is the Answer

The journalists’ hostility with the data and facts is also driving the situation to a volatile scenario.

The answer to all the mess is data-driven journalism to ensure that the content consumers are given the information they deserve.

While finding stories, journalists need to work with data extensively before writing even a single word.

Journalism needs to be driven with the help of data instead of emotions to reduce the prevailing political misinformation.

From data, you can get insights, and most often, you can even make incredible predictions, as I wrote in my article Biden Picks for Vice President and Attorney General.

Before the final results of the 2020 elections were out, I called Biden a winner. I predicted absolutely correct electoral votes for both Biden and Trump just because of my data-driven journalism.

The general rule of thumb in politics is sticking with a certain ideology, either Conservative or Liberal, to win a support base since most people fall into one of those categories. So, facts are not the driver of politics but a specifically molded version of the truth, which is triggering political misinformation.

Despite all the expert advice stating that you must establish your base, mshomi.com successfully managed to reach 243K users and 1.79M page views per month in a period of a mere six months. This growth shows there is an audience that loves to hear facts instead of being impressed by sensation.

But not everyone has the DNA of writing or speaking facts. “Shooting from the hip” is not for everyone, as you might lose your family, friends, and business since most people fall into certain ideologies, and they won’t accept your facts, ending up alienating you. It happens to me, so I am talking from my experience. Even the extreme consequence of being this much honest is that you always have to keep yourself ready to be murdered like Jamal Khashoggi.

People like Liz Cheney and me who don’t care about the consequences are few, so those who are not inspired by facts, stay with your version of the truth because you will be safe with remaining with the status quo.