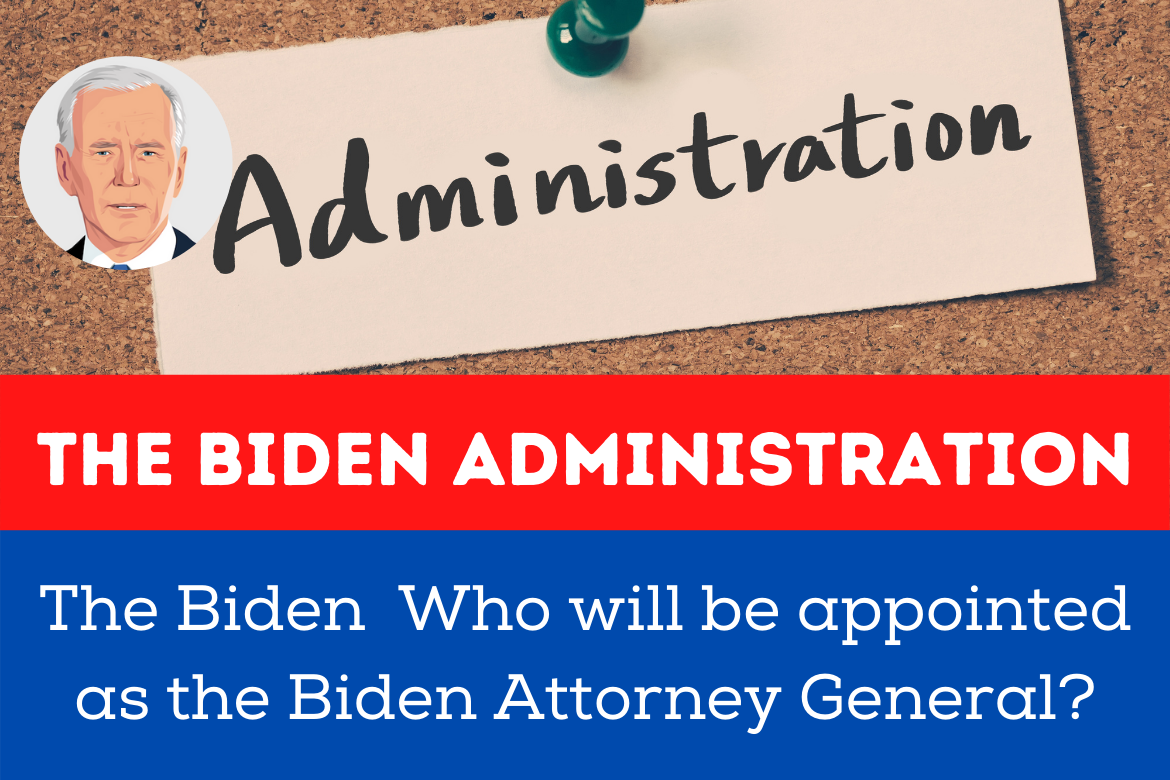 As President-elect Joe Biden is all set to take over the White House, he is moving ahead with his transition team for the future plans, even while Donald Trump is still refusing to concede to President-elect Biden.

In the Biden administration, the Biden Attorney general will be a crucial post, for which he has to appoint an experienced attorney who could assist the new US government in legal matters. A close contest is expected between the top five contestants who are named below to fill the seat of Biden Attorney General. While everyone thought that Justice Merrick Garland should have been the Justice of the Supreme Court instead of Amy Coney Barrett, no one would have thought that he could later be one of the top contenders for the seat of Biden’s Attorney General.

Serving in the courts since 1997, he has extensive expertise in legal battles, and his experience can be of much use for the United States of America.

He also won the nomination for the Supreme Court justice after the death of Antonin Scalia back in 2016 during the Obama presidency; however, the Republican-led Senate refused to approve the nomination.

He is one of the well-known pro-Democratic individuals who can be the Biden Attorney General. He has served the United States in the following capacities.

Before his tenure started in the US Court of Appeals, he also assisted Attorney General Ben Civiletti as his special assistant. Not only this, but he has also served numerous private firms, of which Arnold and Porter is a notable one.

His selection as Biden’s Attorney General will undoubtedly be a completion of a long-lasting struggle. Doug Jones: A Potential Nominee for the Biden Attorney General:

In the 2020 Senate election, Doug Jones lost against Tommy Tuberville by a massive margin of more than 0.4 million votes. With this loss, Doug Jones is now expected to be the Biden Attorney General with his experience in the field. He is mostly known for his prosecution of two of the four men involved in the 1963 16th Street Baptist Church bombings. Doug Jones’ beliefs as a prosecutor and attorney also align with the Democratic values, and this was the reason why The Birmingham News described him as a “moderate Democrat.” In the past, he has served the United States in various capacities including,

Doug Jones is very vocal about the key issues that are the talk of the town in the United States since the arrival of the Donald Trump administration back in 2016. These issues include gun control, abortion rights, and criminal justice. Due to these Pro-Democrats’ thinking, Doug Jones is expected to be the next attorney general. However, the Republican-dominated Senate can deny his nomination, considering his anti-Trump policy approaches.

He is also the favorite for this seat as he is an old friend of President-elect Joe Biden. He was one of the core members of Biden’s team in the 1988 Biden campaign to win the Democratic nomination for the presidency. However, the path of Doug Jones is not as clear as it seems. Tom Perez can prove to be a formidable rival for Mr. Jones, considering his expertise in legal matters and allegiance to the Democrats for a long time. The incumbent chair of the Democratic National Committee has a history of fighting for civil rights. His significant services to the US include the following.

Owing to his multi-dimensional experience, Tom Perez is one of the favorite candidates for the seat of Biden Attorney General. He is such a strong Democrat that he was expected to be the running mate of Hillary Clinton in the 2016 Presidential race; however, he did not win the nomination. Sally Yates: The Only Potential Woman for Biden Attorney General:

Many political pundits predict that Biden will go for a diverse cabinet, and more women and people of color are expected in the Biden administration. This makes the playing field favorable for Sally Yates, as she is probably the only woman who can be the Biden Attorney General. Although a Pro-Democrat by roots, she served a short term in the Trump administration also when Trump fired her just after ten days due to her progressive views. Her contribution to the United States includes:

Sally Yates has also been honored by various awards. In 2016, she was awarded by EPIC inspiration award by Emory University School of Law. Similarly, she also won the Mary Church Terrell Freedom and Justice Award.

If Biden decides to make a diverse cabinet, she has a good chance to be the United States Attorney General. The seat of the Biden Attorney General will be an important one amid all the legal battles that the Biden administration can face in the aftermath of Biden’s inauguration in the White House.

While there are many potential nominees for this all-important position, the four mentioned above have a high probability of winning the seat to assist Biden and his administration in all upcoming legal battles.