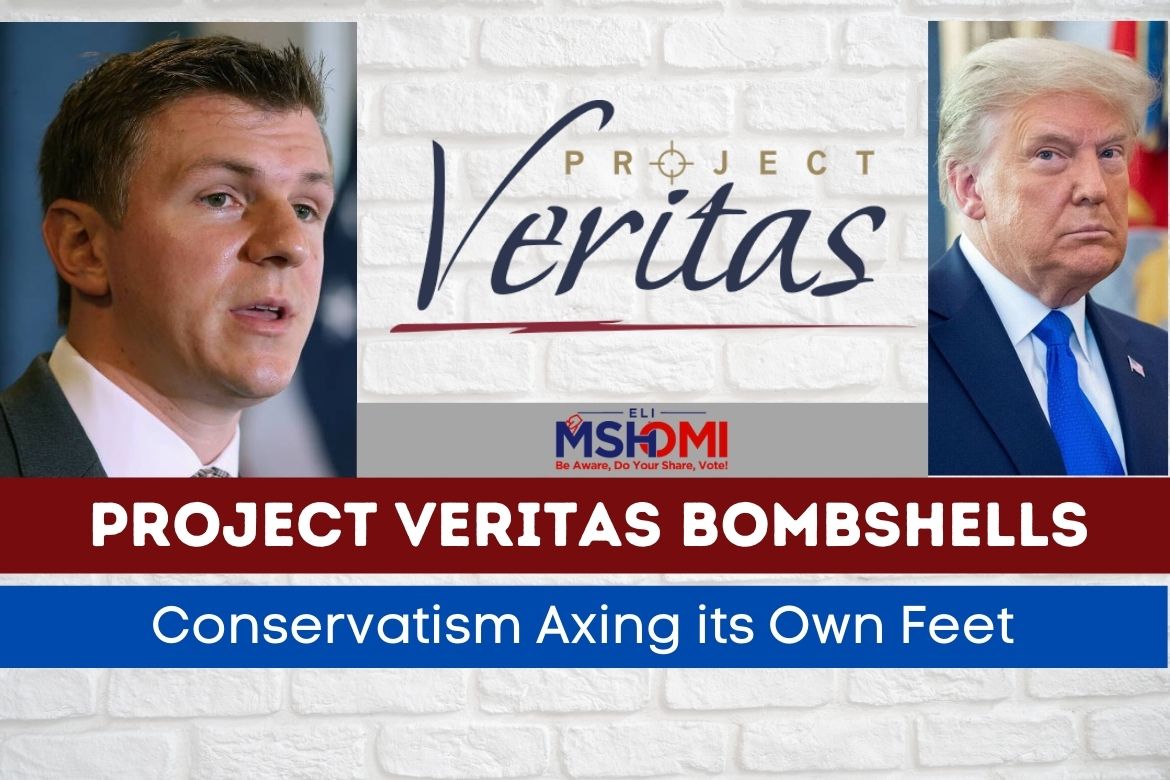 The insecurity among the Republican ranks to expose anti-Trump elements is not new. While they took action against Liz Cheney for her anti-Trump remarks in the post-Trump era, they did it with several officers of the bureaucracy and other Republicans with the help of Project Veritas, a conservatism group that exposed the central figures of conservatism.

Project Veritas is a right-wing group that aims to expose anti-conservative voices. The recent reports of the New York Times suggest that the group conducted sting operations against FBI officials and officers of the Trump government.

The acts portray the sense of distrust that President Donald Trump had on his team during his presidency.

Below the Belt Attacks by Project Veritas

A group of activists driven by conservatism constitutes the Project Veritas. The group is backed by a former British spy, who led the efforts to expose the so-called enemies of Donald Trump within the government during his presidency.

The project was involved in a series of sting operations against the former national security advisor, H.R. McMaster, and other FBI staff.

The primary motive was to see if people working within the government have anti-Trump sentiments or not.

Project Veritas used various tactics in which female agents of the projects dated the FBI staff just to record them while talking poorly of Donald Trump. Obviously, there is no use in arranging these operations without governmental support in the first place. It implies that the Trump government funded the project for finding the so-called defectors working within the government.

These revelations against  Project Veritas also show the autocratic ambitions of the Trump administration, which aimed to silence all the anti-Trump voices within the government.

These efforts of Project Veritas are a smaller part of the whole picture, where Donald Trump himself censured people who went against him during the last part of his presidency.

Richard Seddon was the central figure of the whole scenario, as he started his pro-Trump agenda in 2016 and continued until mid-2018.

During this period, he led many episodes, including infiltrating the Democratic Congressional campaigns and trade unions to find his targets.

When the New York Times reported the activities of Richard Seddon last year in training the staff for conducting the operations, this was the time that authorities should have scrutinized him for the wrongdoings. Failure to do that delayed the investigations against him.

These latest reports also suggest how an organization used to conduct operations against Democratic politicians, news organizations, and advocacy groups turned against the government officials themselves.

The relation between Project Veritas and the White House is still unclear; however, one of the project workers, Barbara Ledeen, said that she was in contact with someone “with access to McMaster’s calendar.”

This statement indicates the involvement of the White House members in the operations, as having access to the national security advisor’s calendar is not everyone’s business.

The group ended its activities in mid-2018 when it succeeded in obtaining the information it wanted, resulting in McMaster’s resignation. Although Project Veritas denied the allegations of investigating “Trump enemies,” only a proper investigation will yield the truth against the project.

Seeing the track record of the Trump administration for scolding the anti-Trump elements, everything can be expected from them. Trump was the person who used Qanon and Proud Boys for his personal gains, so the possibility of exploiting Project Veritas also remains high.

If the Cybersecurity and Infrastructure Security Agency (CISA) director can be fired, the US attorney general can be forced to resign, the Supreme Court justices can be censured, the patience of the national security advisor can also be tested, which seems to be the case in this episode.

All of the events also depict the priorities of the Trump administration, which wasted four years exposing people who did not comply with their agenda.