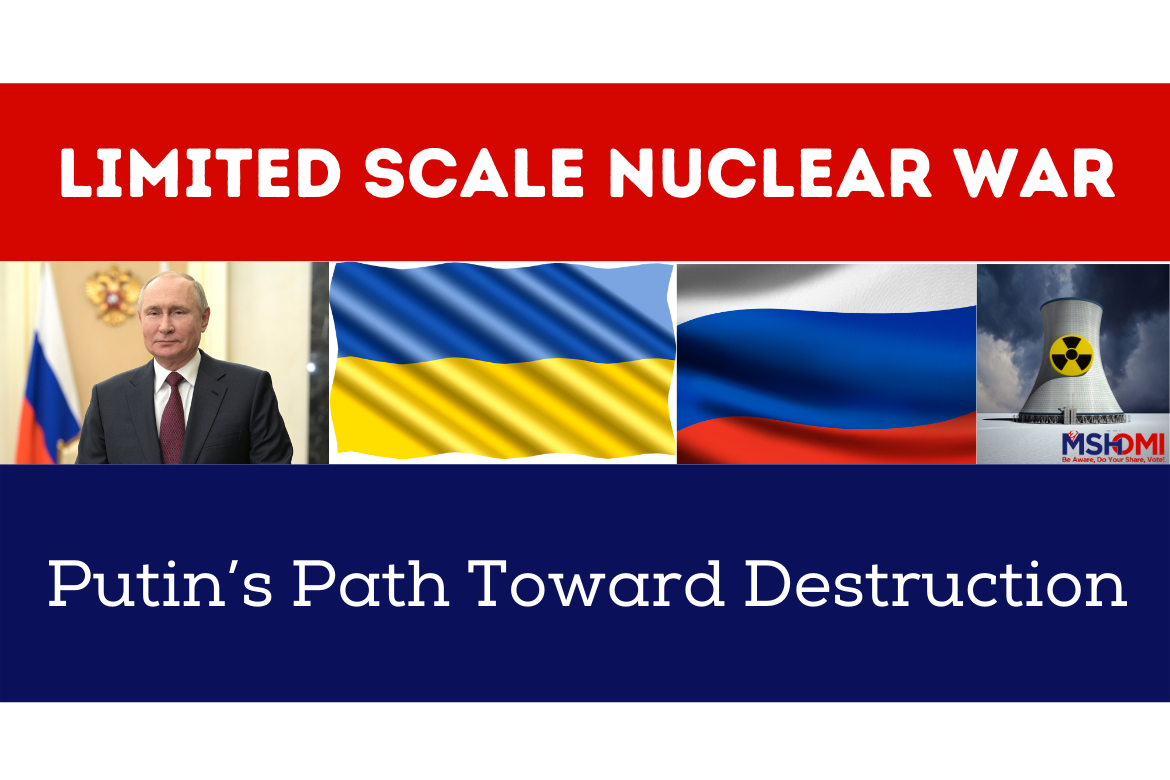 The wide variety in the sizes of nuclear bombs has made the Russia-Ukraine war dangerous to the extent that Russia can exercise a limited nuclear attack without any widespread destruction.

Nuclearsecrecy.com provides everyone with an opportunity to pick up a nuclear weapon of their choice and pin a location anywhere in the world to see what would be the extent of the damage if the world goes nuclear.

Setting the pin near the Ukrainian capital Kyiv and selecting the smallest nuclear bomb available to Russia can easily suggest that Russia can trigger a nuclear war without causing much destruction to the civilian population.

But even if not many people die, it would send a message that the warnings of the Russian president were no hoax.

With the advent of tactical nuclear weapons, those that are smaller in size and do not unleash unimaginable horrors have opened the doors of limited-scale nuclear weapons that can easily avoid Mutually Assured Destruction (MAD).

For instance, if Russia detonates a one kiloton weapon at the side of Kyiv’s Zhuliany airport, the radius of the radioactive radiation would hardly reach the end of the runway. Surely, in this case, no civilian would be harmed, but a powerful message would be sent to the masses that Russia has all the options available to it.

With well over 2,000 such weapons available to them, Russia would have a variety of choices available where to hit Ukraine and where to avoid.

Some tactical nuclear weapons are so small that they would only end up putting a deep hole at the site of detonation. However, it would only unleash a sense of horror not only among Ukrainians but also everyone living on Earth.

While Putin has changed the status of the nuclear forces of Russia, the Biden administration is still in disbelief that any such activity could happen. Biden’s officials have reiterated that the United States is looking toward its nuclear policy hour by hour to see how things unfold.

Putin Would lose the remaining support it has from the world

There is a school of thought that Putin may not risk even the slightest of nuclear attack because of the stigma associated with the word “nuclear bomb.” Doing so will lead him to the premium club of sanctions.

Not only this, but he will also end up losing the remaining support that he has from different parts of the world. Many countries have not sided with America in this conflict, including China, India, South Africa, and Brazil.

Many stakeholders of the conflict have questioned Putin’s state of mind, signaling that he might not be mentally fit to oversee a country with a plethora of WMDs.

But those who remained silent under the leadership of Donald Trump, who has plans to nuke China in his last days, can hardly voice their concerns in this case either.

Most stakeholders, however, believe that Putin is more angry than mad, a state of mind that can push him to make insane decisions. In global politics, at a time when his forces have invaded a neighboring country and faced unexpected resistance, Putin is being pushed into a dead-end tunnel with not many options available to him.

Backtracking from here may give an impression of unassertiveness to the world, a thing which most authoritative leaders do not like at all.

Most experts are, however, of the view that the last option for Putin would definitely be a limited-scale nuclear war. But this would happen when Putin thinks that he has no option available and is straining the resources of the country with the invasion.

Most wars in history have ended for the fact that the expenses to carry on the war become unbearable. This was the reason for the end of World Wars as well as the Cold War.

With crippling sanctions on the economy and Russia using all of its resources on war, the doomsday for Putin seems to be near.

Accepting a defeat without using a nuclear option would be a thing that Putin would never like. Thus the threat to nuclear war remains, and the world is still in uncertainty as to whether the angry Putin caps his ego for the betterment of the world.

Head to Head: Children In Yemen Have Louder Cries than Those in Ukraine

Messaging War: People of Many Countries are Supporting Russia

Moment of Shame: America-Tanzania “Collusion” to Persecute the...