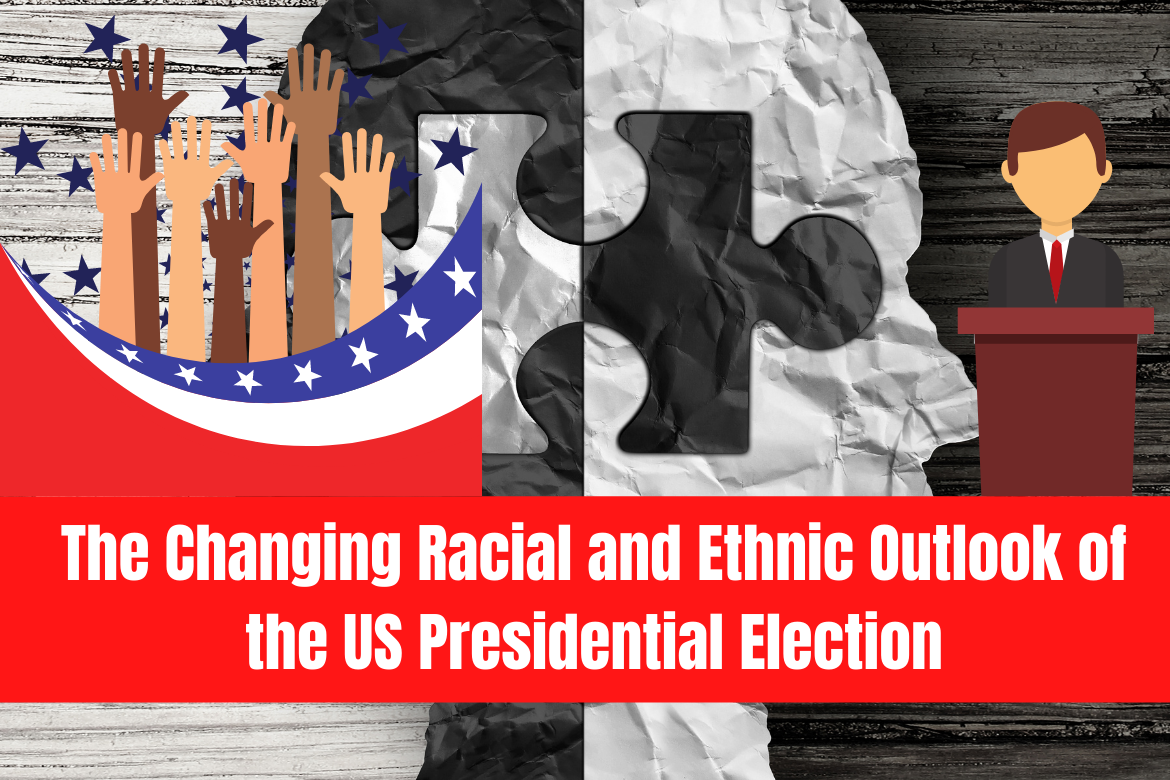 The 2020 presidential election has become the center of attention for many reasons. One of the principal reasons is the involvement of ethnic and racial factors as a significant one.

The United States witnessed the biggest uprising in its history in the form of Black Lives Matter, and the president on several occasions has explicitly shown his racist attitude, which has made race and ethnicity an important aspect of the upcoming elections.

The 2020 presidential election is also important as it will define the future racial and ethnic outlook for America, and will define if America will become the white-only country or land of liberty, equality, peace, and prosperity.

This article will explore the changing racial and ethnic outlooks, and how they are influencing the presidential election to be held in November. In the past few years, the voting population of the United States has become more and more diverse. Asian-Americans have become the second-largest minority group that is eligible to vote. There was a thirty-nine percent increase in Hispanic voters.

In the 2020 presidential election, the Black Americans have become stronger and united under anti-Trump rhetoric. Additionally, the nomination of Kamala Harris as the vice-presidential candidate from the Democratic party has also provided them with a candidate on whom they can rely and for whom they could vote. This growth stemmed from the U.S.-born Hispanic population coming of age. Eligible Asian voters also rose to 10.3 million in 2018. They make up four percent of the electorate. As the presidential election approaches, the racial and ethnic changes in swing states are becoming apparent and are likely to pace a serious and considerable impact on the presidential race.

In states like Arizona and Florida, there is a significant decrease in the numbers of non-Hispanic white eligible voters, which resulted in an increasing number of voters from minority groups. Other important battlegrounds such as Pennsylvania, North Carolina, Wisconsin, and Michigan also witnessed an increase in the non-white voters as the children of immigrants reach the age of eligibility.

The state of Florida has been important in every presidential election, and the share of the white electorate has fallen by thirteen points since 2000. Contrastingly, the share of non-white eligible voters has seen a rise of nine points, and, as of 2018 statistics; they share twenty percent of the total eligible population. Similarly, in Arizona, the non-white groups make up approximately twenty-four percent of the voting population.

The state of North Carolina bestowed the presidency upon the last four presidents of the country. The state has now a white voting population constituting 69 percent of the state, as compared to 75 percent in 2000. Of these numbers, Hispanic voters make up four percent and Black Americans hold a twenty-two percent share of the eligible population.

Texas is not a battleground state as of now, but the rising demographic shifts are likely to make it more competitive in the future and also in the 2020 presidential race. The state has witnessed a decrease in the white population to a bare majority of 51 percent, while the Hispanic population has increased by eight points and now holds a considerable number of eligible voters.

Racial and ethnic groups are likely to place some serious impact on the 2020 presidential election. The increasing racial discrimination has motivated the voters from minority groups to take part in the electoral process, which will potentially increase the voter turnout from minority and non-white groups.

This presidential election will see more non-white voters as they have increased considerably in the last couple of years. The increase in non-white voters will provide an advantage to the Democrats due to the racist attitude of Donald Trump, and because of Kamala Harris’ nomination for the vice president from the Democrats. However, the white voters still hold the majority and can choose the next president even if the entire non-white population leans towards one side.

Read more about the racial and Ethnic Issues in the USA: How voter suppression is happening to black people in US elections 2020?