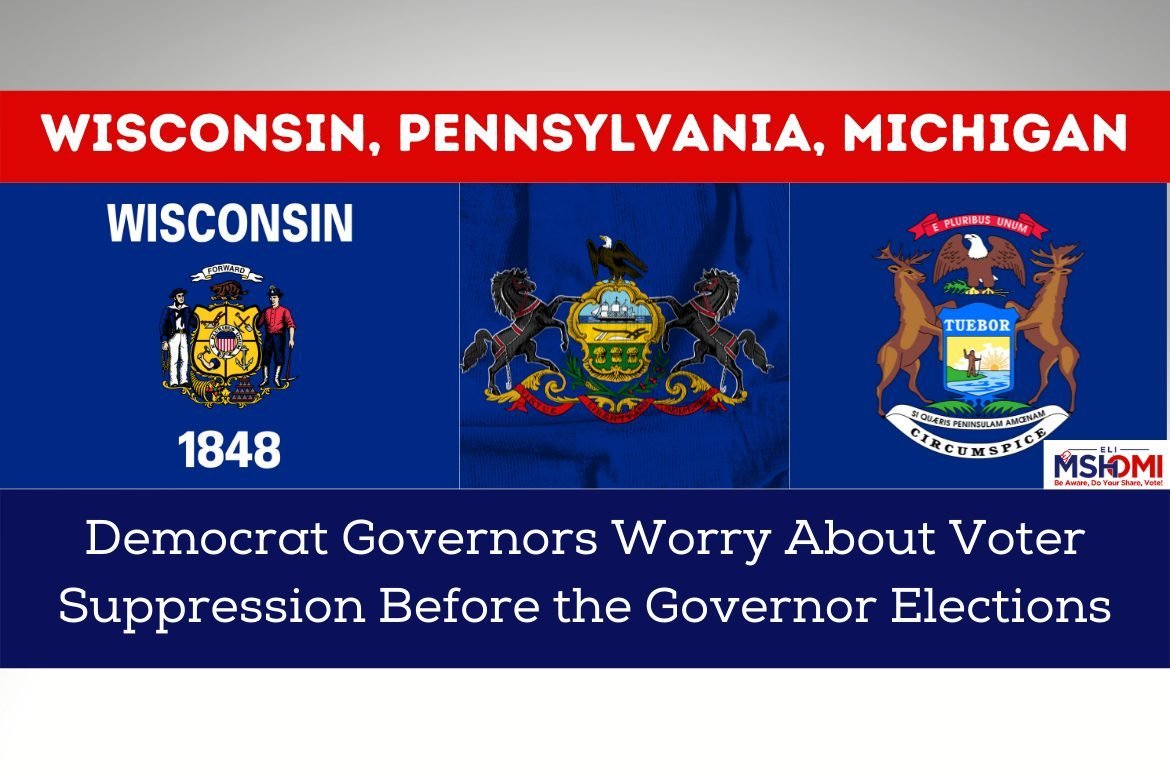 Wisconsin, Michigan, and Pennsylvania have become the epicenter of the gubernatorial elections, as the legislators of all of these states are controlled by Republicans, but their executive seats are occupied by Democrats.

These states are in the news as Democratic governors are coming face to face against the Republican-dominated legislatures, as the GOP is busy changing election laws in these states.

These efforts by state Republicans have put two contradictory ideologies in front of each other, as Democratic governors are continuously rejecting Republican laws in all three purple states. The 2022 elections are expected to be difficult for Democrats lawmakers for various reasons, the top of which is Biden’s declining popularity due to some of his hasty decisions recently.

This has increased the sufferings of the gubernatorial candidates as well, who are seeking elections soon.

All three states in the discussion are reshaping their election laws religiously, which are threatening Democratic governors even further.

The Battleground States of the North Are Dangerously Inciting Republicans Efforts

The battleground state of Pennsylvania dominated the headlines when Republican lawmakers tried to legislate to get the personal information of every voter in the state.

The same is the course of the state of Wisconsin, where a conservative former justice of the State Supreme Court also sought voting documents from electoral authorities.

The probable candidates for governor from the Republican ranks in these states are also heavily influenced by Trump’s voter fraud narrative. So, all of them are likely to get elevated by the former president before the next elections.

In fact, changing election laws and cutting back access to the fundamental right of voting is the core ideology of these GOP candidates.

Since the onslaught of 2021, Republicans in 19 different states have passed 33 voter suppression bills, and the efforts are just intensifying with every passing day.

While Democrats are trying in parallel to safeguard the integrity of the voters at the federal level, they are consistently failing in Congress due to their inability to persuade their own centrist Senators.

This whole episode of these three states becomes even more important, considering the probability of Donald Trump running in the 2024 presidential elections.

As he has vowed to come back once again in US politics, if Republicans manage to snatch these three states from Democrats, they will gain strong control over the northern states just before the decisive elections of 2024.

The probable candidate of the Democrats from Pennsylvania is the state’s attorney general, Josh Shapiro, who is also a defender of 2020 elections integrity.

Next year’s gubernatorial elections will be marked by the new sort of issues where politicians are reluctant to address the issue of healthcare or other social measures. Rather, they are more interested in enhancing and curbing voter rights as per their ideology.

The fact that Republicans claim that they are not indulged in any type of voter suppression is itself a testimony that they are turning a blind eye against this fundamental right.

And interestingly, Republicans do not need much effort to spin these three states. All of them are battleground states with the potential to revert with just a few thousand votes. For instance, only Barack Obama managed to win 51% votes in these three states since 1996, which signifies the closeness of the contest in these elections. If Republicans win these states, they will pave the field for 2024 Trump’s elections with their voter suppression mentality.

Just like Texas, where the governor pursued his ambition of promoting Trump’s theories after the 2020 elections, Republican governors in these states can also follow the same path after the 2024 vote.

If governors perform at the absolute capacity, they can manipulate the electoral college system, which could be the case if Republicans win these states.

Nonetheless, the three battleground states are enough to alarm Democrats of what is waiting ahead for them.