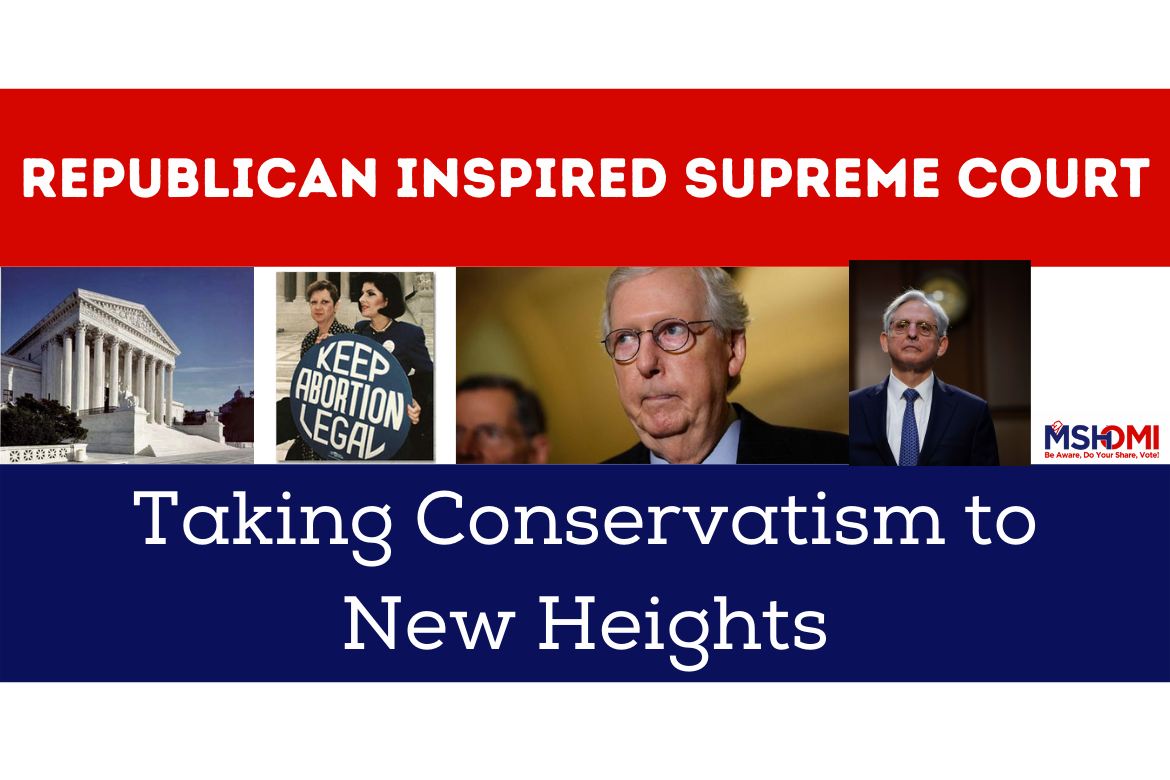 The conservative majority of the US Supreme Court has overwhelmingly opposed the Democrat agenda in the country, with court reforms not seeming to be in sight.

Biden’s commission established to address court reforms has failed to recommend actionable measures to the president, noting that expanding the court would set a dangerous precedent for the upcoming government, which could politicize the court by increasing the number of justices every time a court decision goes against their favor.

The Supreme Court of the United States is all set to overturn the Roe vs. Wade verdict, which will essentially ban most forms of abortion in the country.

With the so-called gun rights, abortion, and religious and voting rights in danger, Democrats have nowhere to go, especially when they are trying to legislate across the same lines.

At a time when Republicans are trying harder to perpetuate voting restrictions, ban abortion, and promote their guns agenda, having the support of the conservative Supreme Court with them gives them enough courage to dissipate any Democratic efforts against it.

The court, which failed to block Republicans’ whole wave of legislative efforts of reform, cannot be relied upon to protect other democratic rights as well.

And Republicans were calculated enough in orchestrating the Supreme Court in its current form.

Back in 2016, Republican Senate Majority Leader Mitch McConnell did not even entertain the Senate hearing request of Merrick Garland and asserted that the Supreme Court nominee must not be heard in the election year. However, he backtracked on his words in 2020 by confirming Justice Amy Coney Barrett in the election year. The unprecedented ideological hijacking of the Supreme Court, which was unprecedented for 100 years, has been completed by Republicans’ assertiveness.

Even in the past, when the court tilted toward one ideology, it was not as extreme as it is right now, and justices had much breathing space to disagree with each other. However, overturning the liberal decisions in their entirety seems to be the litmus test of the justices to prove their loyalty.

Even within the conservative caucus of the court, the division is apparent. No one can expect the three Trump appointees to go against conservatism in any case. In fact, they are often being complemented by two other ultra-conservative judges, Clarence Thomas and Samuel Alito.

But Biden’s commission was on point in not recommending court expansion. This is due to the fact that any political party can try to increase the number of justices, which would ultimately lead toward the weakened separation of powers in the country.

However, appointing the term limit for justices is a no-brainer at all, and it can easily be adapted to limit elderly judges or politicians from making the decisions that impact the whole country. Just like Elon Musk advised not allowing people over 70 to run for political office, this too can be done implemented.

While this would pave the way for young guns, it will also assist the lawmakers in defining a clear roadmap of who will lead the highest judicial bench of the United States. With conservatism dominance in the Supreme Court, over 60 percent of all the court decisions last term were in favor of right-wing politicians.

Thus, it encourages them to catalyze their efforts of reforming the court whenever they get a chance. Republicans have often accused Democrats of packing the court, but this once again is a problem of the messaging war, which has allowed the GOP to damage the reputation of Democrats.

In practice, Republicans themselves have tried to pack the court every time they see an opportunity. Denying Merrick Garland’s hearing and letting Amy Coney Barrett serve the bench is a classic example of how Republicans packed the court on the one hand but made a fool of the voters on the other.