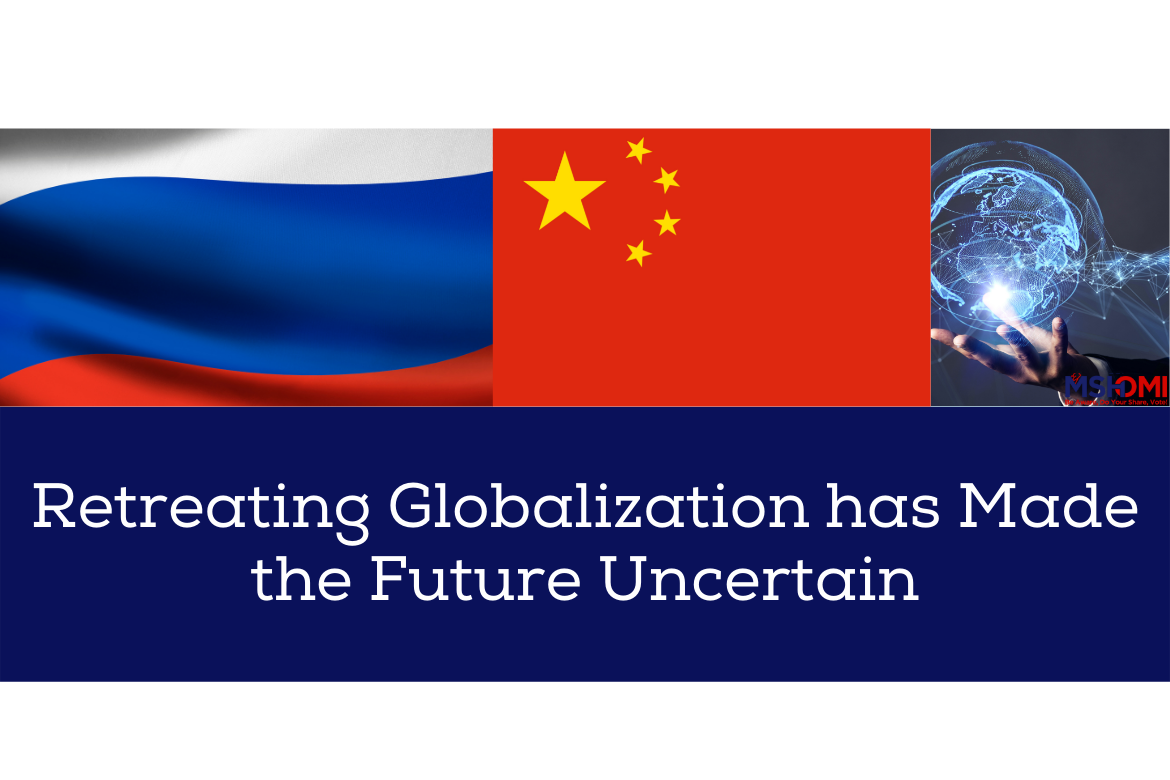 Why is Globalization Retreating?

Globalization is getting a hit for the following reasons:

Russia is facing global sanctions, due to which the businesses are getting impacted badly in the country.

The Russian economy, which is the 11th largest in the world, has thus been in the doldrums. Russia’s oil exports are facing the brunt of the global sanctions at the moment, which is not only surging the global oil prices but also resulting in delayed economic processes in the world.

Oil was the largest export of Russia, and currently, the country is seeking alternate markets to export its oil.

The whole economy of Europe is heavily dependent on Russian oil, and most of Europe has already promised that they will reduce this dependency in the near future.

All of this indicates that globalization would only retreat in the upcoming future, should countries not find a way to usually grow.

China is the new threat to globalization

Western sanctions against China for the alleged human rights violations are rising at a time when another slate of sanctions is ready if China invades Taiwan.

Recently, during his call with the Chinese President, Joe Biden stated that China should stay away from aiding Russia and intervening in Taiwan.

Likewise, the Chinese have fully militarized some of the islands of the disputed South China sea, which points out that the country is up for no good.

The economic impact of sanctions in China would even be greater than that of Russia, considering the scale of the Chinese economy is much larger than Russia.

China is currently the biggest manufacturing hub of the world, and its retaliation would also impact the global economy brutally.

Thus another potential conflict is being cooked up in global politics at the moment, which would make matters worse.

Military conflicts in the world are rising, which is also not a good indicator of globalization. Ranging from the American withdrawal of Afghanistan to a military coup in Myanmar, from civilian unrest in Kyrgyzstan and Ethiopia to the Russian invasion of Ukraine, the world is inkling more toward militaristic tendencies.

This means that countries are getting ready to go to any length to defy globalization.

All of this started under Donald Trump’s watch when he signaled the world that he was adopting his “America first” policy.

This made different countries realize that they need to take care of their own needs if they really want to survive in the contemporary era.

Although Trump’s doctrine ended, it has surely initiated a domino effect that is breaking the chain of globalized nations.