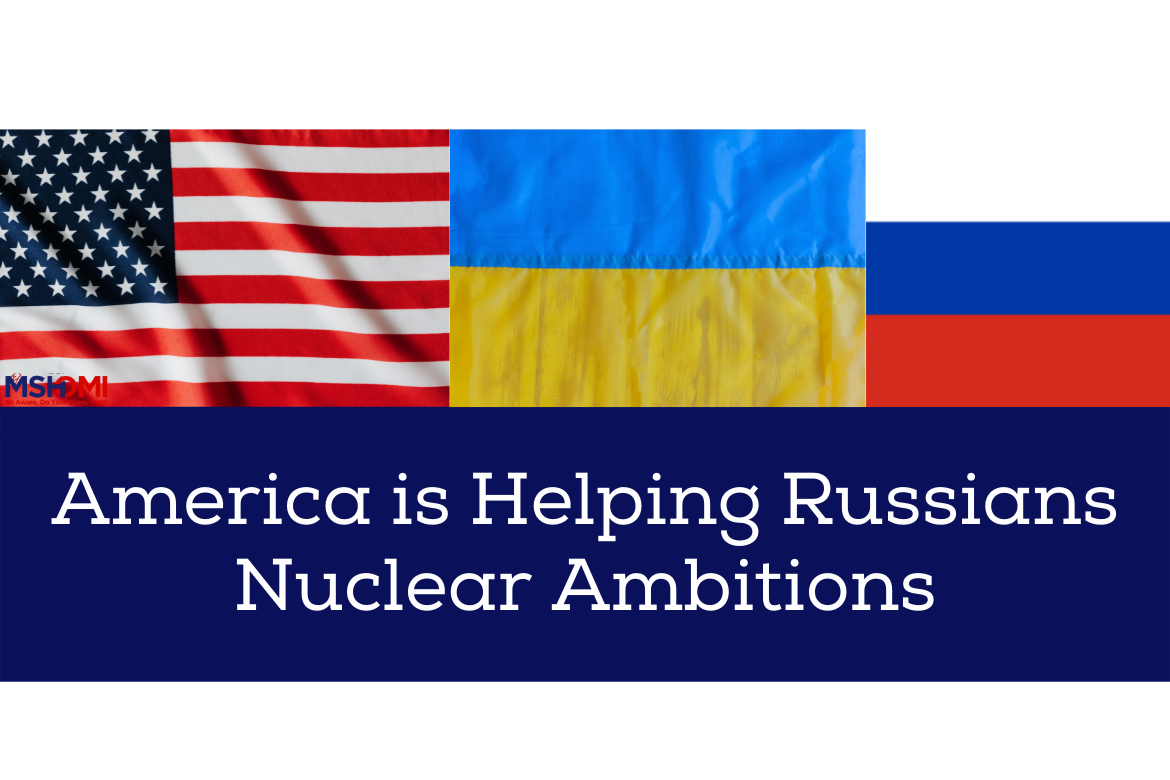 The United States did a remarkable job in the Ukraine crisis, something that was often supported bipartisanly. While many sanctions were controversial, still the American military aid given to Ukraine to fight Russian weaponry helped the country up to a great extent. By declassifying important intelligence reports, American agencies also managed to get popular support.

However, the same Biden administration was responsible for not deterring the Russian nuclear threat warning to the world.

Oftentimes, the United States champions the narrative of nuclear de-escalation, but it is responsible for the nuclear escalation in the first place.

America helped others by getting the bombs. Similarly, the establishment in Washington did not deter the nuclear threat of Russia, which pushed the world into crisis.

When Russia threatened the world that any country trying to help Ukraine would face consequences unparalleled in history, Russia was trying to win or at least neutralize the support of many American allies.

At the same time, Russian President Vladamir Putin put his nuclear forces on red alert. However, the United States remained silent in both places.

While Russia was busy threatening the world with a nuclear weapon, the silence of the United States in deterring Russia is something that is supposed to be considered the worst decision of American foreign policy. Deterrence is widely used in International Relations to maintain a balance of power in any region.

However, the United States did not deter Russia in any way. In fact, the policy goal of the Biden administration was perceived vaguely even within his own administration.

The top boss Biden stated that sanctions against Russia were not to deter Russia. However, at the same time, his secretary of state and the White House Press secretary indicated otherwise. Both of them claimed that sanctions were supposed to deter Putin’s invasion of Ukraine.

Even though Russia was ready to nuke Ukraine, the United States’ unassertive response is helping other nations to pursue nuclear weapons even more eagerly.

For instance, Iran’s nuclear talks were progressing parallel when the United States remained silent against Russia. Iran now thinks that powerful nations like America and Israel would not respond to a nuclear country with a nuclear weapon.

Thus, Iran can now pursue the Weapons of Mass Destruction (WMDs) more eagerly. The same is the case with North Korea, where the unassertiveness of the Biden administration has pushed the authoritative regime to test many hypersonic missiles in recent times.

Russia thinks that using nukes would not have any consequences

One of the universally recognized ways to stop military aggression of any nation is to deter them.

This was the strategy being used in the Cold War as well. When nuclear escalation was at its peak, and both the United States and Russia made nuclear weapons en masse, the war was averted due to the concept of Mutually Assured Destruction (MAD).

Now this doctrine of MAD is being diluted as Russia thinks that it could even be spared after the use of a nuclear weapon.

Tensions reached their peak during the Cuban missile crisis of the Cold War when both top nations threatened to nuke each other. Contrary to this, now only Russia is threatening while the United States is remaining silent.

This does not mean that the United States should nuke Russia. Deterrence is only used to stop the rival country from pursuing aggression.

Under the threat of MAD, no country dares to use a WMD against the other. And this would not be perceived as a threat to Russia directly under NATO since the US is not firing a single bullet on Russia. In fact, it would only lead toward an equally assertive nuclear threat.

This is How Biden Saved Putin from Humiliation in Ukraine