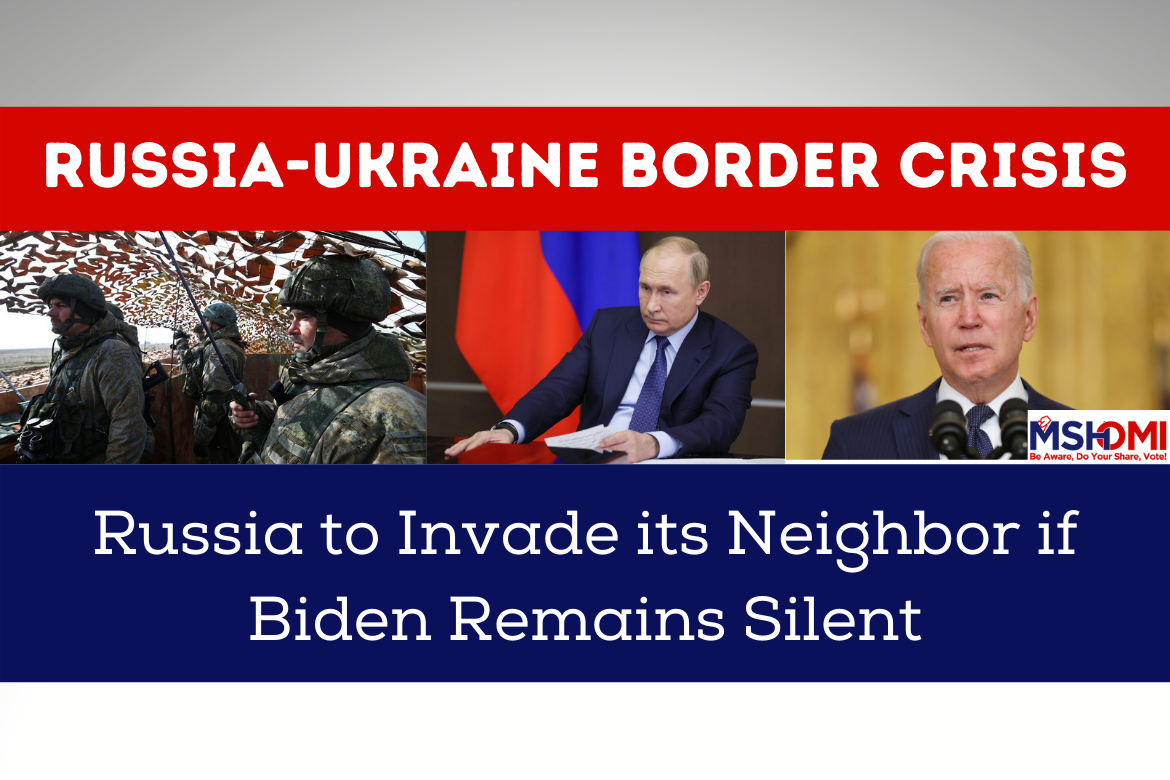 Russia is continuously massing its troops on its border with Ukraine, a buildup that is sparking tensions among the global watchdogs.

The crisis is posing a significant challenge to Biden’s foreign policy, as the administration has vowed to defend Ukraine but refused to draw any red line for Russian aggression.

In the US, the governments have often tried not to answer red lines questions, as once drawn, they bind the government to act, or they can lose their credibility.

However, in the case of Russia, the Biden administration has categorically refused to draw any such line, which gives Russia more room to experiment militarily, considering that it holds no risk for global intervention.

Time for Biden to Use His Experience of Vice Presidency

Biden is likely to follow the precedent set by his former boss Barack Obama, who avoided any direct confrontation with Vladimir Putin, noting that the latter has no limits to escalation as Russia will continue seeking more aggression every time the US takes countermeasures.

Then-Vice President Biden’s involvement in tackling the Ukraine crisis characterizes the Russia-US relations back in Obama’s tenure when Russia even invaded Ukraine in 2014.

Biden, thus, knows the dynamics of Russia-Ukraine relations better than any other president, considering his involvement in the matter as a vice president.

China and Russia: Two US Adversaries Getting Tense After US-Afghan Withdrawal

Recently, Joe Biden issued a statement honoring those who died in Ukraine under Joseph Stalin, assuring the country that the US stands by it to defend its sovereignty and integrity. Although he did not single out Russia, however, the resolve to counter the US’s cold war foe looks real.

Currently, the US is engaging Russia through diplomatic channels, and both Putin and Biden are likely to have another summit soon, primarily directed to cool down Ukraine tensions.

However, this time, the US needs to be assertive to emphasize that Russia not pursue military adventures in Ukraine.

Both prominent adversaries of the US, i.e., China and Russia, are looking to invade the territorial boundaries of their neighbors, Taiwan and Ukraine, respectively. Reportedly, the US abandonment of Afghanistan gave these countries more room to carry out their military adventures in the regions they had long envisioned to capture.

Sanctioning Russia Economically: The Only Possible Option Left for the US

One of the ways to sanction Russia is to strangle their banking system coupled with energy infrastructure to ensure that the Russian economy gets a hit, and this is what the European allies of the US are also trying to do.

Another wave of sanctions which the US and its allies are pursuing against Russia is to stop their oligarchies from using credit and MasterCard, a move that will seek their economic strangulation.

Whatever the Biden administration wants to pursue, they need to do it on an immediate basis in order to stop the current Russian buildup on the Ukraine border.

Currently, more than 90,000 Russian troops reside near the Ukraine border, and any delay increases the chances of Russian invasion into Ukraine.

Although back-channel diplomacy and support is part and parcel of modern-day international relations, however, it is still giving Russia the notion that the US is unassertive in tackling the whole episode, hence encouraging them to take further extremist steps.

The top military leadership of both countries has also engaged recently, which can also trigger de-escalation regimes.

Ukraine has also called out NATO to help them avert the crisis. While NATO can share intelligence with Ukrainian authorities to get them better prepared against the Russian threat, the alliance will not be under any binding to support Ukraine, as it is not part of NATO.

Not only this, but NATO’s internal matters have already been shaky considering the rising differences between all the top members of the community.

Thus Ukraine’s reliance on such a superficial alliance would be nothing short of a mess.