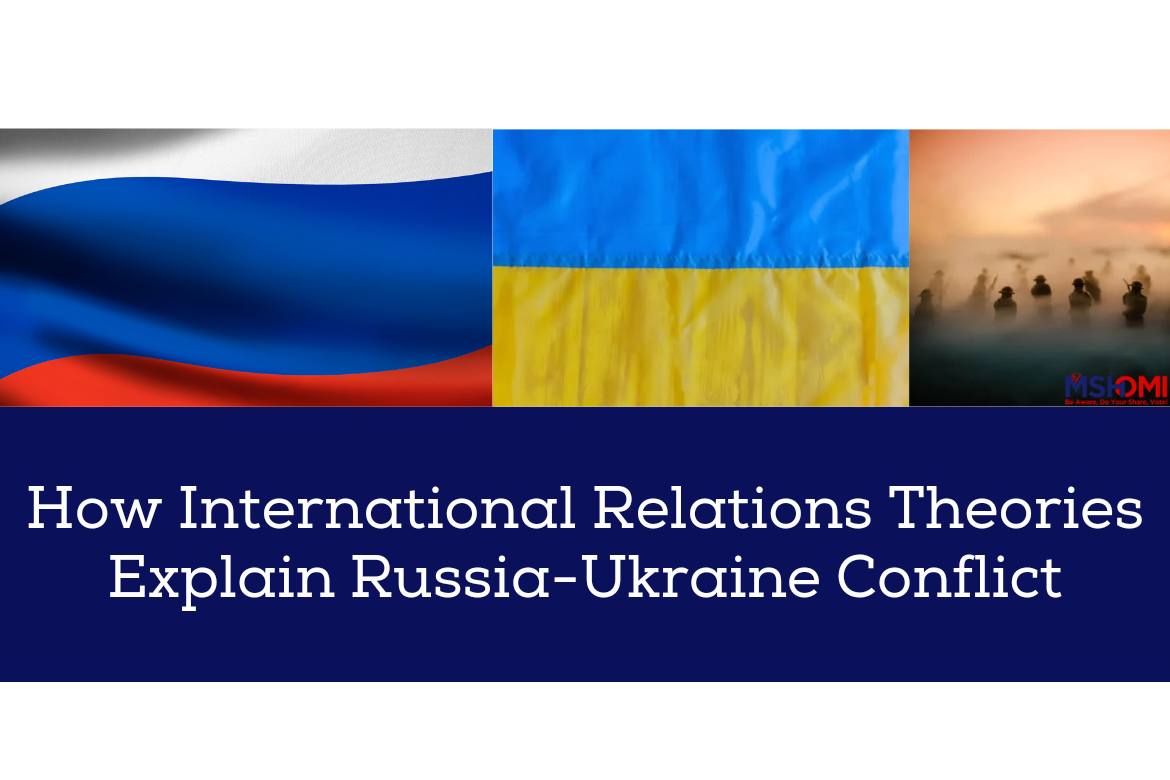 Many International Relations theories have been in the limelight since the onslaught of the field as an academic discipline.

Just like the temporary peace between the first and the second world war, the rise of military confrontations across the globe, as per the realism school of thought, depicts that the current peace after the cold war was also momentarily and a new war is being unfolded.

This marks the death of the liberal world order which was led by the United States and which believed that the hard wars would never be a reality again. Realism: The Only Way Explanation of Russia-Ukraine War

Realism, on the other hand, is becoming more relevant in contemporary international politics.

The fundamental tenet of realism is the pursuit of power in the foreign policy approaches. That nation-state proceeds to maximize its power for the sake of national interests is what realists believe.

Now when we apply the realism school of thought on the Russia-Ukraine issue, it can easily be seen that this is the only International Relations theory that is relevant in the current scenario.

America, for instance, wanted to maximize its global political clout by expanding the boundaries of NATO. Putin was shown as the evilest person in the world by the western media to portray him as the real troubler.

The Russia-US rivalry was a zero-sum game, so when Putin was regarded as a warmonger, the US establishment was perceived as the real savior of the world. Thus the talks regarding the inclusion of Ukraine and Georgia into NATO started becoming relevant.

Now when we see it from the Russian perspective, Russia did not see this as a favorable development with regard to its own self-interest. They played their own tricks to pursue power and hence self-interest. Therefore Russia invaded Georgia in 2008 and then Ukraine in 2014 and 2022.

For Russia, creating a buffer zone to avoid America from offering NATO membership to Ukraine was the only goal. Thus this is one of the prominent demands of Russia in all this conflict.

Realism and Crimea: The Politics of Balck Sea for the Pursuit of Power

Then comes yet another Russian demand that Ukraine should accept Crimea as a part of Russia if it really wants to stop getting invaded.

Crimea is a kingmaker in deciding the pathway for Blacksea politics. Thus Russia wants to annex the territory legally so that it could hold the key cards in the politics of the said sea.

This brings Russia to put forward yet another demand that the demilitarization of Ukraine should be done on an immediate basis.

While Putin accuses Ukraine of having the Nazification problem, the claims hold water up to some extent

Ukraine has a right-wing problem, and a political faction is rising in the country with a radical right approach.

Although the party associated with that platform did not get too many votes in the last elections, it is more of a social movement that is sweeping across the minds of Ukrainians.

Thus a sense of fear is present in Putin’s mind that the upcoming generation of Ukraine will have pervasive anti-Russia sentiments, which could be critical for the country’s future.

This is the reason why Putin wants to demilitarize Ukraine and has even named its war against Ukraine as a special military operation.

Contrary to this, the international relations theory of liberalism is unable to explain the recent developments in the world.

The very purpose of the global international institutions has been shattered with the Russian invasion of Ukraine and the purpose of having the United Nations is no more.

This marks yet another major defeat in the self-proclaimed liberal international institutions which were supposed to resolve any armed conflict in the world through doctrine of negotiations.

But just like the issue of Palestine, Kashmir,  Iraq, and Afghanistan, Ukraine has become yet another failure of the liberal world order.